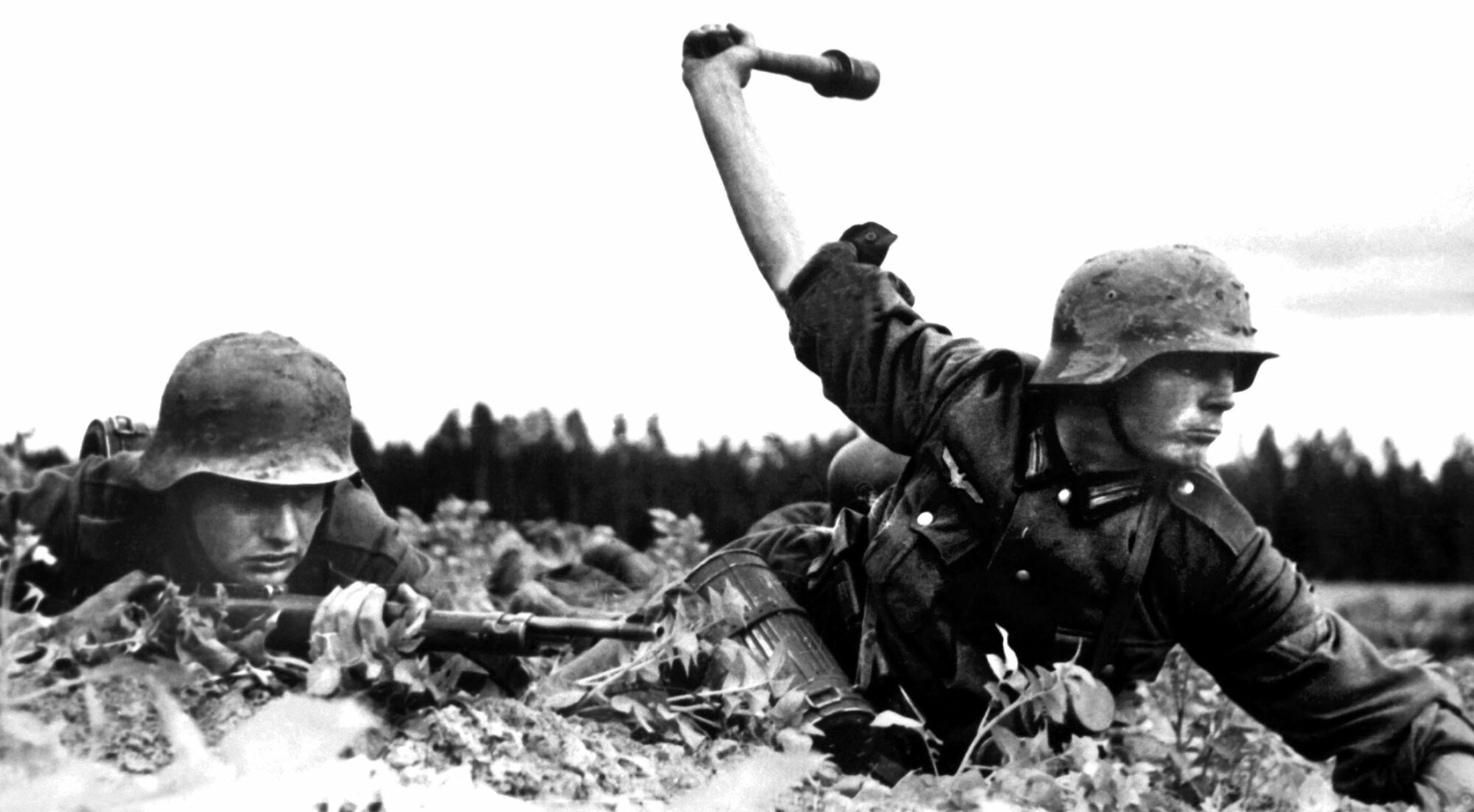 Late on the night of June 5, 1944, while American paratroopers were on their way to drop behind Utah Beach, another, smaller air armada carrying 170 British airborne troops was also dashing headlong into battle like an aerial cavalry charge towards the far eastern flank of the Normandy invasion site. Read more 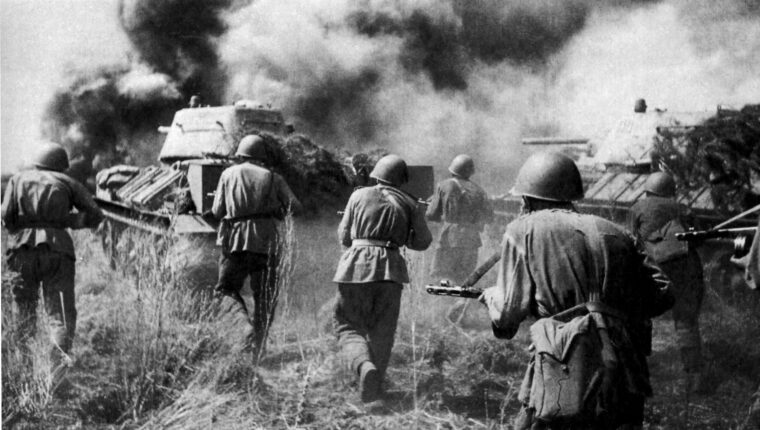 “The big defeat at the Kursk bulge was the beginning of a fatal crisis for the German army,” said Marshal Aleksandr Vasilevsky, the Soviet Chief of the General Staff. Read more 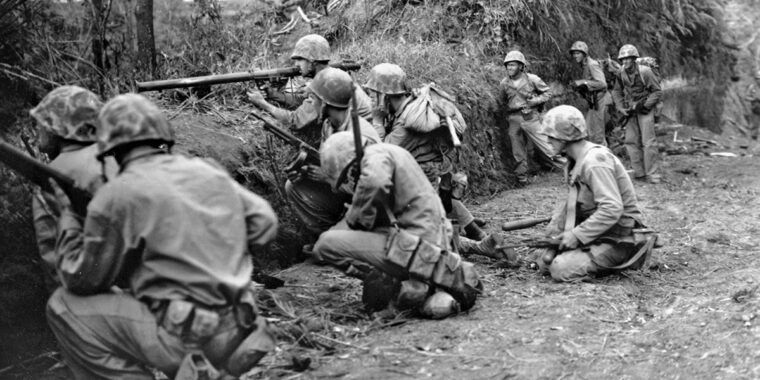 Iceberg in the Pacific

The curious coincidence was obvious to everyone. April 1, 1945, was both Easter Sunday and April Fool’s Day. Read more

Ignoring the swirling sands stirred up by the fierce winds of the Sahara Desert in the early morning hours of February 14, 1943, Generalleutnant Heinz Ziegler ordered his panzer columns forward to attack the American forces deployed in central Tunisia. Read more 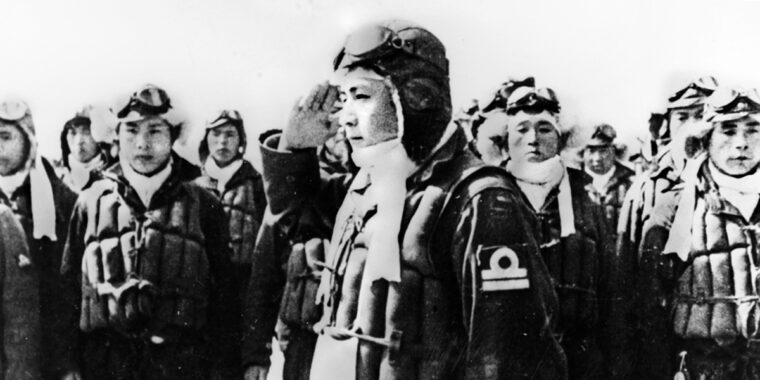 The nation of Japan was hopeless before the invading force. They were outnumbered, and the enemy was about to land on the shores of the Imperial Home Islands. Read more 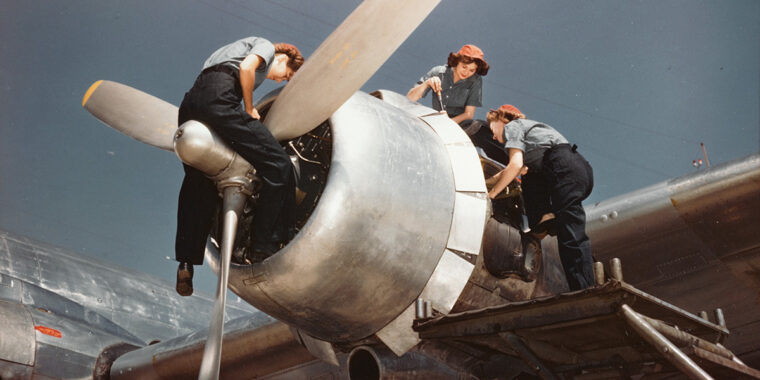 On December 7, 1941, Japan bombed Pearl Harbor. The next day, the United States declared war on the Empire of Japan, and the following day President Franklin D. Read more 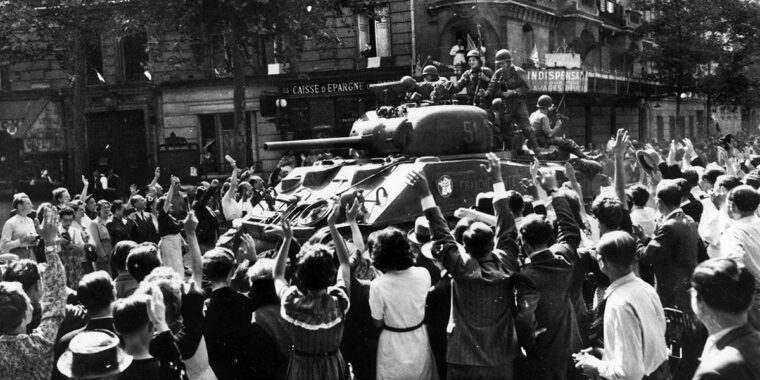 It was March 14, 1944, and Private Albert “Albie” Duddy of D Company, 1st/4th Battalion Essex Regiment, was staring up at the monastery on top of the hill at Monte Cassino from a location north of the town of Cassino, Italy. Read more

The Boeing B-17 Flying Fortress was Outdated When WWII Began

In the minds of many military enthusiasts, there was only one bomber in the United States inventory during World War II. Read more 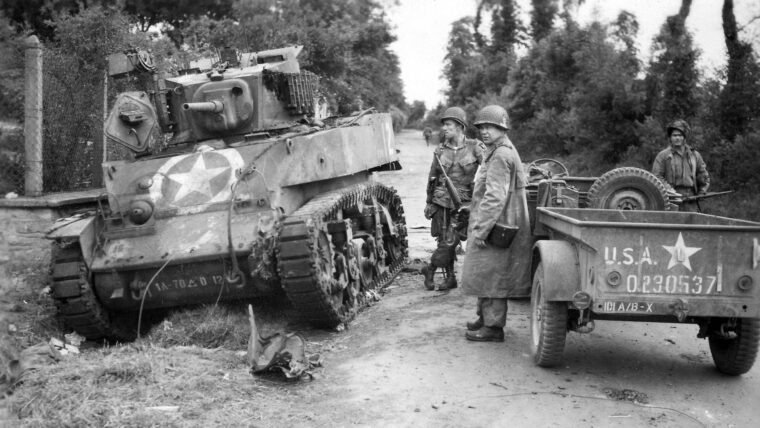 “Dead Man’s Corner,”at a road junction south of Saint-Côme-du-Mont, has become one of Normandy’s most famous landmarks. Read more

In Eisenhower’s Lieutenants, eminent historian Stanley Weintraub wrote that communications in the 1800s between America’s scattered frontier garrisons were slow, which encouraged a tradition of individual initiative in the American army. Read more

The men who were prisoners of war during World War II paid a terrible price in the form of PTSD—post-traumatic stress disorder. Read more

The Japanese Surrender at Tokyo Bay

After six years of global destruction, suffering, and death, World War II was almost over in the Spring of 1945. Read more

In the autumn of 1944, even before the failure of Operation Market Garden, the eyes of Allied commanders were on the great Rhine River, and when the time came to cross the last major natural barrier on the German frontier, American airborne troops would play a key role, while also participating in other operations during the last days of World War II. Read more