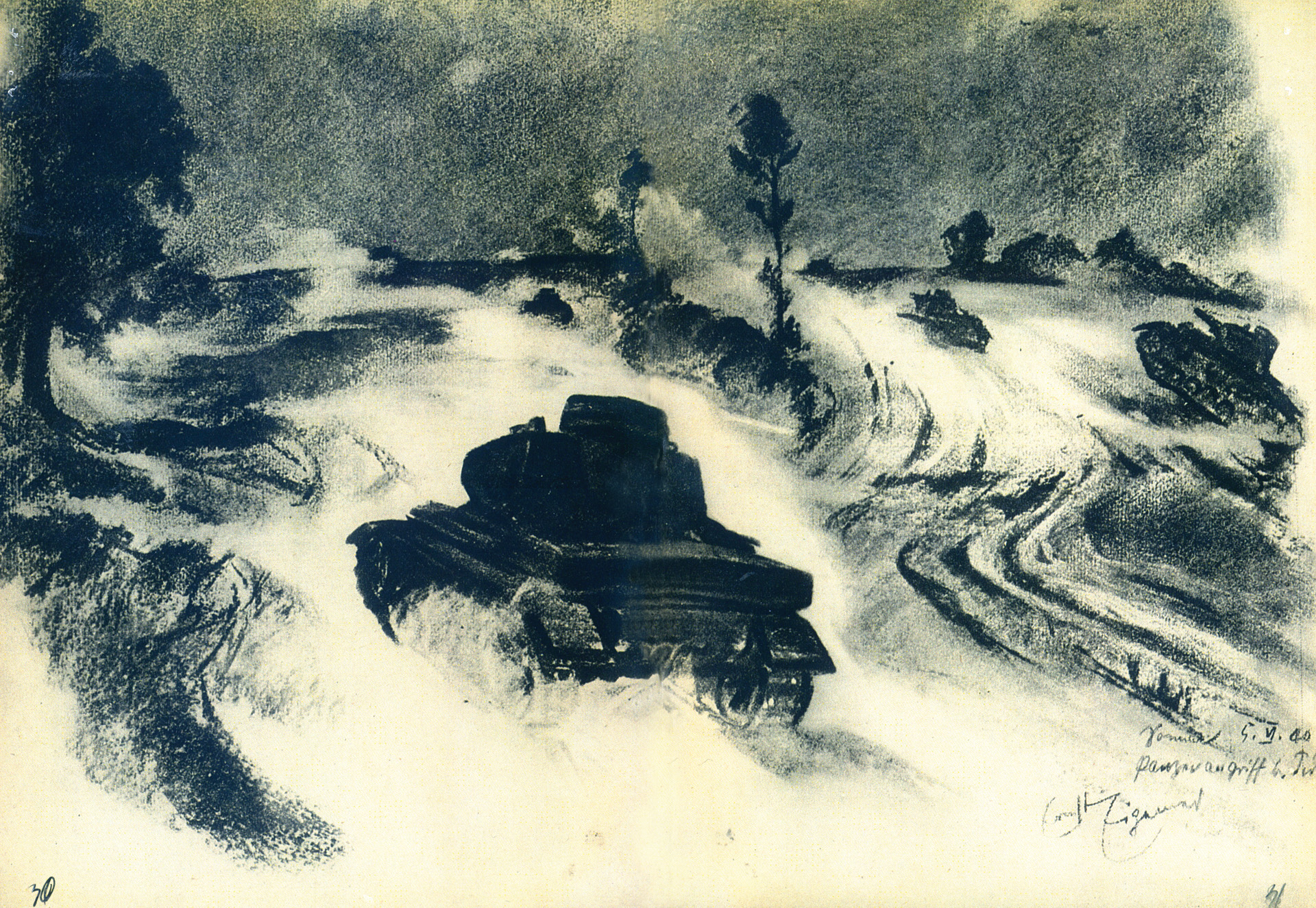 ﻿The talented Ernst Eigener captured war scenes with pencil and paintbrush until his battlefield death in 1942.

This article appears in: Summer 2018

It’s called Mein Skizzenbuch (My Sketchbook)—a 72-page booklet of pencil drawings and watercolors by noted German war artist Ernst Eigener, a soldier with Propaganda Co. 637, created during the conquest of France in 1940 and published in 1941.

PK 637 was formed in 1939 in Breslau and was attached to the German 6th Army that fought in Belgium and France before turning east and documenting war scenes during Operation Barbarossa, the invasion of the Soviet Union.

Many of the pieces in Mein Skizzenbuch were undoubtedly preliminary studies done in the field for larger paintings that Eigener probably hoped to finish later in a studio.

Little is known about Eigener, but his work exhibits professional training and an outstanding, vigorous talent that has often been compared to that of another German war artist, Hans Liska, and the American combat artists Howard Brodie and Kerr Eby.

On November 20, 1942, the 37-year-old Ernst Eigener, a soldier with a sketchbook instead of a rifle, died during a Soviet assault near Kalach on the Don River.