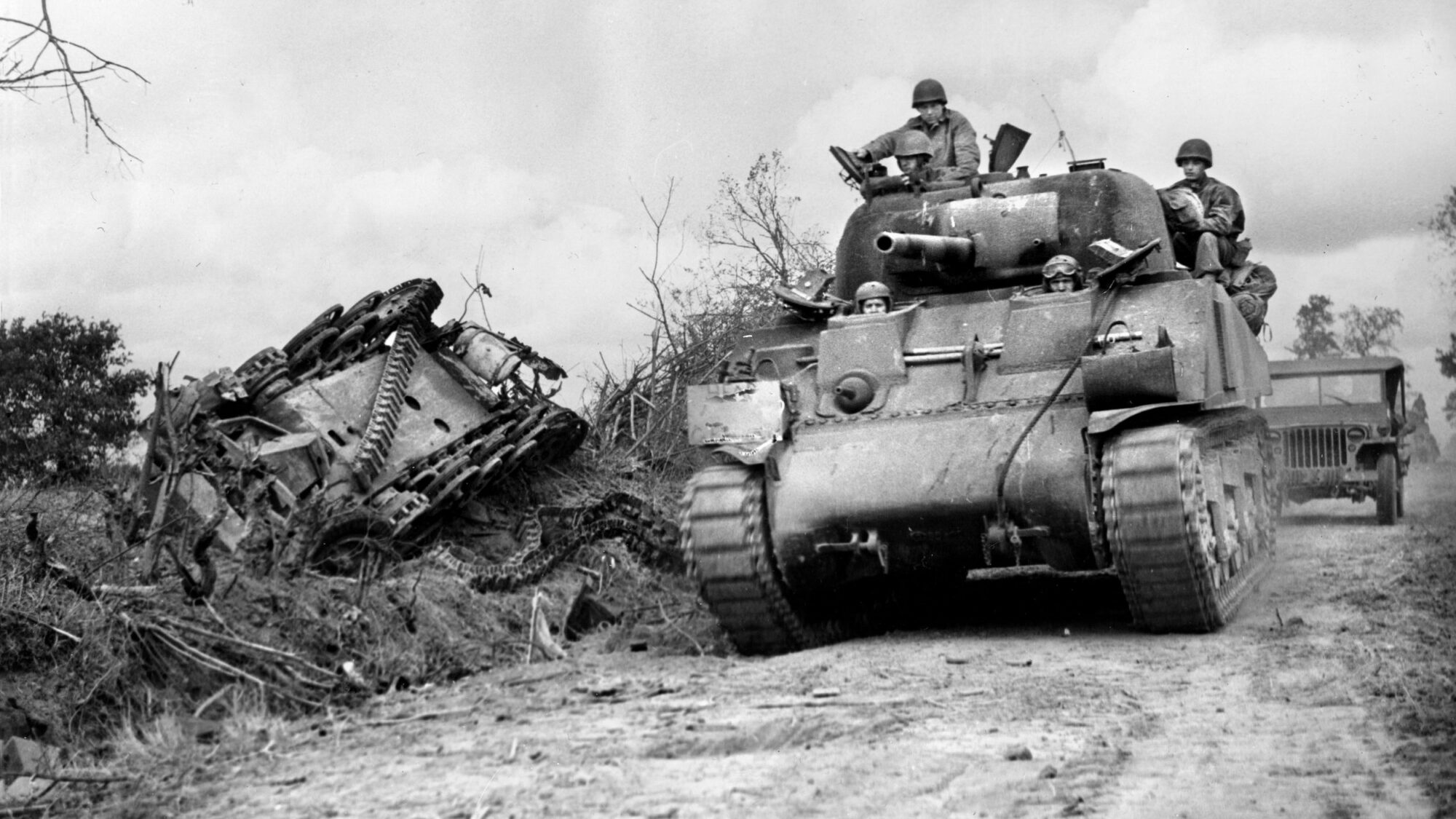 Photo Credit: The crew of an M4 Sherman tank pursues retreating German forces in northwestern France. By the time of the Allied breakout from Normandy, most of the German panzer units were badly crippled.

Following the Allied breakout from Normandy in July 1944, Lieutenant General George S. Patton’s armored spearheads sped toward their objectives giving the Germans no time to regroup.

By Robert L. Durham German panzergrenadiers surrounded Hill 314 just east of Mortain in Normandy on August 7, 1944, trapping several companies of the 2nd Battalion of the U.S. 120th Infantry Regiment. Over the course of the next five days, as the Germans rained mortar shells and pounded their positions with direct fire from their deadly 88mm guns, the tenacious Americans held on. Each time elements of the German 17th SS Panzergrenadier Division attempted to storm the rocky heights, the encircl