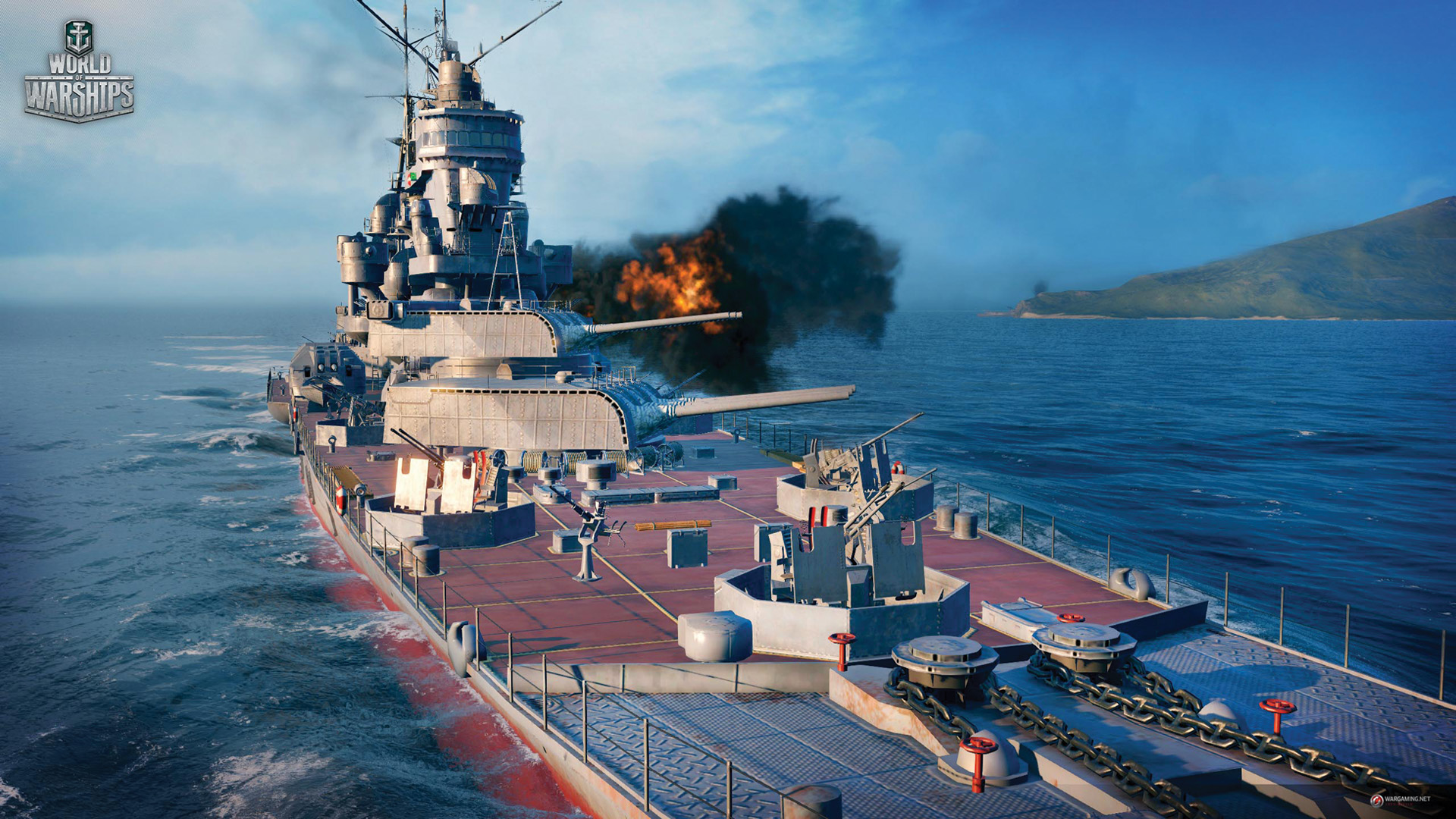 This article appears in: November 2015

Similar to the way wargaming.net has handled previous releases, World of Warships is an ever-expanding project that continues to add new features as it barrels toward its full release. This summer it made a huge leap toward said goal with the launch of an Open Beta. The Closed Beta that preceded it drew in more than 410,000 players, paving the way for a solid level of participation in the next Beta phase.

The Open Beta for World of Warships includes more than 80 warships from America and Japan, as well as 10 original maps that can accommodate 12-versus-12 matches. Both player-versus-player and player-versus-enemy combat is supported, with the warship options divided into categories like battleships, destroyers, aircraft carriers, cruisers, and so on. This all covers what players of the Closed Beta have come to expect from World of Warships, but the Open Beta also brought along a handful of fresh additions to battle.

Soviet and UK nations entered the mix, bringing their finest British and USSR vessels with them, and a signal flag customization system was introduced. Players can earn signal flags in battle as achievements, but they aren’t just cosmetic additions that show off accomplishments to friend and foe alike. The signal flags can also be applied to vessels to enhance performance, providing buffs and advantages. Some of the bonuses signal flags can grant are more credits per battle, more experience points in combat, improved speed, and beyond.