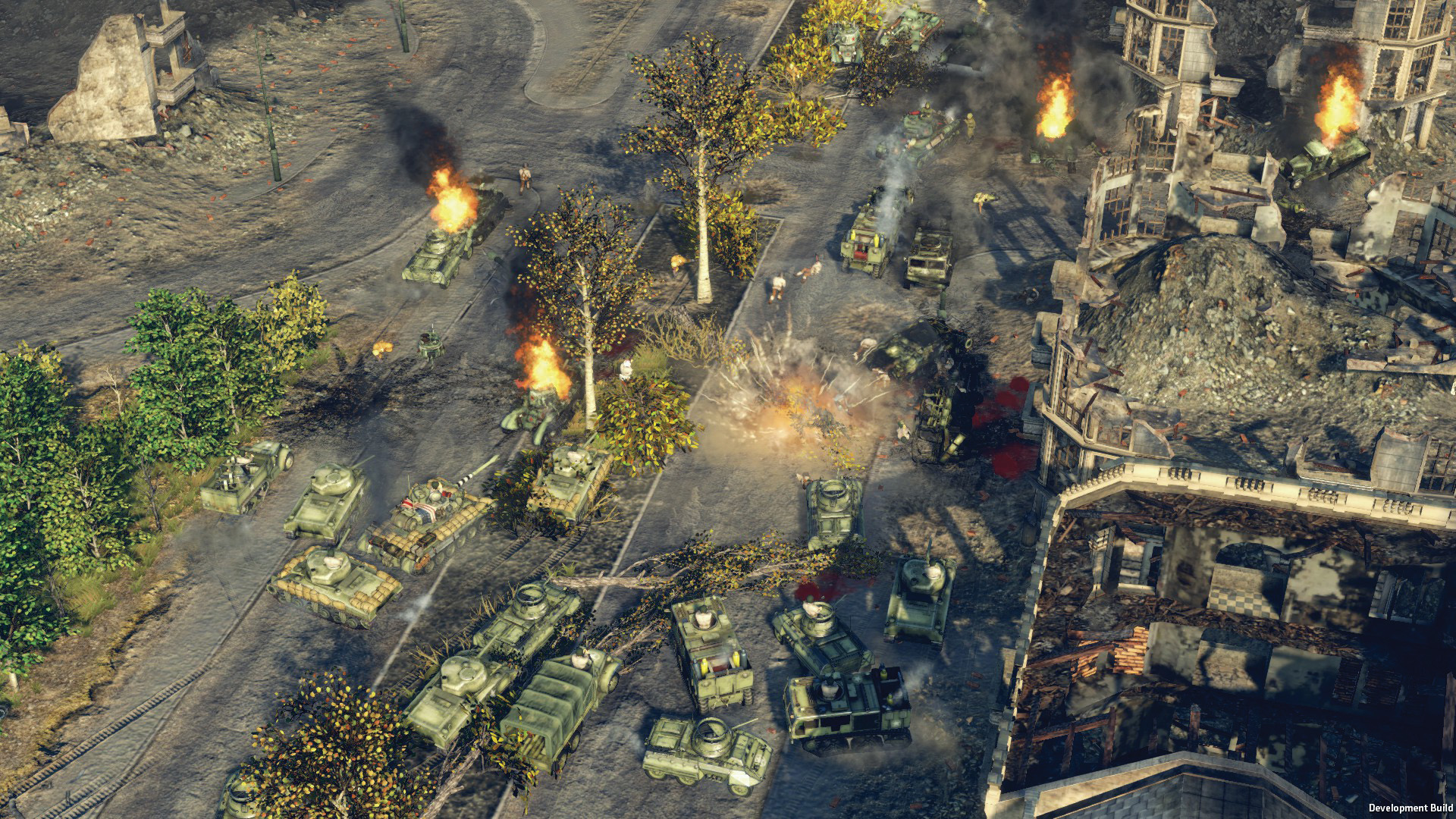 Sudden Strike 4 brings serious strategy to consoles, and we join the squad with a look at Raid: World War II.

This article appears in: December 2017

Developer Kite Games’ Sudden Strike 4 recently made its way to consoles with a release on PlayStation 4, offering one of the rare opportunities to enjoy real-time World War II strategy on the system. Thankfully, despite a few issues that are common with console versions of RTS games, it serves as a mostly solid example of the genre for both long-time players and newcomers alike.

Sudden Strike 4 lets players choose between German, Soviet, and Allied campaigns, each of which includes a variety of missions based on historical conflicts. The German campaign, for instance, follows the ups and downs of the Battle of the Bulge, Battle of France, and Battle of Stalingrad, tasking players with outsmarting and outmaneuvering their opponents in real time. This is where most players will likely start after they breeze through a relatively brief tutorial.

The fact that said tutorial is brief comes as somewhat of a relief, but the controls aren’t as easy to peg down as they could be. This is one of the most common snags with porting real-time strategy games to consoles, and it’s still a problem in Sudden Strike 4. It’s not necessarily that the actions themselves are overly cumbersome—you can select and group units to an assigned directional button for easy access, and switching between split groups is as simple as the press of a button—it’s remembering precisely what to do in the heat of the moment that tends to complicate matters. From the first mission to the last, you’ll be faced with snap decisions that could result in significant losses if you fumble, and fumble is exactly what you’re going to do while acclimating to the control scheme. 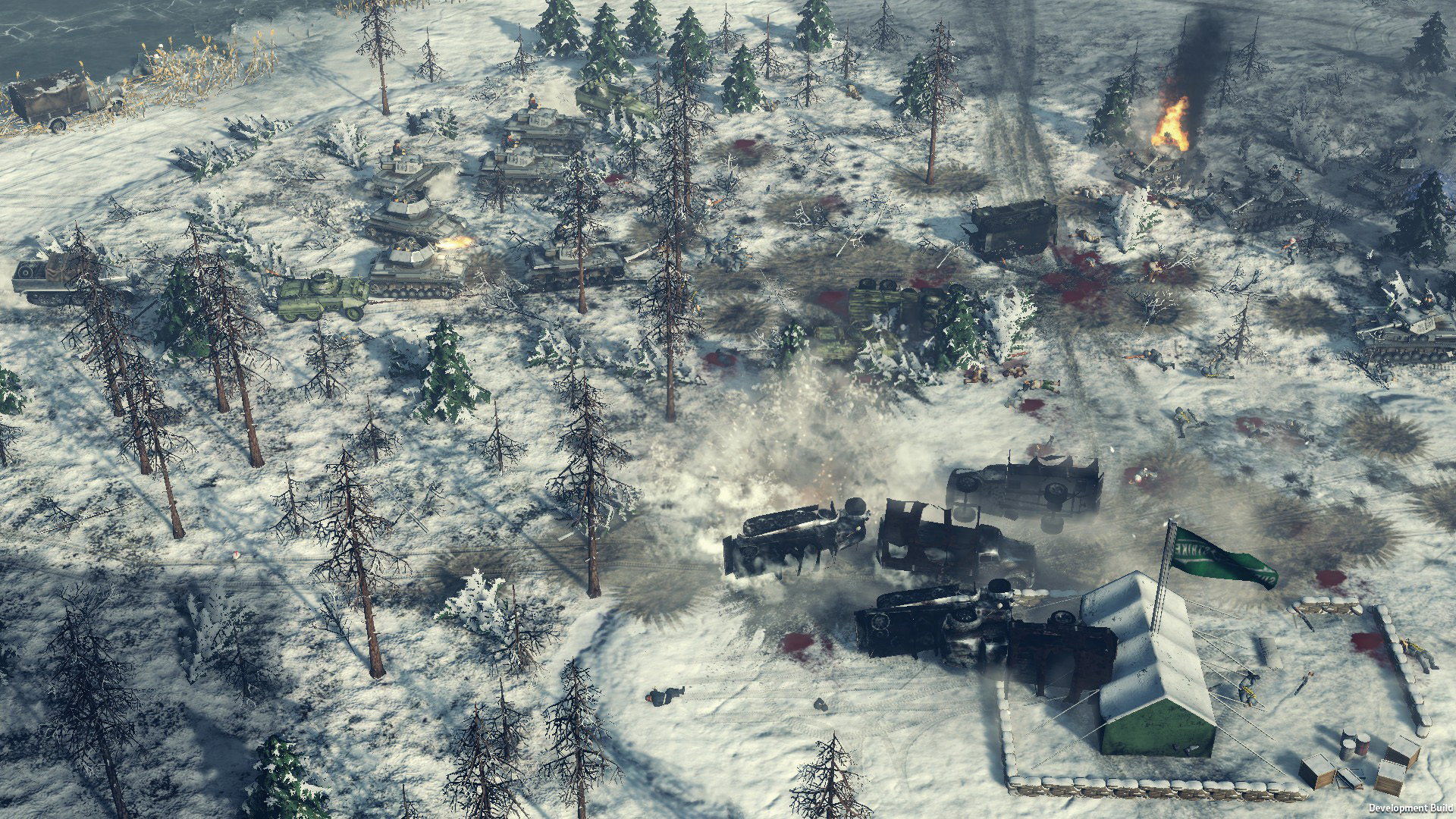 With that in mind, Sudden Strike 4 is best approached in a more methodical manner. You’re not going to get very far going all gung-ho right from the beginning, so it helps to take some time to figure out the best way to flank your enemy, or the best route to proceed forward without running into too many deadly surprises along the way. The combination of simplification and diversity makes all of this engaging, as players won’t have to focus on too much outside of taking out the opposition and leading their soldiers through enemy territory. You can seize weapons and resources along the way, but you won’t have to worry about too many additional details outside of keeping your units healthy and making sure your repair units survive long enough to continue doing what they do best.

Audio features such as voice acting and music are a bit uninspired, but the sound effects more than make up for them. It’s clear the developers put a great deal of care into replicating the feeling of overwhelming war sounds and the immense pressure that comes along with them. From whizzing gunfire to the mechanical screech of tanks and other vehicles, you’ll find yourself fairly well immersed once battles get truly heated. The presentation of Sudden Strike 4 is top-notch in general. Environments teem with character, from rushing rivers to ice cold snow-covered maps that present their own unique strategic quandaries. The attention to detail is key, and it’s not just cosmetic. In the snow, for instance, you’ll be able to better track enemy movements. This also works the other way around, of course, and you’ll also have to deal with limited visibility and hindered mobility. One of the keys to success involves learning how to use the environment to your advantage without letting the enemy do the same.

At the time of this writing, I was having some difficulties getting into regular multiplayer matches. Whether this was an issue of connectivity or a lack of free opponents is anyone’s guess, but it wasn’t easy. Player-on-player seems to run pretty well when you can get into it, though, so my best advice would be to join a PlayStation community and search for like-minded people who want to schedule some action. Otherwise, you’re better off playing on PC for a purely multiplayer experience.

Despite a few of the aforementioned hiccups, Sudden Strike 4 is an engaging real-time strategy game, and it’s an especially rare one for those who primarily play on consoles. If you’ve been hankering for something similar on Sony’s system, this is one of the best ways to scratch that strategic itch. 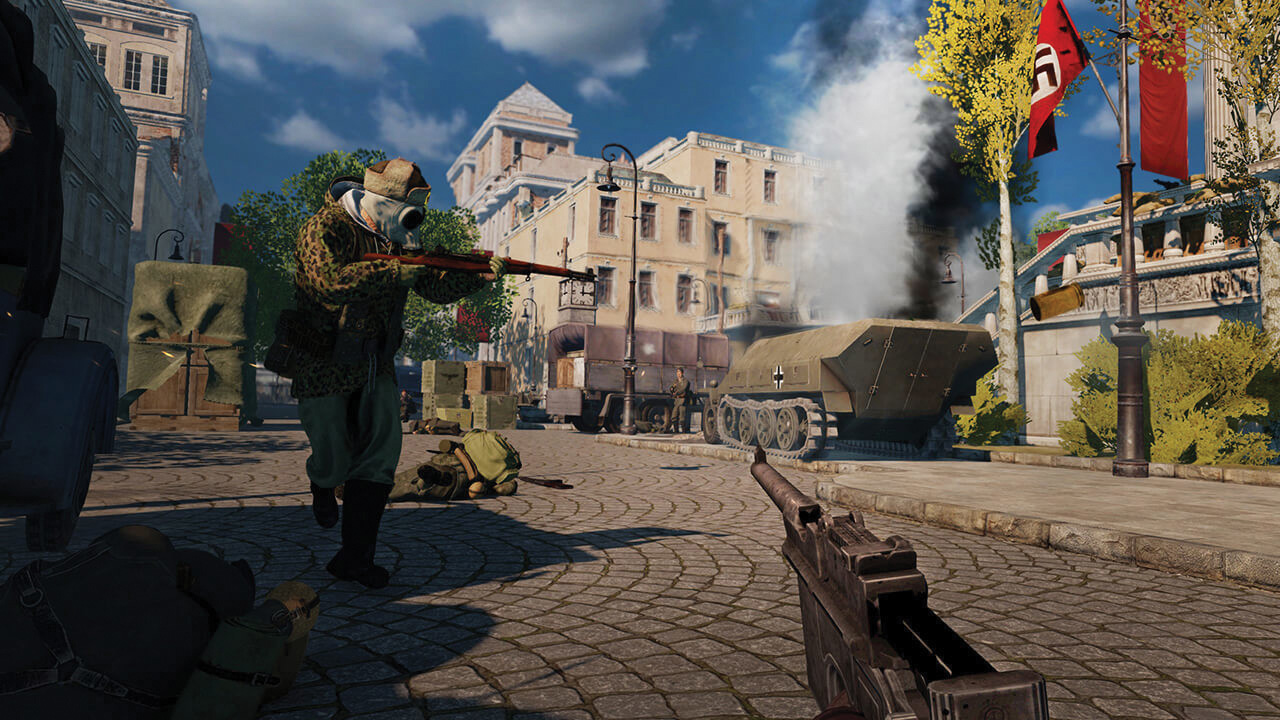 Developer Lion Game Lion and Starbreeze Studios recently put out a full release of Raid: World War II, promising an over-the-top, tongue-in-cheek entry in the first-person shooter genre. You know they’re not going for a full-on serious story mode when there are cutscenes featuring none other than John Cleese, and that irreverent tone carries through to the four main characters. Raid puts players in the role of one of four prisoners of war, all of whom were freed by the same secret British intelligence officer, Mrs. White, and hired to take out Adolf Hitler and the Third Reich. Thus, part of the goal is saving the world from the Nazi threat, while the other is, of course, earning as many riches as possible along the way.

By the time you read this, Raid: World War II will be available on PC and consoles (Xbox One and PlayStation 4), so we’ll have to go in-depth at a later date. In the meantime, those who are curious about the one- to four-player action can look forward to choosing between four different classes: Recon, Assault, Insurgent, or Demolitions. Each is designed with a variety of play styles in mind and comes with its own unique skill tree for incremental improvements. The four hired heroes—which represent Germany, the Soviet Union, Great Britain, and the United States—can all be customized, as well, and Raid makes it easy to modify all the experimental weapons they find on the battlefield. 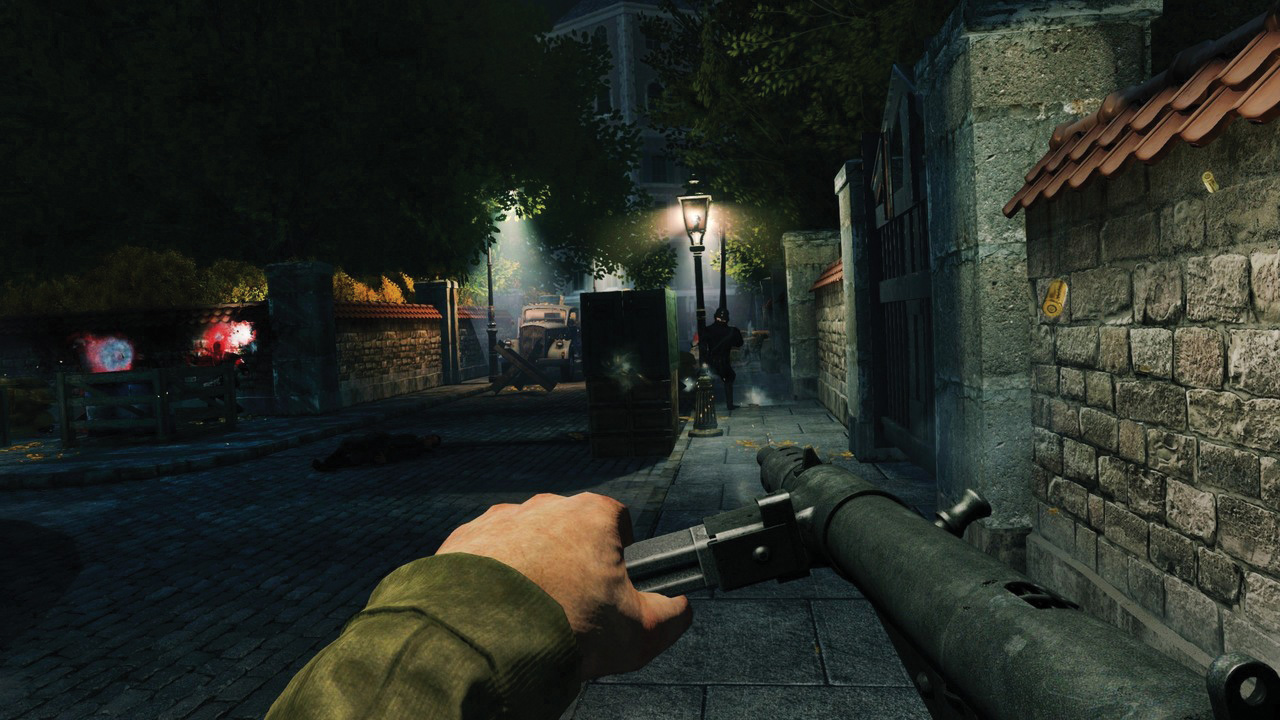 If you’re planning on digging into Raid: World War II at some point, you might want to go ahead and plan out your party in advance. After all, four-player shooting is better with friends than it is with AI, so hop online, form your ideal squad, and get ready to take on wave after wave of enemy soldiers until your unit is the last one standing.