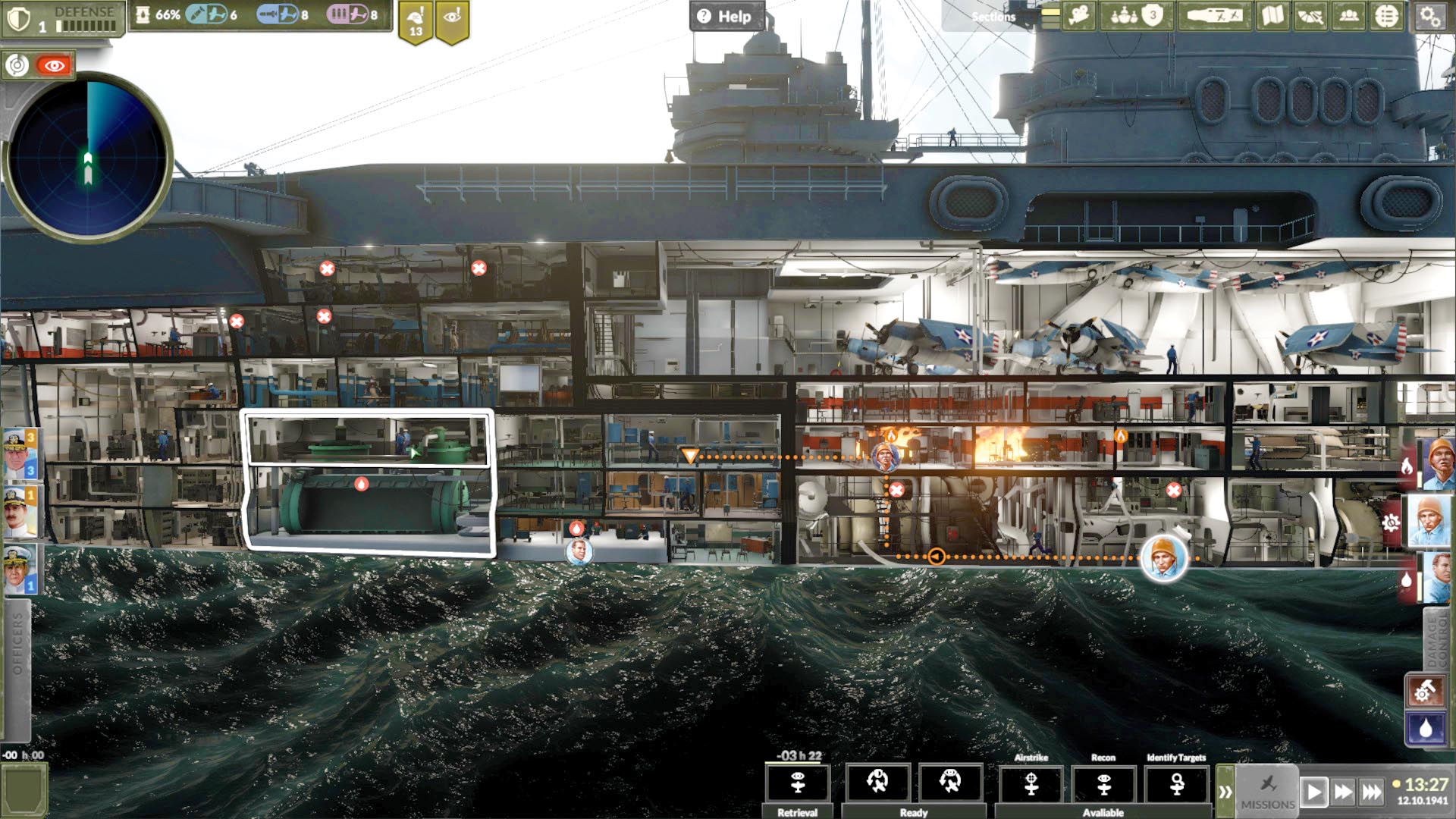 Take to the seas and stave off countless WWII naval disasters.

We’ve taken off from and landed atop our fair share of aircraft carriers in the past few decades spent with war-inspired video games, but how many of us have actually had to carefully manage said vessels? That’s the task at hand in Aircraft Carrier Survival, an indie strategy effort from publisher and developer CreativeForge Games that puts us in a unique position during World War II and, if all goes according to plan, will continue to roll out fresh updates for players around the world.

True to its name, Aircraft Carrier Survival has players taking control of all aspects of a WWII aircraft carrier, from the officers and their crew to the planes housed within it and the battles beyond. You’ll need to manage fleet resources, decide upon tasks for crew members and officers alike, and handle plenty of damage control as torpedoes strike, fires break out and water breaches the hull. These and other crises may happen all at once in an unpredictable manner, forcing you to make tough decisions and sacrifice individual aspects so you and your crew can live to fight another day.

Outside of balancing threats, Aircraft Carrier Survival is primarily a sim based on management and logistics. There is, by the nature of the scenario, a lot going on at any given moment, and not everything about the tutorial is properly in place to prepare you for it all. Some of the scenarios don’t quite seem like something that would make you actually break away from your focus on the mission at hand, while others are indeed legitimate emergencies that must be addressed immediately. One additional thing to note here is that combat is handled with a card-based system, so that should tell you all you need to know as far as your own personal tastes are concerned. If cards aren’t a deal-breaker, there’s plenty of excitement to be had in the battles themselves.

The folks at CreativeForge have rolled out a couple small updates and fixes since the game’s initial launch back in April, and while the future is potentially bright for this particular survival outing, it’s all going to come down to the level of support they provide. There are still many bugs scattered throughout and the strategic execution might not be the right fit for all tactical fans out there, but Aircraft Carrier Survival is worth a look whenever it happens to be on sale, especially if they catch up with the patching by the time this issue is in your hands.