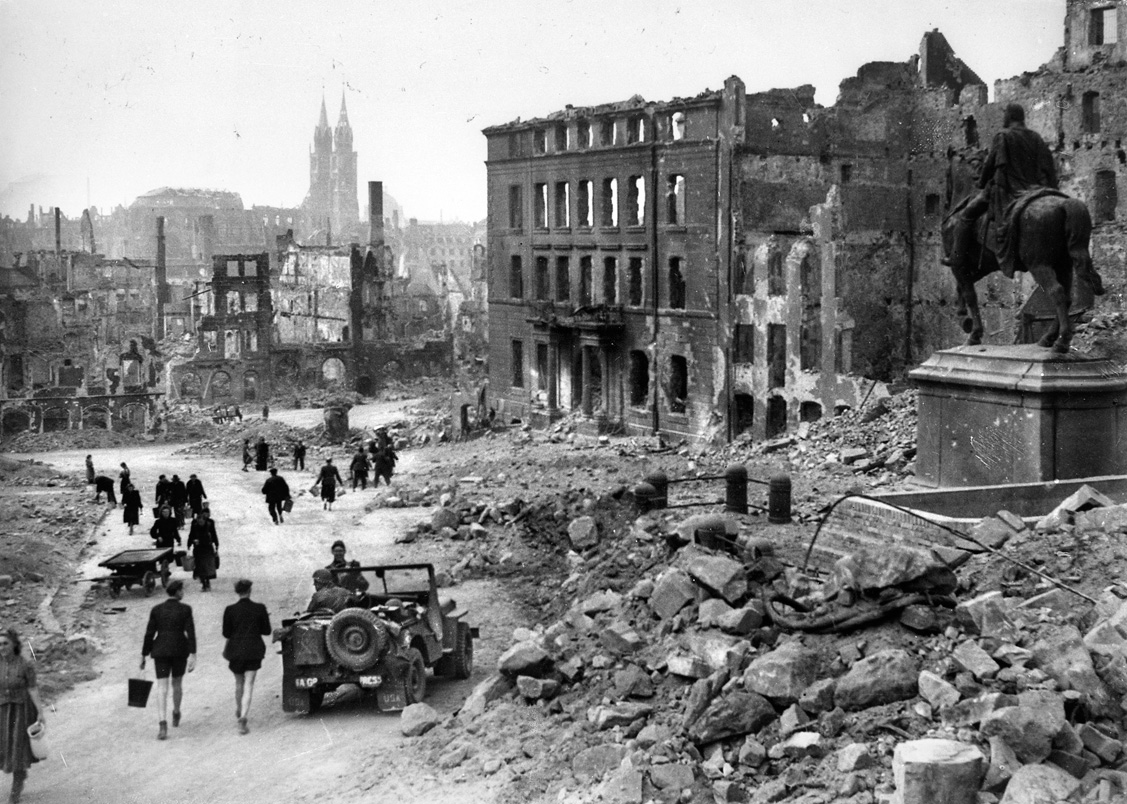 A Time to Celebrate—And Remember

Seventy-five years ago, the European phase of the global cataclysm known as World War II came to an end. The First World War—the “Great War,” the “War to End All Wars”—had ended not with a bang but with a whimper. This ending was far different.

The Germans had fought on to the bitter end, even when there was absolutely no chance that national doom could be prevented. One man—Adolf Hitler—had taken down an entire country with him. It was like the final, fiery scene of Richard Wagner’s epic opera, Götterdämmerung (Twilight of the Gods), where everything is consumed by flames.

My father was a World War II veteran, and it seems that I was always interested in the war. In 1965, when I was a young second lieutenant in the U.S. Army, I was posted to what was then called West Germany—a posting that further stoked my interest. That interest grew into a passion—and eventually a calling.

Whenever my duty commitments allowed, I would take off to explore the parts of Germany where the vestiges of the war remained. After all, it was only 20 years since the war had ended and there was much to see.

At that time it was still possible to find traces of that war—hollow shells of bombed-out buildings in the towns and cities; building facades pockmarked by bullets and shrapnel; a faint, faded swastika painted on a wall; concrete bunkers and “dragon’s teeth” anti-tank obstacles strewn across fields. I once found a rusty German army helmet in such a field.

I visited many sites related to the war—the sprawling, now forlornly empty stadium in Nuremberg where upwards of 100,000 fanatical Nazis (or naïve believers) gathered to hear their Führer speak; the Feldherrnhalle in Munich, where Hitler’s march to overthrow the Bavarian government in 1923 was halted by police bullets; the remnants of the bridge at Remagen, where American troops first crossed the Rhine; the Dachau concentration camp outside Munich, where so much evil was perpetrated in the name of racial superiority.

And in every village and town, there seemed to be a solemn monument dedicated to the local sons who marched off to war and never returned. It was then that I gained an appreciation for the stupidity of wars—and the courage of those who are called upon to fight them.

Ten years ago I was asked to become editor of this publication—an invitation I gladly accepted, for it brought me even closer to the study of World War II; I learn something new with every article that authors submit to me. I hope that I have been able to share that passion for the study of the war to you, our faithful readers.

And I hope that each one of you will pause at some point in 2020 to remember the last world war—and to join me in hoping that there will never be another one.