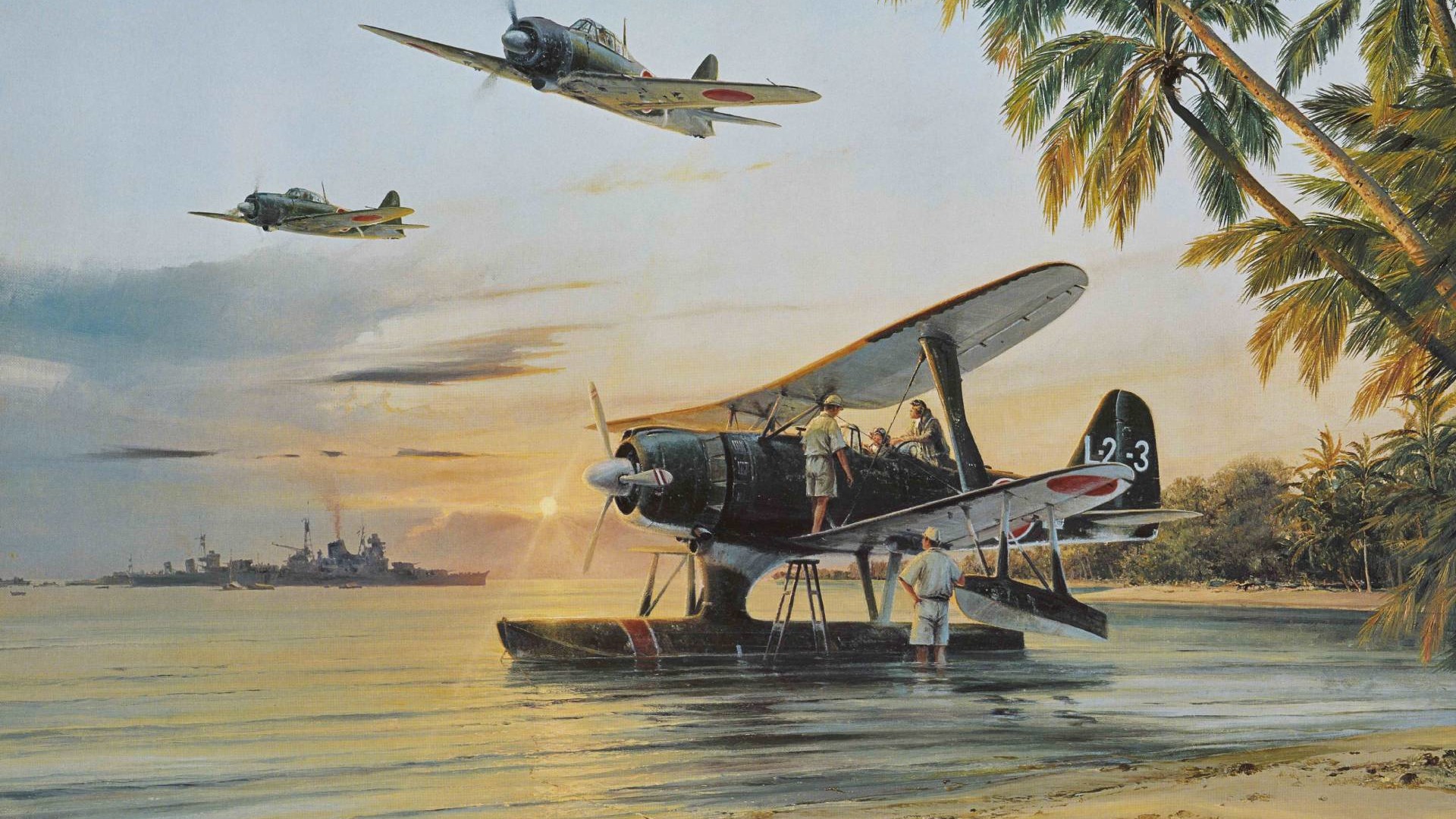 The next stage of World War II action can be found in the skies and on the ground and even on the table, thanks to a digital card game.

This article appears in: April 2019

Quality aircraft combat games aren’t exactly a dime a dozen, and publisher Iggymob aims to fill in that hole with the upcoming Dogfighter: World War 2, which is currently in development collaboratively with iBong and Grumpy for PlayStation 4. Originally announced as Plague Sky, the multiplayer action has a battle royale mode as its core, but there’s more to this high-flying shooter than capitalizing on the hottest gaming trend of today.

It’s been clear from the debut footage through the latest updates that Dogfighter is aiming for a more arcade-style approach to air combat. In fact, I’m relatively certain that dogfighting in World War II—or any war in human history, for that matter—didn’t involve actual dogs at the controls. Correct me if I’m wrong here! Since you spend most of your time staring at your plane in third person or through the cockpit from the pilot’s POV, I suppose the developers saw no reason not to swap out humans in favor of cloud-cruising canines. 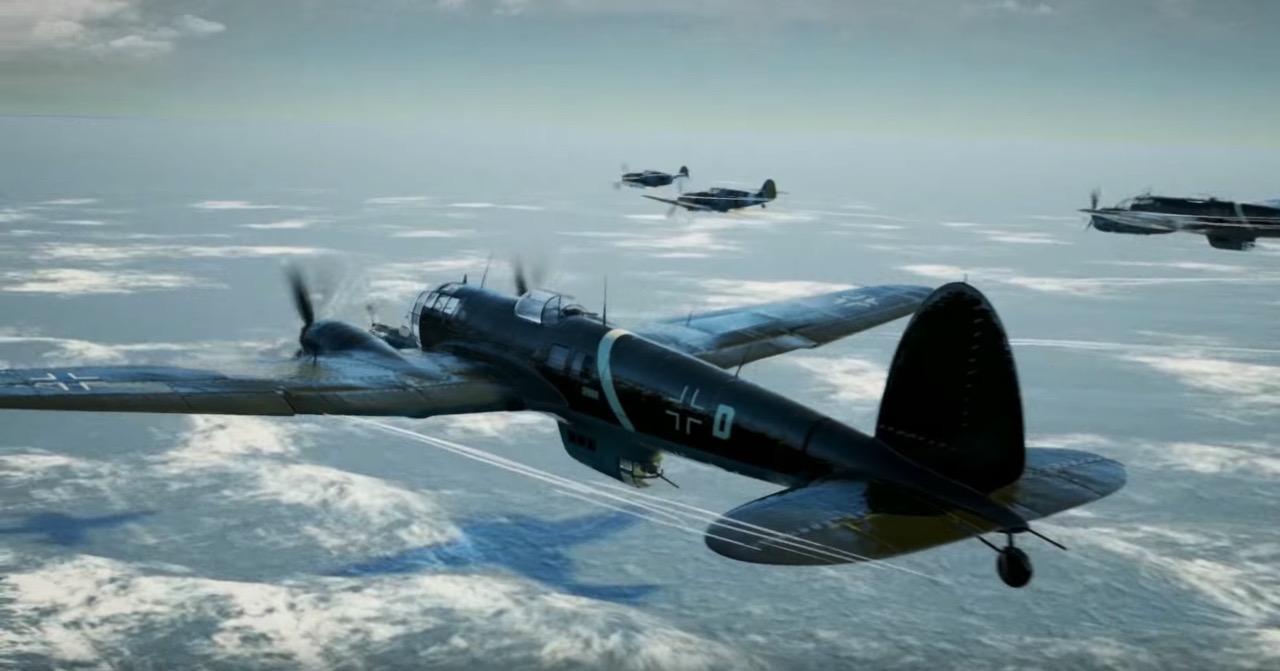 Like most battle royale games, blowing up everyone else on screen is just part of the battle. Dogfighter is all about surviving until you’re the last fighter in the skies, which should be an interesting challenge if enough players latch onto this particular brand of action. It’s not going to be easy with heavyweight competitors like World of Warplanes out there, but competition is always a good thing, and the right level of post-launch support could give a game like this some serious legs on PS4. 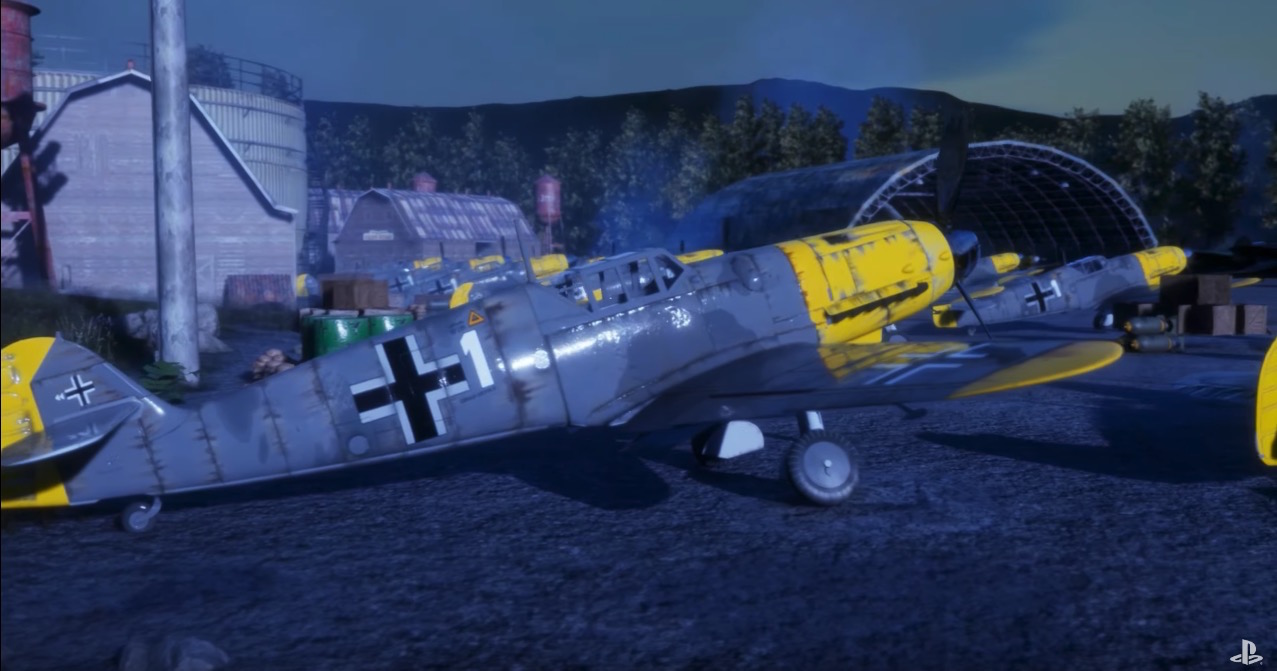 As arcadey as Dogfighter may be, there’s still a focus on realism despite the fact that it stars actual dogs. Explosions rock the screen high above and each aircraft is a nicely rendered recreation of real-world counterparts like the Spitfire Mk V, P52-Mustang, Messerschmitt BF-109, and Zero A6M. There appears to be plenty of respect for the actual battles of World War II, as well. Beyond the centerpiece battle royale mode lies a scenario mode that puts players in situations that approximate real events in a more cinematic way and tell their own wartime story.

How true Dogfighter: World War 2 ends up being to history is still up in the air, but it looks like a serviceable option for all the virtual pilots out there who need a brief respite from Warplanes or the more modern thrills of Ace Combat 7. If that sounds like a familiar scenario, keep your PS4 warmed up and ready for action this spring. 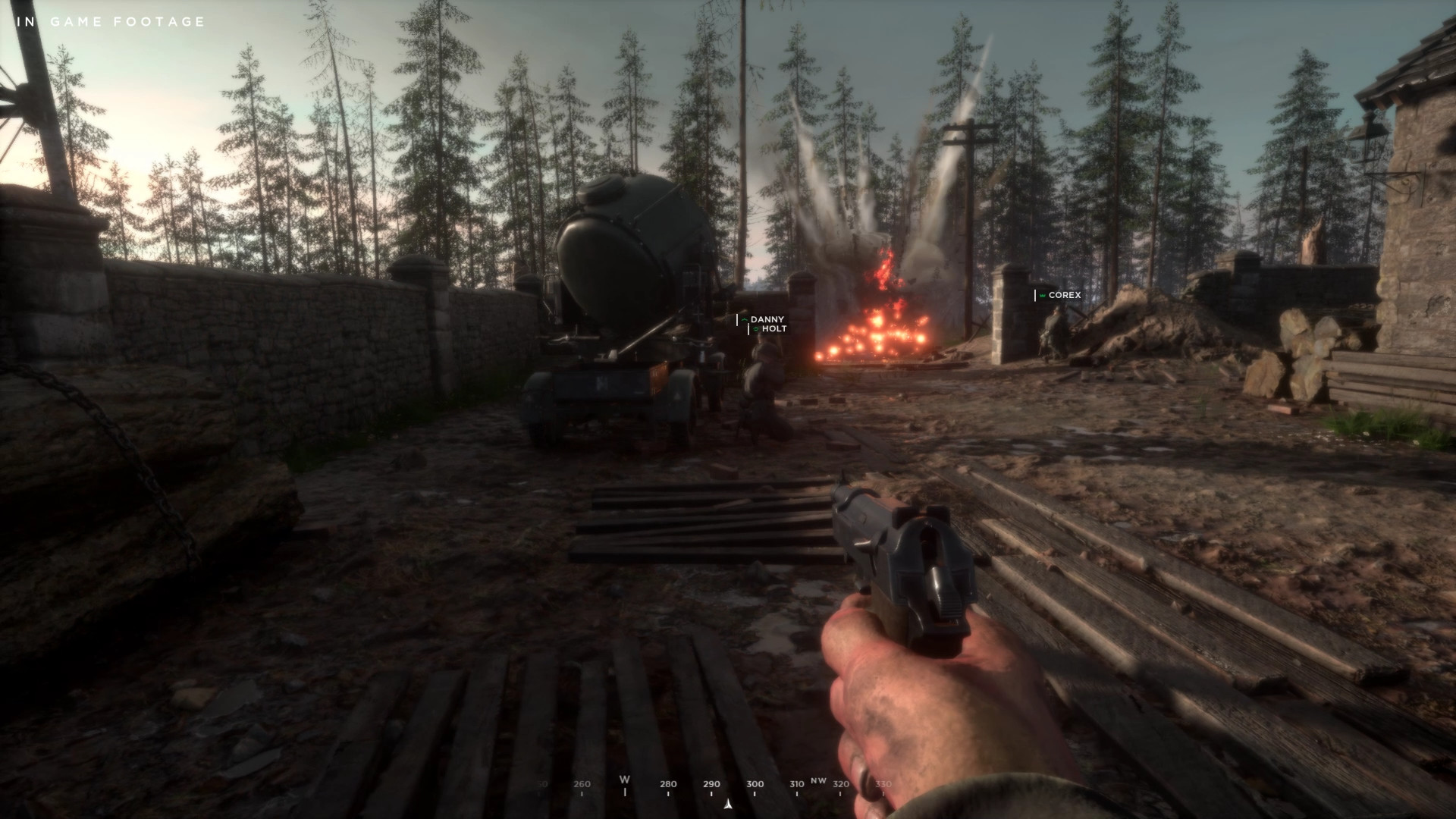 It’s been almost a year since we first wrote about Hell Let Loose, a World War II-based shooter developed by a small team and powered by Unreal Engine 4. This teamwork-focused outing was originally set for release sometime in Q2 2018, but now it’s lined up for an Early Access debut on PC in early 2019. Team17 is publishing, with Black Matter handling the suitably gritty take on the war that aims to support huge 50-on-50 multiplayer matches.

With historically accurate firearms and over 20 vehicles to choose from, the battles in Hell Let Loose will be, ahem, let loose upon 1:1 scale maps. As Black Matter previously detailed, the Norman countryside map alone—which is the battleground on which the game’s recreation of 1944’s Operation Overlord will be waged—takes roughly 15 minutes to traverse on foot. The realism carries over to strategies and the weapons themselves, which are outfitted with true limitations like jamming and overheating.

The wait has been extended for Hell Let Loose, so it’s understandable if expectations are a little higher at this point. If Black Matter has used the extra time wisely, this could be another alternative to the Battlefield series multiplayer shooter fans have been requesting for years. 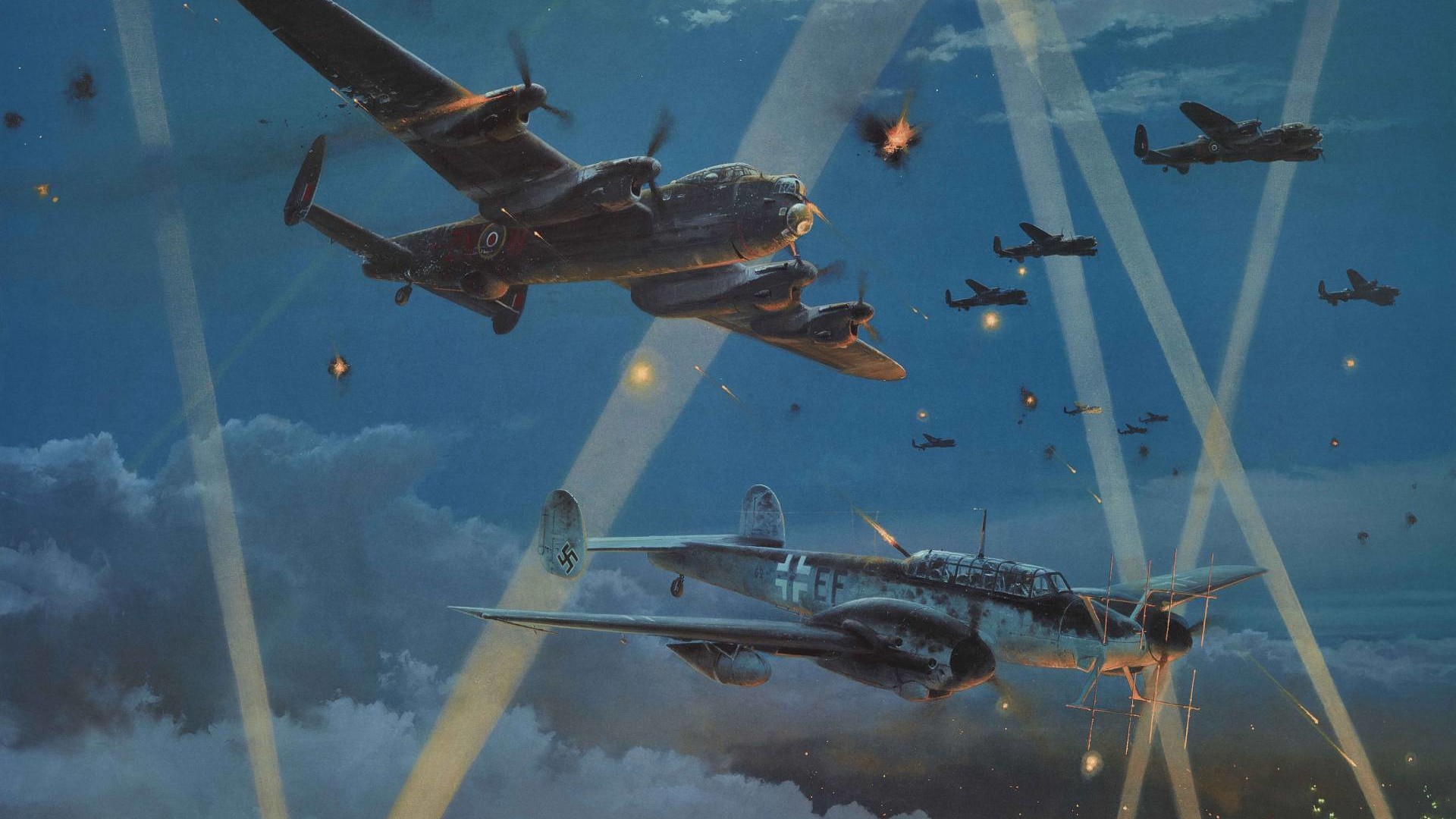 Making a physical card game can be difficult and costly, which is why developers are no doubt relieved at the growing popularity of digital versions. From Hearthstone to Gwent and beyond, taking your collectible cards to an online space means you don’t have to worry about printing on the production end or expensive collecting on the consumer end, making games like KARDS possible and immediately accessible.

As you might have surmised, KARDS is a collectible card game based on World War II, and it comes from the Iceland-based 1939 games, which is comprised of both current and former employees of EVE Online studio CCP. Players can build decks full of infantry, tanks, aircraft, and more from all periods and theaters of World War II, with a variety of tactics at your disposal. You could opt for a focus on advanced technology or espionage, or just bully your way forward with Blitzkrieg tactics or strategic bombing attempts.

The warfare on display is depicted through illustrated cards that stay true to the aesthetic of the time. It’s not all going to be free to play, of course. If you want to stay competitive you’ll eventually need to throw down money for more cards and decks that you can customize to your liking, until you’re a tabletop military force to be reckoned with. Beta access sign-ups are available for the PC version of KARDS, which also has a release on mobile devices planned for the future.