After its capture, U-505 became USS Nemo and was manned by a U.S. Navy crew. The submarine’s main duty was to sell war bonds, and the former enemy vessel visited seaports up and down the Atlantic coast during her bond tour. Read more

When most people think of World War II battle sites, North America seldom comes to mind. But the recent find of a German U-boat 30 miles off Cape Hatteras on the Carolina coast serves as a reminder of the naval combat that took place just off the shores of the United States. Read more

On this writer’s desk sits a small, pewter mug, dented and somewhat bat-tered. It is neatly engraved, and the lettering reads: “Wardroom H.M.S. Read more

They have been called “the other Navy,” the “Navy’s stepchildren,” and perhaps most fittingly, “the forgotten Navy.” Officially, however, they were the Naval Armed Guard or more simply the Armed Guard (AG). Read more

In July 1943, the American submarine USS Tinosa was on patrol in Japanese waters when she came across an unescorted oil tanker. Read more

Heroes of the Red Duster: The British Royal Merchant Navy

None of the Allied services engaged in World War II was in action longer or suffered a higher percentage of casualties than the British Merchant Navy. Read more

Nazi U-Boats: Rattlesnakes of the Deep

America was not at war, but American sailors were dying when American-owned ships were torpedoed by German submarines. Read more

World War II had been in progress for six weeks when on the evening of October 12, 1939, the German submarine U-47 surfaced off the Orkney Islands at the northern tip of Scotland. Read more

The U-boat landings of German spies off the coast of Long Island during Operation Pastorius were not the only instances of U-boats putting German agents ashore on the Atlantic coast of the United States. Read more

It was just about midnight on June 12, 1942, and the Abwehr (Nazi Germany’s intelligence agency) hoped that Dasch and his three men, along with another four-man group to be put ashore on the coast of Florida, would be able to destroy factories of the Aluminium Company of America (ALCOA) located in the United States. Read more

On May 27, 1945, U.S. Naval Reserve Lieutenant Leo Kennedy was patrolling from his station at Yonton Field in Okinawa. Read more 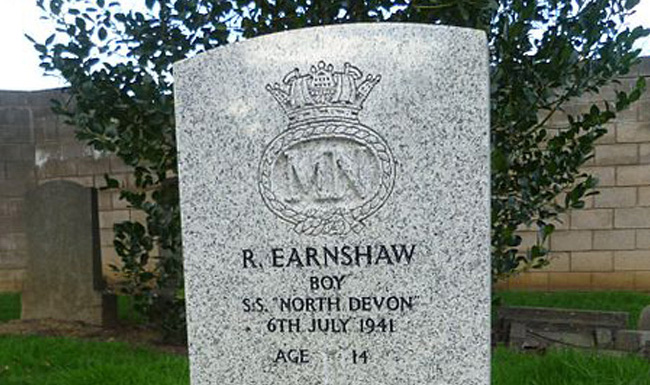 Duty in the British Merchant Navy was hazardous during World War II. Braving the stormy Atlantic, the expanse of the Pacific, and the daily rigors of life aboard ship were challenging enough during peacetime; however, during the dark days of the war a determined enemy, bent on bringing the island nation and its far-flung empire to their knees, unleashed a vicious campaign against Britain’s merchant lifeline. Read more