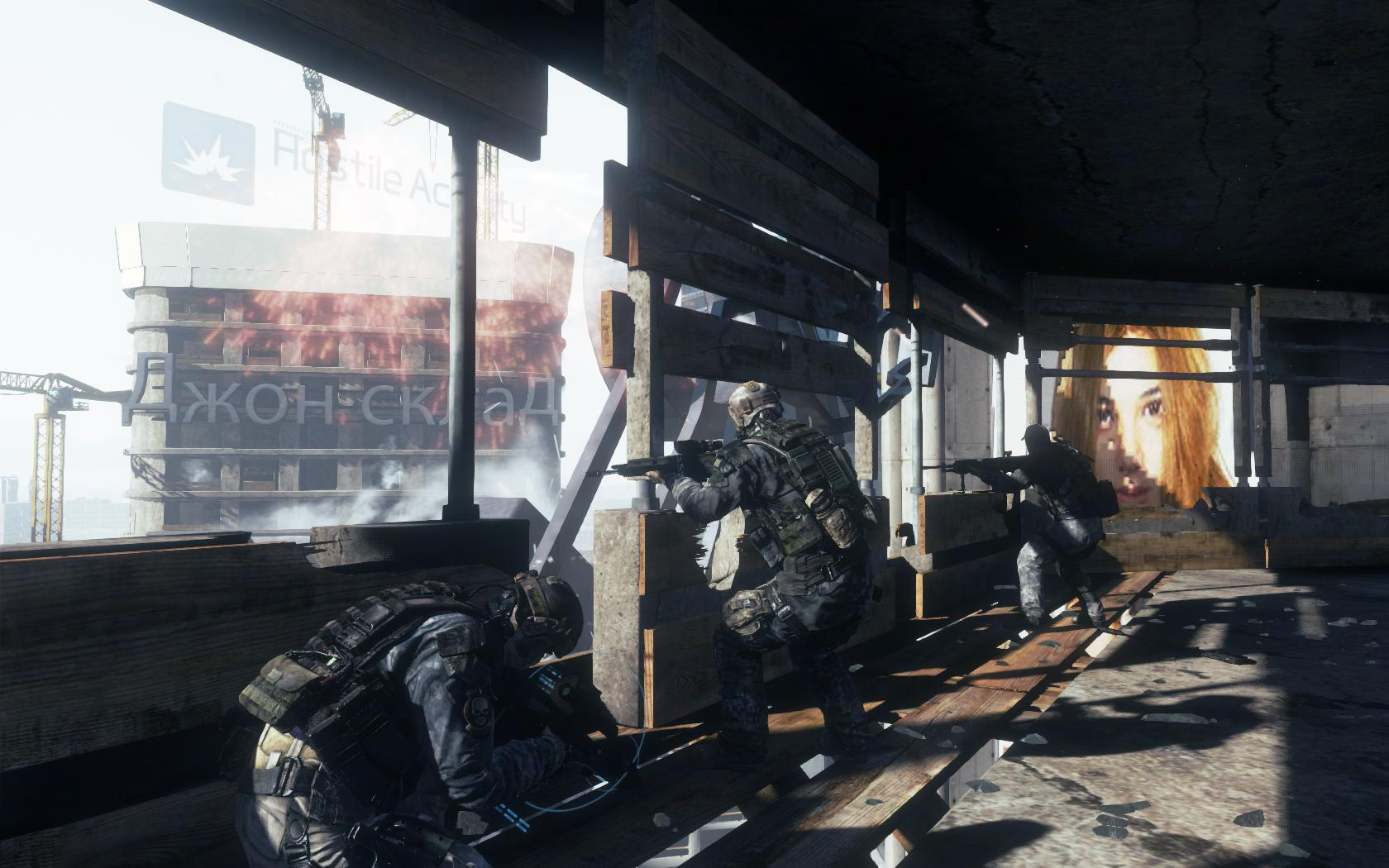 Tom Clancy’s Ghost Recon: Future Soldier Is a Fantastic Addition to the Series.

This article appears in: August 2012

I’ve long had a back-and-forth relationship with the Ghost Recon franchise. On one hand, the presentation has always been top notch, and the tactical elements are perfect for those who want a more methodically paced shooter. On the other hand, I’ve always been absolutely terrible at them. Ghost Recon: Advanced Warfighter—then and now affectionately known as GRAW, like an animal’s snarl—was one of the very first games I picked up for Xbox 360. As far as making me feel good about dropping major loot on a fancy new HD console, it did its job, but GRAW was quick to smack me up when I didn’t feel like playing by its own brand of delicately strategic rules. Enter Ghost Recon: Future Soldier, the latest entry in the series, which, for better or worse, takes things in a decidedly more “shooty” direction.

This is one of those things that can rope in new people while simultaneously alienating established fans, but it worked wonders for me. Yes, Future Soldier is still a squad-based shooter that rewards quiet and calculated kills, but it’s also much more forgiving, with an even heavier focus on handy futuristic war tech for getting through tough situations. The equipment is the star here, with you and your teammates taking the backseat in a brief but exciting campaign.

That campaign has you running, gunning, and escorting from Nigeria to Norway and beyond, taking down weapons traffickers, destroying arms shipments, and seeking out the source of a launched and narrowly averted nuclear attack. Story scenes are infrequent and largely inconsequential. I have a hard time keeping track of what’s going on in most war games—partly because they all tend to spin a very similar yarn—but I seemed to have even worse visibility when it came to Future Soldier’s narrative. Everything pertinent is doled out in premission briefings, and I’m just here to do my duty for the good of the nation, okay? With that in mind, it’s still nice to see that, despite all its celebration of advanced battle tech, Future Soldier isn’t one of those insane, gung-ho “Yeah! War!” stories tagged with a limp attempt at a message to the contrary. It’s very straightforward and doesn’t waste the player’s time. 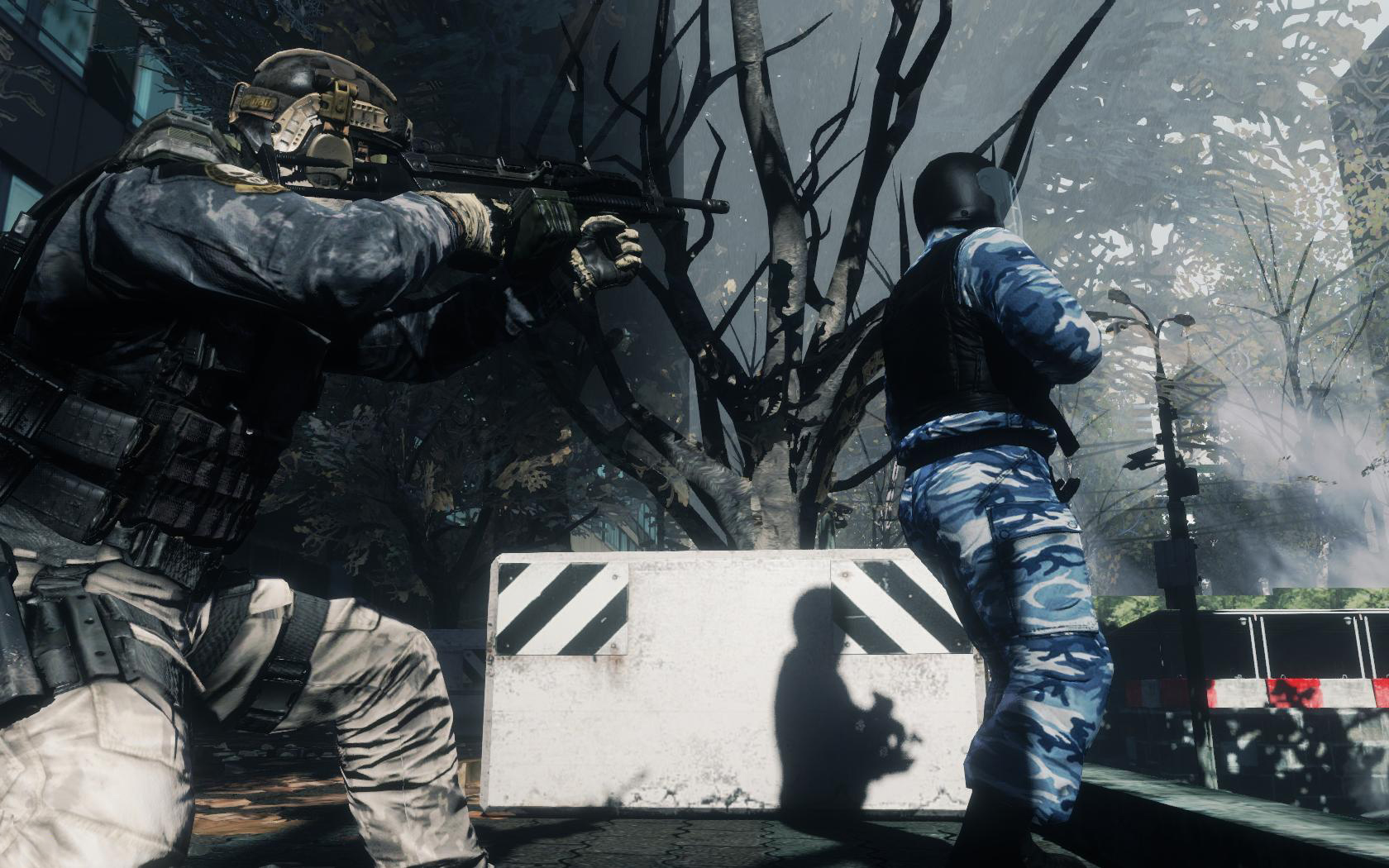 Missions typically start off with an emphasis on stealth, gradually ditching the need to be silent. Stealth can be a tricky thing to pull off, but Future Soldier manages not to make it too much of a pain thanks to all the equipment at your disposal. Walking slowly, crouching, and not firing automatically turns on your optical camouflage, making you almost completely invisible to the enemy. From this advantageous position, you can coordinate kills with the rest of your squad efficiently. Tagging enemies causes teammates to line up shots on them, so you can have three kills lined up, saving the fourth for yourself, and execute them all simultaneously to remain unseen. If enemies find dead bodies you’re screwed, but careful and patient playing makes even the strictest of “No Alert Allowed” scenarios a breeze to complete.

From drones, both airborne and ground-based, to optical camouflage and even small-scale quadraped mechs like The Warhound, there’s no shortage of covert ways to go about missions. Drones even make tagging enemies easier, as you can simply toss them in the sky, target opposing soldiers from the air, and let your teammates take them out. As for the mech? One of the most memorable missions in the game centers on that hefty, impressive tech. Snow whips through the air at sharp angles, obscuring vision as you and your squad make your way from base to base, taking out enemies with extreme prejudice thanks to The Warhound’s mortar. It’s a blast to control your character and duck behind cover while simultaneously aiming mortars and raining down a succession of hellish fire.

While the game is flush with awe-inspiring gadgets, it’s telling that some of the most thrilling moments come when it’s time to protect a VIP and escort them out of a deadly situation. Your squad gets in a diamond formation and the cinematic camera kicks into overdrive. Suddenly things become almost like an on-rails shooter, with player movement controlled by the computer as you concentrate on holding the VIP and firing at the converging threats. It’s not exactly challenging, but it’s effective. Brief segments like this really emphasize the dirt-blanketed, camera-scratched combat photographer style of the third-person perspective. 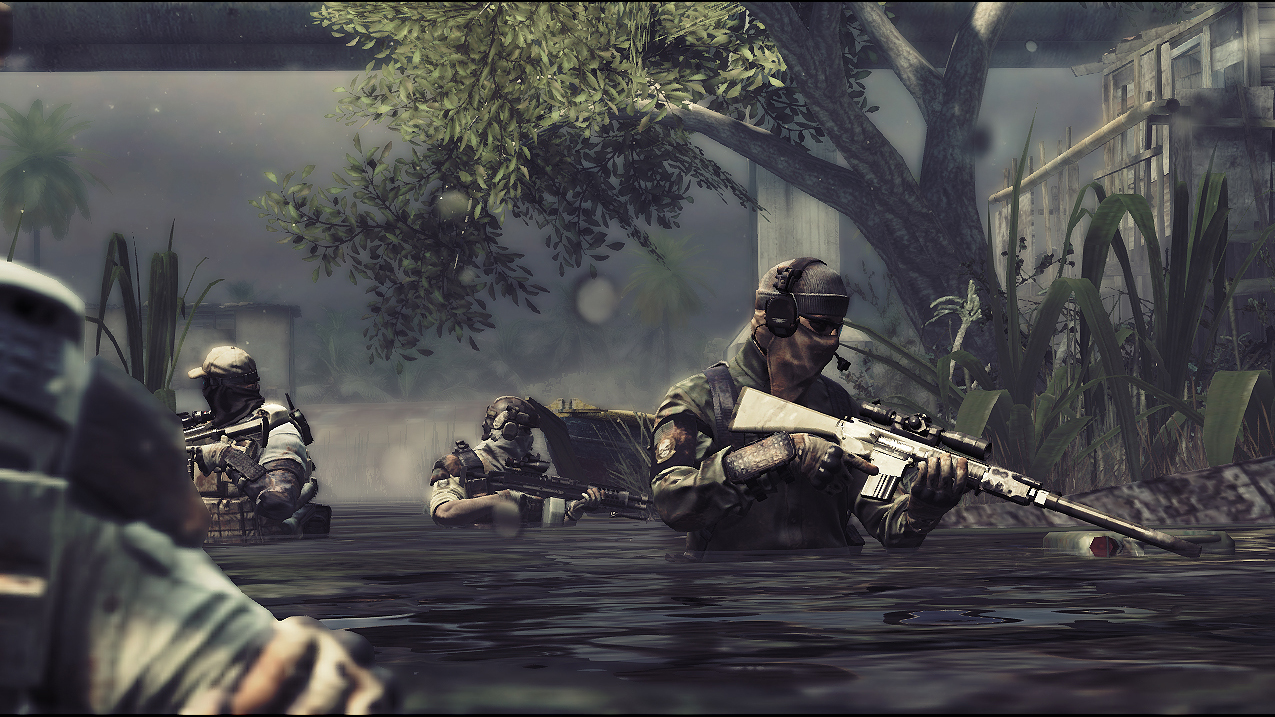 Everything would fall apart were it not for some pretty intuitive controls, which can be tough to pull off in this sort of game. I always found myself forgetting certain commands in past Ghost Recons, especially when it came to directing my squad. That’s not an issue here, though again, that’s something that may rub longtime fans the wrong way. I imagine Future Soldier will be divisive overall; barrier of entry is never lifted without a price to pay. There’s also the occasional bug that rears its head into an otherwise smooth and glitch-free experience. One found me waiting at a breaching point for the fourth AI teammate so we could move on to the next room … only he never showed up. This odd bug forced me to reload the checkpoint and lose a decent chunk of progress along the way.

Of course, issues like this are easily side-stepped thanks to the increased focus on multiplayer. It’s so simple to start or continue your campaign with friends that it’s essentially the default option. While I had very few complaints about the friendly AI, it’s much more refreshing and exciting to play with people you know. Even with the addition of co-op, those who plunk down the money for Future Soldier are going to be spending most of their time in the multiplayer, which is host to a variety of modes that keep the guns blazing long after the relatively concise campaign ends. The usual pitfalls are there to greet you among the good stuff—you’ll have to play with strangers (read: obnoxious kids), which, nine times out of ten is terrible, and those who buy used or borrow will need to pay for a UPlay passport to hop online—but there’s plenty to do here, and more downloadable content is on the way for those who decide to stick with it.

Ghost Recon: Future Soldier is ultimately a fantastic addition to the series… if you’re like me and don’t mind things becoming a bit more streamlined and action-oriented. Those hoping to see the series progress more along the lines of Advanced Warfighter will come away disappointed, but don’t let that stop you from giving it a spin for yourself first.