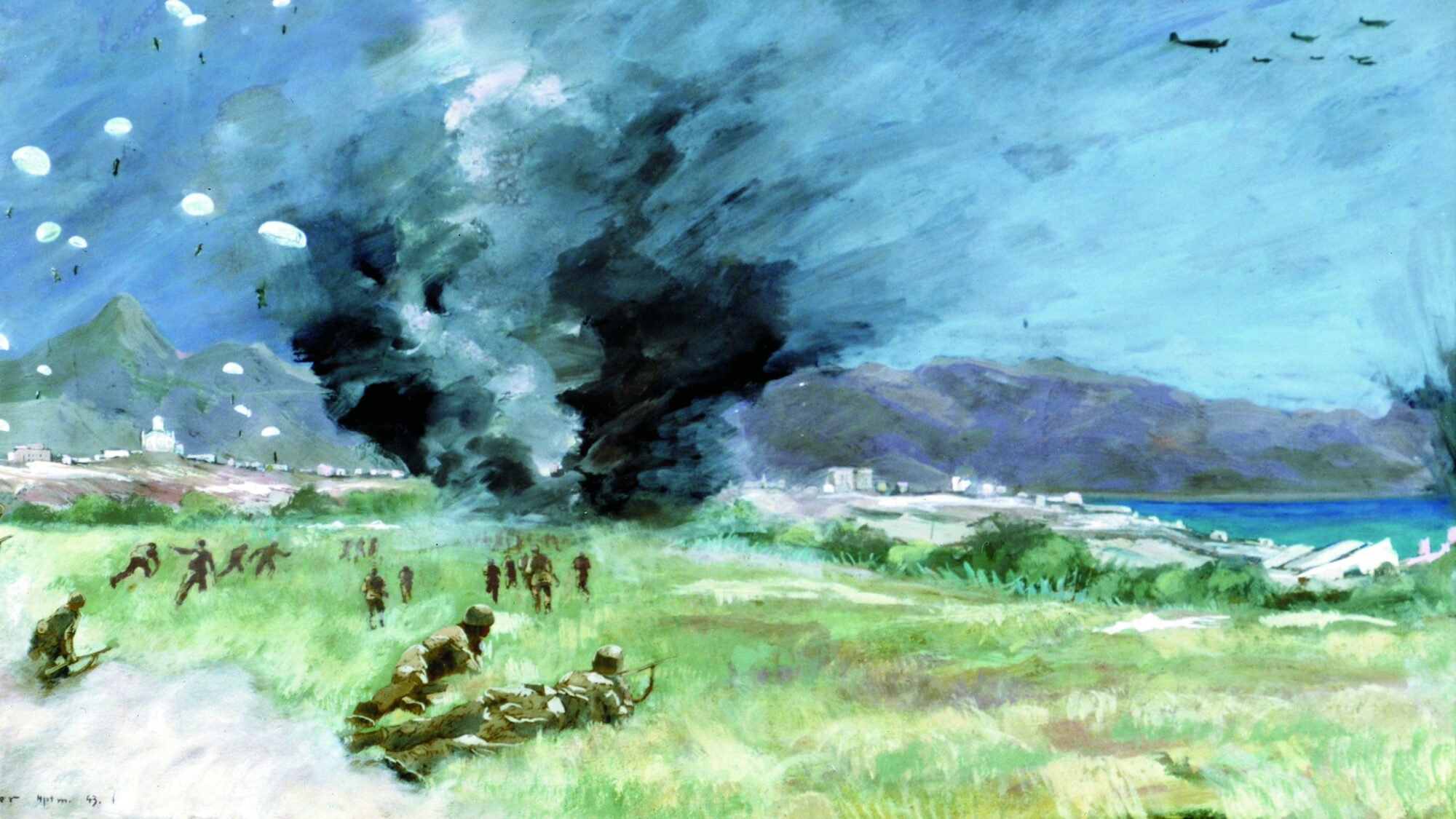 A Pyrrhic Parachute Victory in Crete

German parachute troops found the resistance from Commonwealth soldiers particularly brutal, but prevailed at terrible cost in the fight for Crete.

This article appears in: Winter 2010

By Richard Rule In May 1941, General Kurt Student’s elite paratrooper forces descended like an anvil on the British garrison defending Crete. Instead of winning a quick and decisive victory, the airborne troops found themselves locked in brutal battle against some of the toughest veterans in the British Army. Here, on the sun-parched Mediterranean island of Crete, the Germans appeared to be on the brink of their first military defeat of the war. As part of Germany’s peripheral strategy aga

One thought on “A Pyrrhic Parachute Victory in Crete”