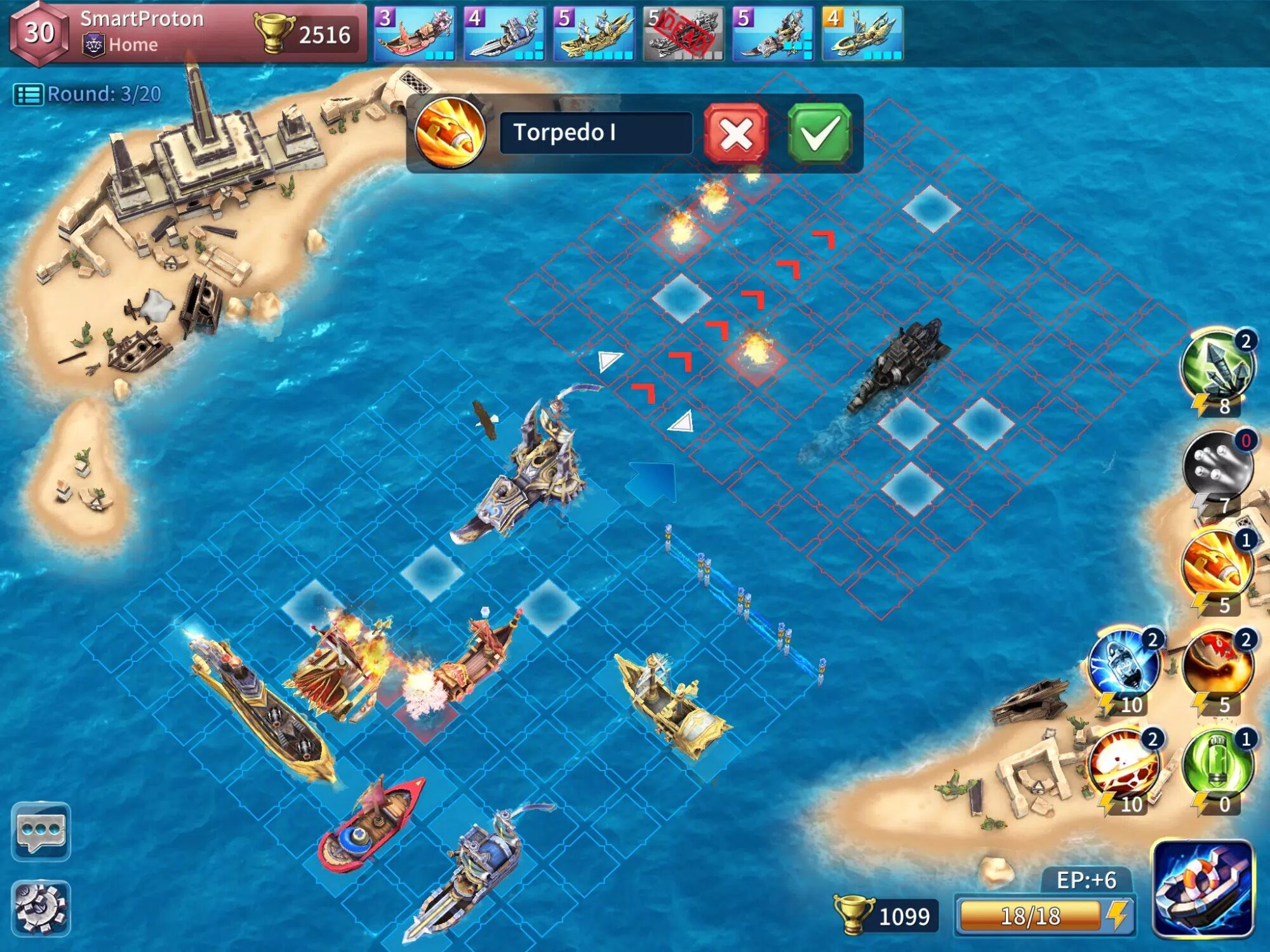 We Hit the Open Seas in the Whimsical, Battleship-like Sailcraft

Hey, you sunk my battleship! If you grew up on board games, you definitely recall uttering that phrase, or at least hearing it over and over again on TV. The original Battleship would eventually go on to inspire a Hollywood movie of its own, proving that you can adapt anything with the right amount of money. So, why in the world is Battleship of all things on my mind at the moment? Simple: I’ve been playing SailCraft, which is basically a fancy version of Battleship with all the bells and whistles we’ve come to expect from mobile experiences.

SailCraft isn’t shy about comparisons to Battleship. In fact, it directly makes them in promotional materials, so don’t think of this as a knockoff attempting to be sly. The basic gameplay premise is the same: Your grid of randomly spaced-out ships faces off against your opponent’s grid, only you can’t see where any of their ships are. You have a few clues at your disposal, though, including a roster of enemy ships that lists how many tiles each one takes up on their overall grid. As each battle begins, you’ll start by dropping a bomb on a tile of your choosing, hoping for the satisfying BOOM that coincides with a direct hit. If you end up getting said hit, you get to take additional shots until you miss, after which it’s the opponent’s turn to potentially wreak havoc on your grid.

The first wrinkle thrown into the mix is the addition of ship-specific special moves. Submarines, for instance, can fire off a torpedo straight down a single line of the grid. If it hits anything, you’ve got your strike in and another chance to sink. There are also wide-ranging bombs, magic missiles, and other moves that can quickly turn the tables on a seemingly overpowered enemy. You would be overpowered yourself if these moves were infinitely useable, but each one has a charge meter, and once the ship with the move is destroyed you won’t be able to use it again for the entirety of the battle. Thus, SailCraft becomes a game of taking down opponents as quickly and efficiently as possible, leaving them little room to counterattack with a deadly hail of bombs. 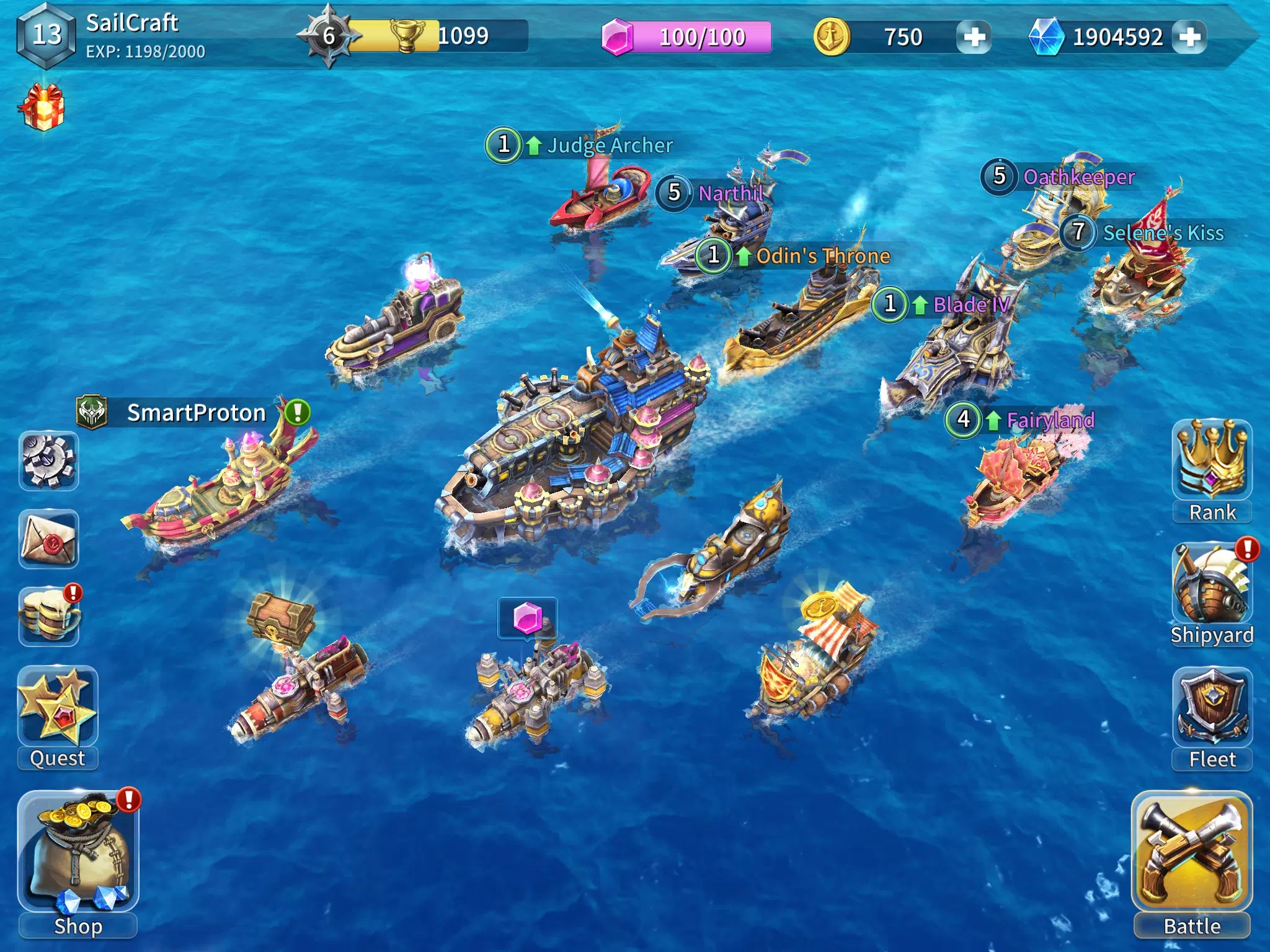 SailCraft also has some fun customizability to it. Not only will you unlock new ships in your rise through the ranks, you’ll be able to upgrade each one using coins earned in battle. Other ships can be sent on missions of their own, and the process of everything here can, naturally, be sped up with real-world money. Yep, this is a free-to-play mobile game, so it’s tough to begrudge them for introducing familiar micro-transaction systems. I’m a little tired of the aesthetic of these systems—even the menus, text, and the constant prodding with upgrades can be a little bothersome—but it’s hard to argue against the business model when the base experience is free.

If you have no beef with these time-sucking mobile games, SailCraft is one of the better options out there, and the naval war theme manages to come off as colorful and eye-catching. The graphics in battle are particularly well done, and the music is repetitive but not terribly grating. I was surprised at how much fun I had during the meat of my journey through SailCraft. It’s a great way to kill some time, and you’ll most likely find yourself playing well after that time has been effectively obliterated.