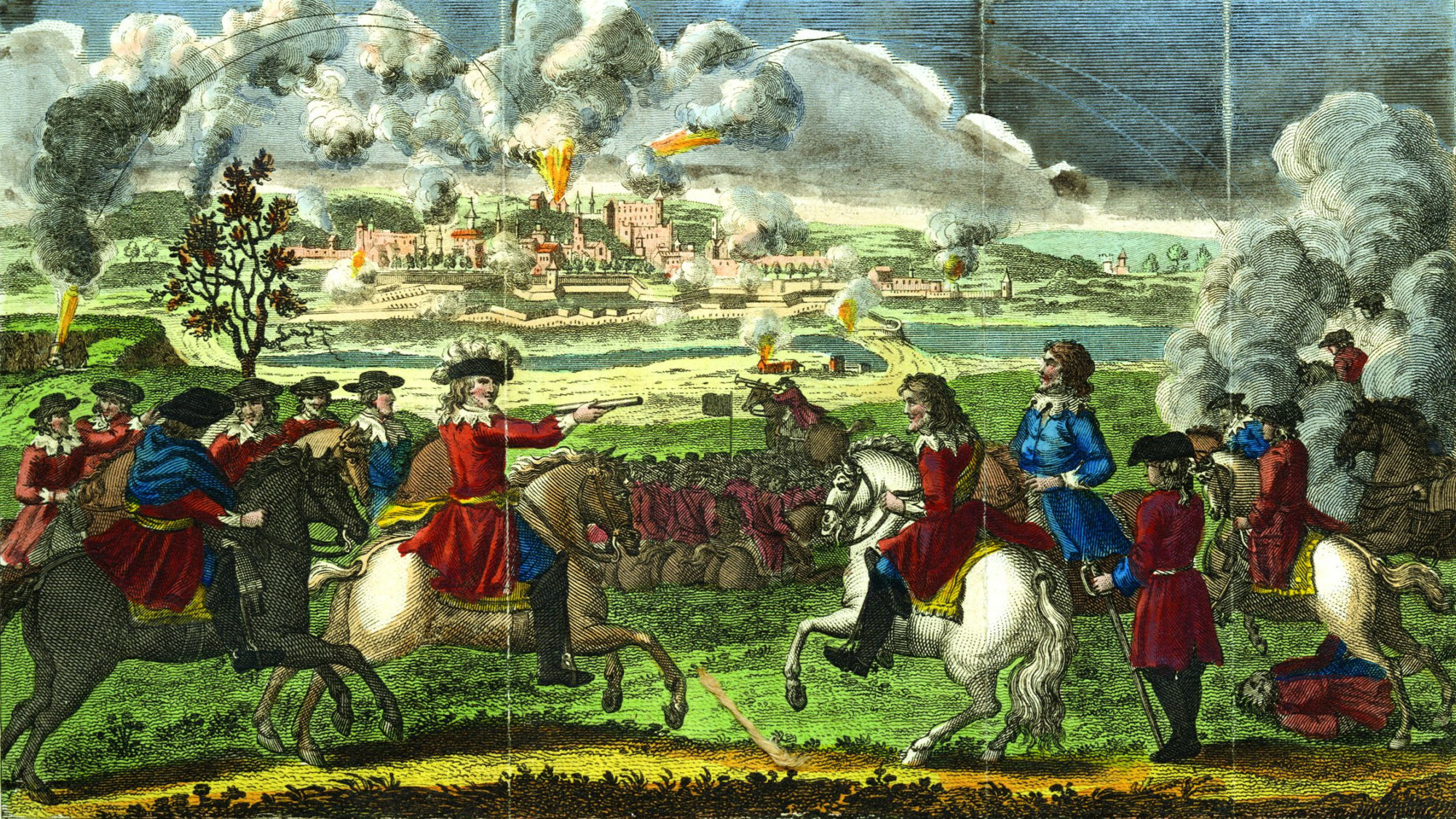 No Quarter at Drogheda

In 1649, at Drogheda, Cromwell’s men stormed hotly into the city. “No quarter!” they cried.

This article appears in: June 2009

By Al Hemingway On the morning of September 2, 1649, peering over the immense 20-foot-high wall that surrounded the Irish city of Drogheda, English Royalist general Sir Arthur Aston did not like what he saw. Arrayed before him was a large Protestant army under the leadership of Oliver Cromwell, who had arrived in the country a few weeks earlier like an avenging angel—or devil. With the help of 11 massive 48-pounder siege guns delivered up the Boyne River by a fleet of English warships helmed