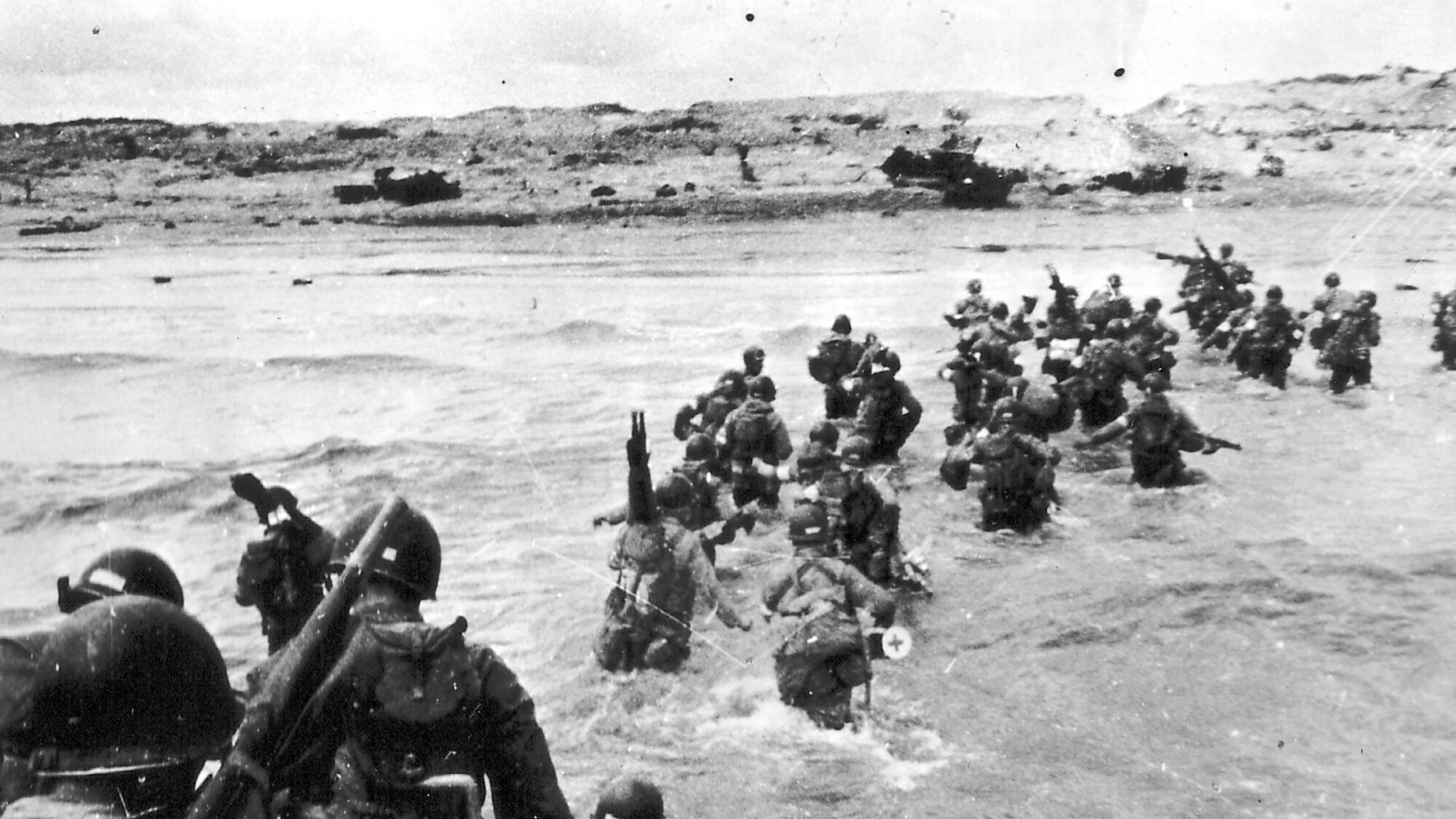 General James Van Fleet overcame a terrible misunderstanding and rose to the highest echelon of command in the U.S. Army.

Colonel James Van Fleet, commander of the 8th Infantry Regiment, 4th Division, which splashed ashore at Utah Beach 75 years ago on D-Day, June 6, 1944, was an uncommon soldier. True enough, he had graduated from the U.S. Military Academy at West Point as a member of the class of 1915. In itself, that class became the academy’s most famous. Dubbed the “Class the Stars Fell On,” 59 of its 164 members achieved the rank of brigadier general or higher during their careers. Its graduates included such legendary leaders of the U.S. Army as Generals Dwight D. Eisenhower and Omar N. Bradley.

Van Fleet was among those memorable men, but recognition was a long time coming. He struggled academically at West Point and managed to graduate ranked 92nd. During a particularly tough stretch at the academy, he was buoyed by a letter from his father, who wrote: “Stick with it! Persevere … plug along…. Be ever watchful, studious, and work hard. Banish from your heart all unhappy memories. After the first year, you will have it easier. When one task is finished, jump in another. Don’t hesitate, and do not falter. Don’t waver, don’t wait, keep on going. Merit begets confidence; confidence begets enthusiasm; enthusiasm conquers the world. You have got the ability to win, and all you need is confidence. My dear son, if you want knowledge, you must toil and work hard for it.”

By the time of the D-Day landings, Van Fleet had honed the 8th Infantry into one of the finest regiments in the Army. Still, he could look around and see that many of his classmates had passed him by. Although he had fought with bravery in World War I, his career had also seen a shuffle of assignments to and from several nondescript posts. While Eisenhower, Bradley, and others were wearing the stars of general rank, he had been held back—not by any direct wrongdoing or lack of command ability, but primarily due to a case of mistaken identity.

Army Chief of Staff General George C. Marshall was an observer of character and potential among rising officers and was said to have made notes on a number of them in a small black book. Apparently, Marshall’s knowledge of Van Fleet included the label of an alcoholic. In truth, Van Fleet was a teetotaler, and in an interview years later he told a reporter that it was odd Marshall should have thought such of him since the two were neighbors at Fort Benning, Georgia, between the world wars, and attended many of the same social gatherings—in which Van Fleet never took a drink.

Nevertheless, it took combat to right a wrong that had held James Van Fleet’s career in check for decades. When Bradley, commander of the U.S. First Army, was asked by General Leslie McNair, commander of U.S. Army Ground Forces, about the performance of the divisional and regimental officers that reported to him, Bradley singled out his old classmate Van Fleet for high praise. Van Fleet had handled his regiment brilliantly and led from the front, actually suffering a wound and receiving the first of three Distinguished Service Crosses he would earn in Europe directly from Bradley.

McNair replied to Bradley’s praise with an offhand comment that it was too bad Van Fleet had a fondness for the bottle. In his memoirs, Bradley notes that he was quick to right the egregious wrong that had been done to Van Fleet and soon he had the capable officer promoted to brigadier general and in command of a division. Other officers, including General J. Lawton Collins, commander of the VII Corps, wanted credited for correcting the screw-up as well.

For Van Fleet, however, it really made no difference as long as he was at the head of a fighting unit. He went on to command the 90th Infantry Division and III Corps with distinction during World War II. He commanded the U.S. Eighth Army during the Korean War, rose to four-star rank, advised presidents, and lived to be 100 years old. His father’s words, it seems, had held him in good stead for a lifetime.