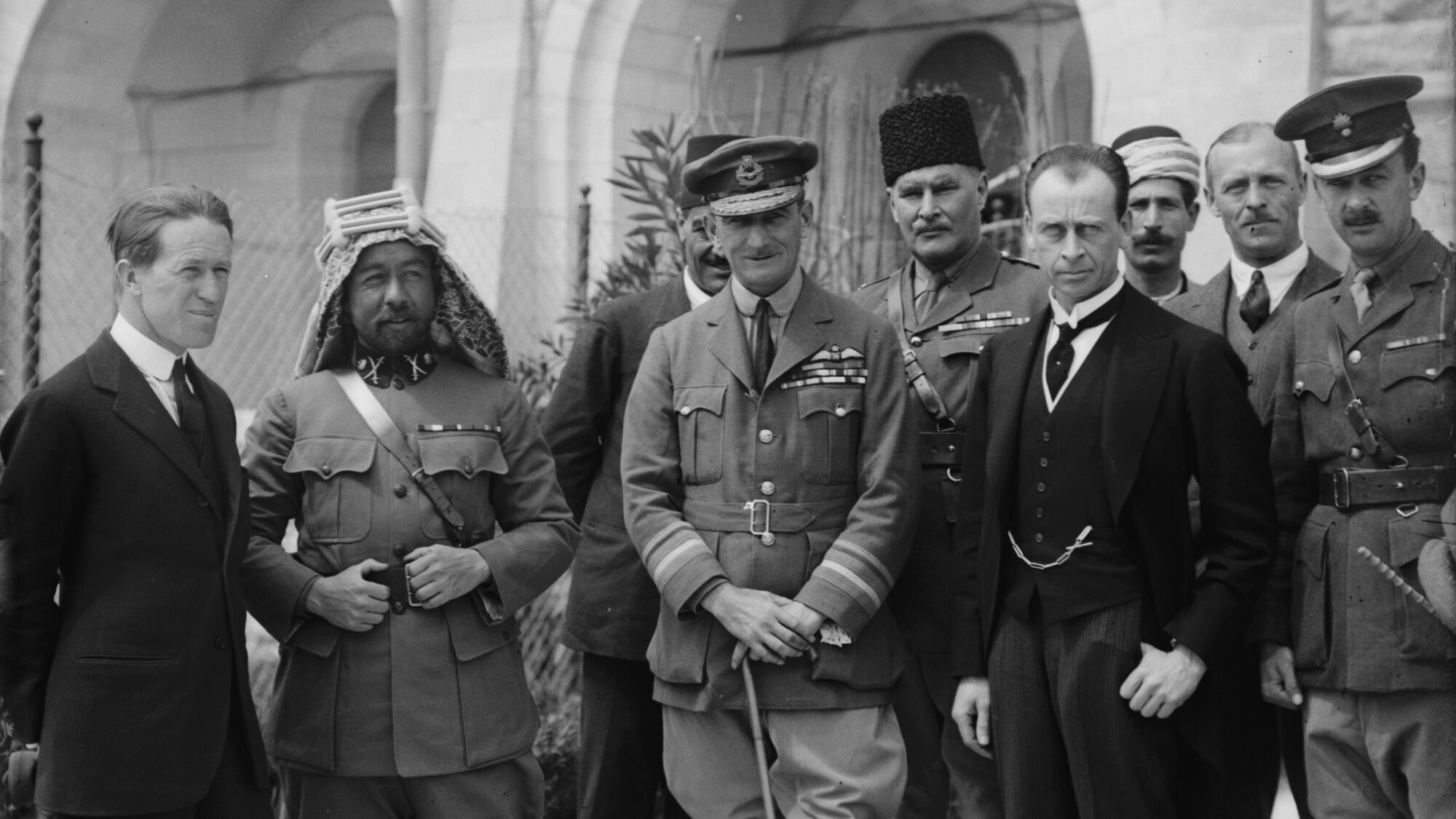 North Vietnamese general Vo Nguyen Giap once told a French diplomat that his “fighting gospel” was the Seven Pillars of Wisdom by T.E. Lawrence, the British officer who served as an adviser to the Arabs during World War I. The Frenchman was puzzled about the connection between desert warfare in North Africa and jungle fighting in Vietnam. Giap was quick to point out that Lawrence’s autobiography was about guerrilla leadership, not about the terrain in which guerrilla warfare was waged. Giap would enjoy great tactical success against French and American forces in the ensuing years, with Lawrence’s handy advice always nearby. 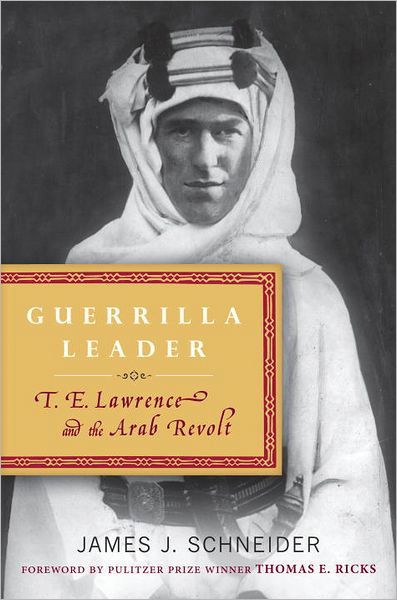 In his new book, Guerrilla Leader: T.E. Lawrence and the Arab Revolt (Bantam Books, New York, 2011, 332 pp., photographs, notes, index, $28.00, hardcover), military historian James J. Schneider has written a captivating account of the life of Lawrence, a young Englishman who developed a unique strategy that many insurgent leaders, like Giap, embraced in rebellions in their respective countries. Thomas Edward Lawrence was born in 1888, the illegitimate son of Sir Thomas Chapman and Sarah Junner, his governess. They took the name Lawrence, moved to Wales, and sent him to school, where he graduated with honors. At the outbreak of World War I, Lawrence, who was now a second lieutenant in the British Army, was given the task of surveying the Negev Desert in Palestine because of its strategic importance.

Using his razor-sharp intelligence, Lawrence immediately immersed himself in his work. His ability to learn quickly and his command of the Arab language caught the attention of his superiors. His “magnetic blue eyes,” one person later wrote, “made it easy to become his slave.” When Ronald Storrs traveled to meet with Arab leaders to initiate a revolt against the Ottoman Empire of the Turks, Lawrence obtained permission to go along. It was a decision that would change his life, and the Middle East, forever.

Through his dynamic and innovative methods, Lawrence was able to unite Arab tribes, which had been at war with each other for centuries, to rid themselves of their Turkish masters. He believed that fighting the Turks in conventional battles would be fruitless. Outgunned and oftentimes outmanned, Lawrence instead used a hit-and-run strategy to keep the enemy off balance. By attacking the main rail line that kept the Turkish Army supplied and reinforced, Lawrence was able to tie up enemy troops protecting remote outposts. In doing this, the mobile Arab forces were able to strike at a moment’s notice, destroy sections of the railroad, and erode the enemy’s morale. As Schneider observes, it was a strategy of “geographical interest” that Lawrence and his Arab forces followed.

For his role in the capture of Damascus, Lawrence was promoted to lieutenant colonel. He assisted in establishing an Arab provisional government in the city, which in 1920 fell to the French. After the war, Lawrence served in both the British Army and the Royal Air Force. He developed a keen interest in motorcycles, an interest that eventually caused of his death in 1935 when he lost control of his cycle and crashed in the English countryside.

Schneider cuts through the many legends and myths surrounding “Lawrence of Arabia” to give the reader a clear picture of a true visionary in guerrilla warfare. He notes that Lawrence wanted to create a lasting peace in the Middle East, a peace that unfortunately has still not taken hold in the troubled region. 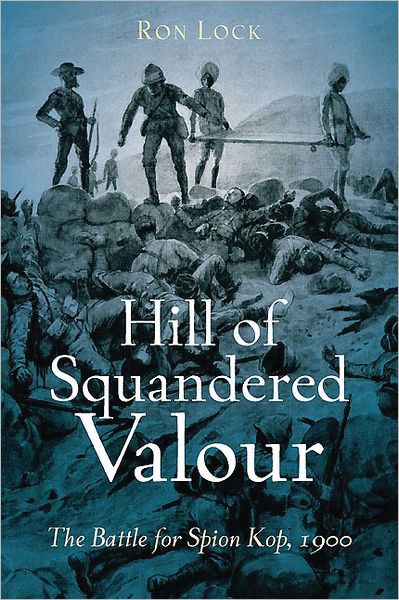 There was no love lost between the British and the Boers, descendants of German and Dutch settlers in South Africa. For decades, tensions between the two sides increased until finally the Boers attacked British forces in 1899, starting the Second Boer War and driving the British back to the town of Ladysmith, where they were encircled and bottled up.

With the arrival of additional reinforcements and a new British commander, General Sir Redvers Buller, the decision was made to cross the Tugela River at Colenso and drive the Boers from Ladysmith. The ensuing battle was a humiliating defeat for Buller’s troops. Boer commandos, or burghers, had stopped some the best soldiers Great Britain had to offer. One American adviser, a cavalry captain, informed Washington that he was amazed by the “total invisibility of the enemy,” a tactic the Boers would use frequently during the three-year conflict.

The defeat at Colenso ushered in the war’s bloodiest battle yet, the seizure of Spion Kop, a 1,400-foot-high hill 20 miles northeast of Ladysmith. The British desperately needed to capture the hill to turn the tide of the rebellion and, more importantly, to gain the high ground that overlooked the Boer positions. If Buller could get artillery pieces to the crest of Spion Kop, he would literally hold the upper hand, forcing the Boers to retreat.

On a foggy night in late January 1900, British soldiers, spearheaded by the mounted infantry of the Royal Scots Fusiliers under Major Alexander Thorneycroft, commenced the assault. The fighting was intense, with the British taking the bowl-shaped center of the hill. Because of the darkness and the rocky outcroppings, they inadvertently believed they had reached the summit. Buller’s men dug in—only to discover that the Boers were still above them. For the next two days, the two sides slugged it out for possession of the hill. The combat became exceedingly bloody as deadly Boer artillery raked the British positions. One private said later that “men were dropping at every step,” with bodies “lying about in all shapes, legs, arms and heads blown off.”

After withdrawing from Spion Kop, the British were able to reorganize and in a month’s time retake Ladysmith, ending the siege. The Boer War continued for another two years. The burghers fought tenaciously, but proved to be no match for the overwhelming might of the British Army and its merciless policy of interning Boer women and children behind the lines in the world’s first concentration camps.

Lock, who has spent the last 15 years as a battlefield tour guide in South Africa, has written an absorbing account of the desperate battle and its aftermath. It was combat, he says, that was “fought with 20th-century weapons but with medieval communications.” In other words, it was a recipe for mutual slaughter. 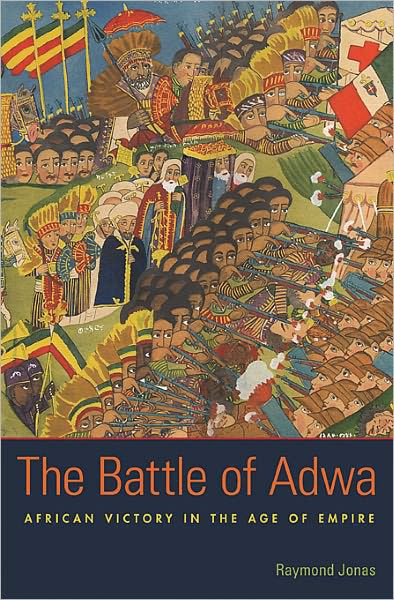 As the author states, the March 1896 battle for Adwa, a small market town in northern Ethiopia, was a battle for Africa itself. Much of the Dark Continent had been carved up by the European powers for its rich resources. Italy had annexed Ethiopia and signed a treaty with Emperor Menelik II in 1889, fooling the Ethiopians into becoming a protectorate of the Italian government. This prompted war between the two countries.

The Ethiopians’ ultimate victory over the Italian Army was unprecedented on several levels. It demonstrated that wise leaders such as Menelik and his generals Makonnen and Alula were able to consolidate traditionally warring tribes and defeat their colonial masters. And not only did the Ethiopians devise a masterful military campaign, they also managed to convince the public that they were right in their actions—a forerunner to the American “hearts and minds” program used during the Vietnam War. Another important aspect about Adwa was the fact that a native army had defeated and driven a European force from their homeland. The entire world took notice of the military action that “set in motion the long unraveling of European dominance of Africa.”

Taking all that into account, Jonas declares that “Adwa deserves a place among the great campaigns of modern times.” Jonas has written a provocative book that sheds light on a piece of African history that has not received much attention by historians. He not only describes the battle in detail, but also the petty jealousies and idiosyncrasies of all the major players in an event that changed world history 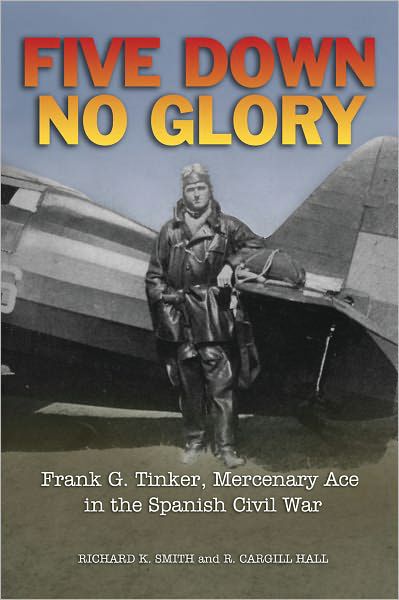 Fighting pilot Frank G. Tinker rose from a teenage enlisted seaman in the U.S. Navy to graduate from the Naval Academy and fly missions for the loyalists during the Spanish Civil War. His aerial combat skills made him the war’s top ace after he downed eight enemy aircraft. Tinker went on to command a Russian squadron during the conflict and later wrote an autobiography of his experiences in Spain.

Often characterized as an eccentric, Tinker possessed what some would call “people skills.” He felt as comfortable surrounded by high-ranking officers and government officials as he did chatting with humble farmers and storekeepers in his hometown in Louisiana. He was a man who was comfortable in his own skin.

Despite all his accomplishments in his short lifetime, it is Tinker’s untimely and mysterious death that provides the climax of this compelling book. When a hotel clerk found Tinker lying dead on a bed in his room in Little Rock, Arkansas, from a gunshot wound to his abdomen, the county coroner ruled it suicide. The authors paint a different scenario of the events that might have transpired that day. They assert that if Tinker had wanted to kill himself, he would have used his .45-caliber pistol, not his .22. Tinker, they write, may have been entertaining friends and been accidentally shot. Still alive, he might have told them to leave, but bled to death before he could call for a doctor.

The truth surrounding Tinker’s death will never be fully known, but his extraordinary skills as a pilot make him a notable figure in aviation history. 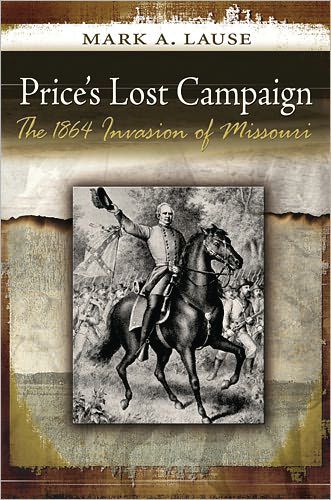 As author Mark Lause deftly explains, the term “raid,” when describing Confederate general Sterling Price’s incursion into Missouri in 1864, is misleading. Price had amassed an army of an estimated 15,000 men, a force large enough to constitute an invading army in any war. Nevertheless, Price’s aim of seizing Jefferson City, the state capital, and St. Louis, never came to fruition. The Federals were quick to dispatch troops to the vital area, and soon had 65,000 men ready to repel any Confederate attempt at capturing the cities.

Price had aspirations of disrupting the 1864 presidential election and ensuring a Republican defeat. Unfortunately for the portly Mexican War veteran, his raid failed on all counts. Not only did Abraham Lincoln win reelection in November 1864, but many Missourians did not rush to join the Confederates, as Price had believed they would. Instead, many fought with determination on the Union side. Widespread guerrilla abuses by the likes of “Bloody Bill” Anderson and William Clarke Quantrill also drove many Missourians to support Lincoln’s bid for a second term.

Both Union and Confederate leaders acted “within a landscape of their imagination,” the author states, adding that the “nineteenth-century realities of blood and iron would blight such landscapes.” Lause has written a wonderfully detailed narrative of a part of the Civil War that has been misunderstood for years, and how its outcome affected the entire war and its aftermath.