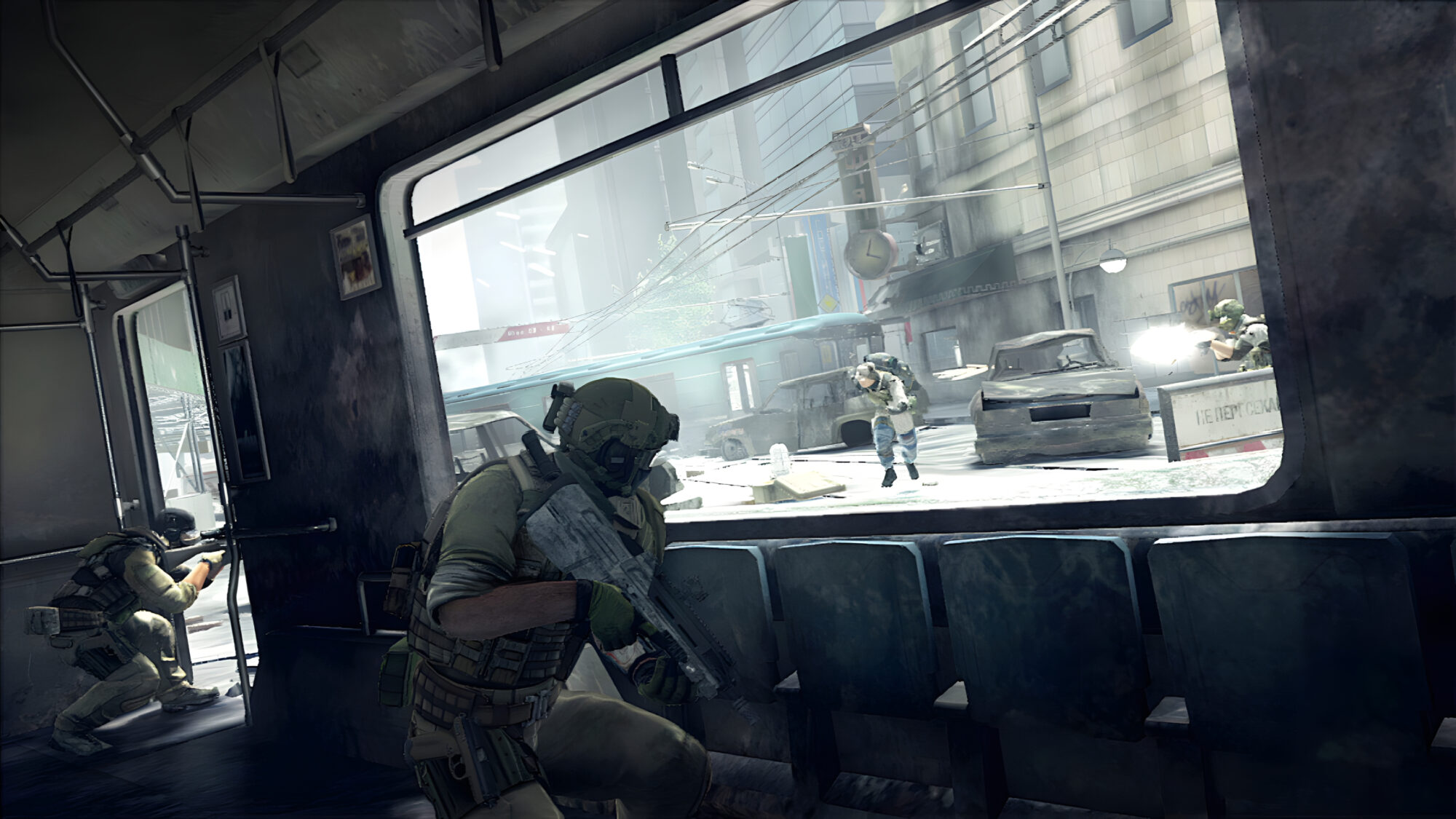 In Tom Clancy's Ghost Recon: Future Soldier—Arctic Strike, players will have access to massive multiplayer maps and a handful of new game modes.

As we mentioned previously when reviewing Tom Clancy’s Ghost Recon: Future Soldier, the single-player campaign is a solid way to spend your time, but it’s the multiplayer that makes or breaks just how much of that time you’ll be blasting away online. But of course, there’s the Arctic Strike DLC pack, which adds a bunch of new content to the multiplayer side of things for the not-so-princely sum of 10 bucks.

Chief among the new content are fresh multiplayer maps, ranging from the streets of Moscow to skyscraping heights. The first we played is “Riot,” one of the more claustrophobic and intense of the three maps. Those qualifiers are important, because despite the fact that this collection of debris-strewn roadways is indeed a tightly packed area full of deadly chokepoints, it’s still fairly large, as are the other two maps. Atmospherically, though, it’s one of the more enjoyable additions to the multiplayer experience, with destroyed trams blocking intersections amid crumbling edifices. Tram interiors make for great places to take cover and dish out bursts of fire, but they can also quickly become deadly traps, with the possibility of the enemy team flanking and lighting the hell out of you and your teammates at any moment.

Multiplayer Maps Get a Shot in the Arm

“Skyline” lives up to its name, taking the fight all the way to the top of a skyscraper. At first one may wonder just how large a rooftop level can really be, but this one also encompasses multiple floors. As a result, it becomes one of the more difficult levels as it forces players to keep track of multiple threats from above and below. It’s not designed as much with cover in mind as some of the existing maps are, but it’s still a welcome addition to the rotation.

Finally, there’s “Evicted,” which is probably the most overwhelming map as far as size is concerned. The urban environment offers plenty of opportunities to be picked off by someone waiting in the shadows for that perfect, lone-strolling opportunity. The real killers here are the open expanses that surround the tenements. Maybe we can simply chalk it up to me being awful at the multiplayer, but I can’t count the number of times I was taken out while heading closer to the center of the map for some more densely clustered cover.

Some folks will find all three of these maps too large, but overall they’re solid additions to the existing lineup. The only real concern continues to lie in the connection issues, which plagued more than a handful of games during each session. Even with two full teams, many key locations are spread far apart, keeping the actual white-knuckle firefights down to a minimum, as a lot of time is spent on footwork, looking for opponents amidst the rubble or the rises. This gets better as the maps become more like second nature, but the heartening increase in familiarity is often dashed by disconnects and general lag.

At this point it would be understandable to wonder where all the arctic striking comes into play, and the answer to that question mostly comes in the form of the new Guerrilla Mode map, Arctic Base. For those who haven’t played it, Guerilla Mode is a lot like Gears of War’s Horde Mode, in that you and your teammates have to cooperate to defend your base against 50 waves of enemies. Every 10 waves you have to switch headquarters, and Arctic Base offers a new snow-stacked location for the increasingly intense action to take place. Despite the change in locale, Arctic Base plays out like all the other Guerrilla Mode maps, with players forced to keep a tight lockdown on their HQ lest the enemy overrun it, spelling a potentially swift game over.

One of the last substantial additions to the DLC is the new Stockade Mode. This one has teammates locked out of action once killed, resigned to the queue until a surviving teammate captures an objective, prompting the others to respawn. The match ends when an entire team has been eliminated, but the real killer here is the extent of time spent waiting to respawn. For most people even a simple 10- to 15-second respawn counter can be grueling, so it’s tough to imagine everyone dying to play the waiting game that Stockade Mode tends to offer in place of consistent action.

Even with Stockade being kind of a bust, there’s plenty in this pack to warrant the asking price for those serious about extending their stay with Ghost Recon: Future Soldier. There are also six new weapons spread across three classes—Rifleman gets F2000 and CZS805, Scout gets Type 05 JS and BT MP9, and Engineer gets OCP-11 and Mk17—a level cap increase of +10 and, for those who fancy building their gamer clout, a few new achievements. The pack would be even more of a no-brainer if Ubisoft offered a less flawed online experience, but your mileage may vary.