As can be seen in Abraham Lincoln's Gettysburg Address, Pericles' funeral oration set the tone for commemorations of soldiers sacrificing themselves in battle.

At a time long ago, and in a place far away, a man stood up before his countrymen to console them if he could for the loss of their sons in battle for a righteous cause. He began by discussing the land from which the soldiers sprang and of their ancestors who had built a country of goodness and wealth. The ancestors had made a land of comfortable homes and beautiful buildings and passed all this on to their young.
[text_ad] 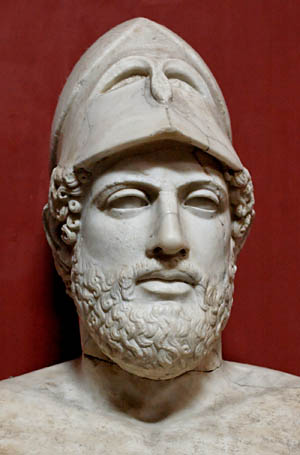 That man was Pericles and he was attempting to comfort his fellow Athenians. Even today, Pericles’ funeral oration of 429 BC still reverberates, especially in America. The United States now, as Athens then, was the superlative state of its time, arguably the richest, arguably the most powerful. The Athenian youth had gone off to fight the Spartans, a warlike people, whose sons were trained in war from youth. But Pericles pointed out that soldiering from such a warlike state is far less noble than offering your life where living is sweet.

“The sacrifice which [the slain Athenians] collectively made was individually repaid to them; for they received again each one for himself a praise which grows not old, and the noblest of all sepulchres—I speak not of that in which their remains are laid, but of that in which their glory survives, and is proclaimed always and on every fitting occasion both in word and deed. For the whole earth is the sepulchre of famous men …” (Benjamin Jowett translation of The Peloponnesian War) 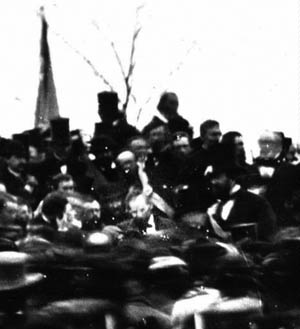 Pericles set the tone ever since for commemorations of soldiers sacrificing themselves in the cause of an honorable democracy. His perceptions rumbled through the centuries, even two thousand years. As Gary Wills in his short but extraordinary Lincoln at Gettysburg (1992) so meticulously points out, Abraham Lincoln, consciously or not, in his famous Gettysburg Address of November 1863 revived and repeated the same chords struck by Pericles: that the honorable soldiers play out in a drama larger than themselves; that they die in order that their homeland might live; and that their sacrifice reverberates far beyond the battlefield itself, indeed to the whole earth.

Lincoln, however, stretched even those bounds marked out by Pericles. The great Athenian, near the end of his speech, admonished his countrymen to stifle their grieving and get on with life, looking to the nobility of the soldiers as examples. Lincoln, too, passed from discussing the fallen to addressing the living. But he went farther. He placed the living in the same labor of those who had fallen and urged them, lest the fallen should have died in vain, to finish the work that the slain soldiers had so nobly advanced.

We can do no less.