When the ATC required a long range transport, it turned to the Consolidated B-24 Liberator and pressed her into service as a transport plane.

Although the Douglas C-47 is usually thought of as the most important transport of the war, in reality it was the transport conversions of the Consolidated B-24 Liberator bomber that opened up the world to the Air Transport Command.
[text_ad]

Before Pearl Harbor, the U.S. Army had ordered the conversion of most of its initial order of B-24As to fill the transport role and had used them to open the first overseas routes. Several weeks before Pearl Harbor, future bomber commanders Caleb V. Haynes and Curtis Lemay flew a converted B-24 to Moscow on a diplomatic mission transporting U.S. envoy W. Averell Harriman. Other long-range flights in the converted bombers followed as the War Department’s Ferrying Command began opening routes to distant parts of the world.
Immediately after Pearl Harbor, the United States reclaimed several LB-30 Liberators that had been consigned to British forces. Some were converted into transports and joined previously converted B-24As on ferry routes across both the Atlantic and the Pacific. While the original route to Australia had been over the Atlantic to Africa and then overland across Asia, a new route was established from the West Coast to Hawaii and then across the South Pacific to the Land Down Under. Consolidated Aircraft received a contract to operate Liberator transports between California and Australia primarily to transport key personnel to the combat zone and return ferry crews to the United States.

As the war continued, the need for a long-range, four-engine transport became apparent. Although the Douglas DC-4 was under development, it was not immediately available for military use. To fill the void until suitable transports came into service, the War Department contracted for the conversion of B-24D bombers for the transport role; the converted airplanes were redesignated as C-87s. The four-engine transports were put to immediate use as they came off the assembly lines and were soon a familiar sight at military airfields all over the world. By the late summer of 1943, the ATC was operating regular routes from the United States to the most far-flung regions of the globe. 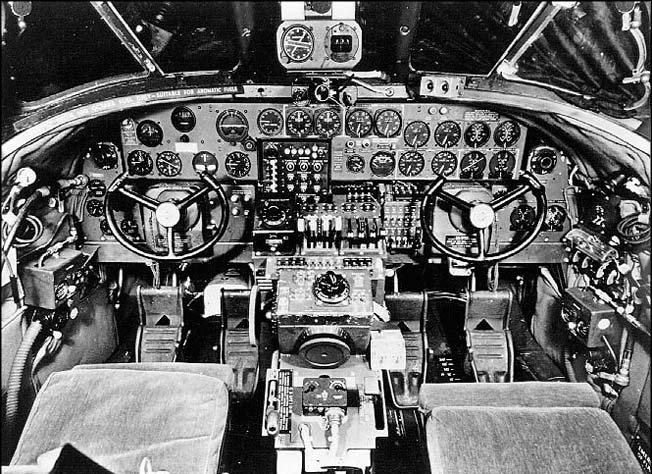 C-87 Gets ATC Over The Hump

One of the most important uses of the C-87 was as a large-capacity transport on the treacherous routes over the Himalayan Hump from India’s Assam Valley to Chungking, China. In early 1943, when the Air Transport Command assumed responsibility for the Hump airlift, a squadron of C-87s deployed to India for Hump operations. Other C-87s operated over routes from the United States to Assam, flying by means of the southern ATC route from Miami to Natal, Brazil, then on to Africa and across Asia to India.

After 1943, the Douglas C-54 began entering service with ATC squadrons. Although their lack of high-altitude performance restricted their use on some routes, the C-54s were easier to fly than the C-87s and became very popular with the pilots. The C-54 came to symbolize the Air Transport Command, but it was the converted B-24s and C-87s that opened up the world.