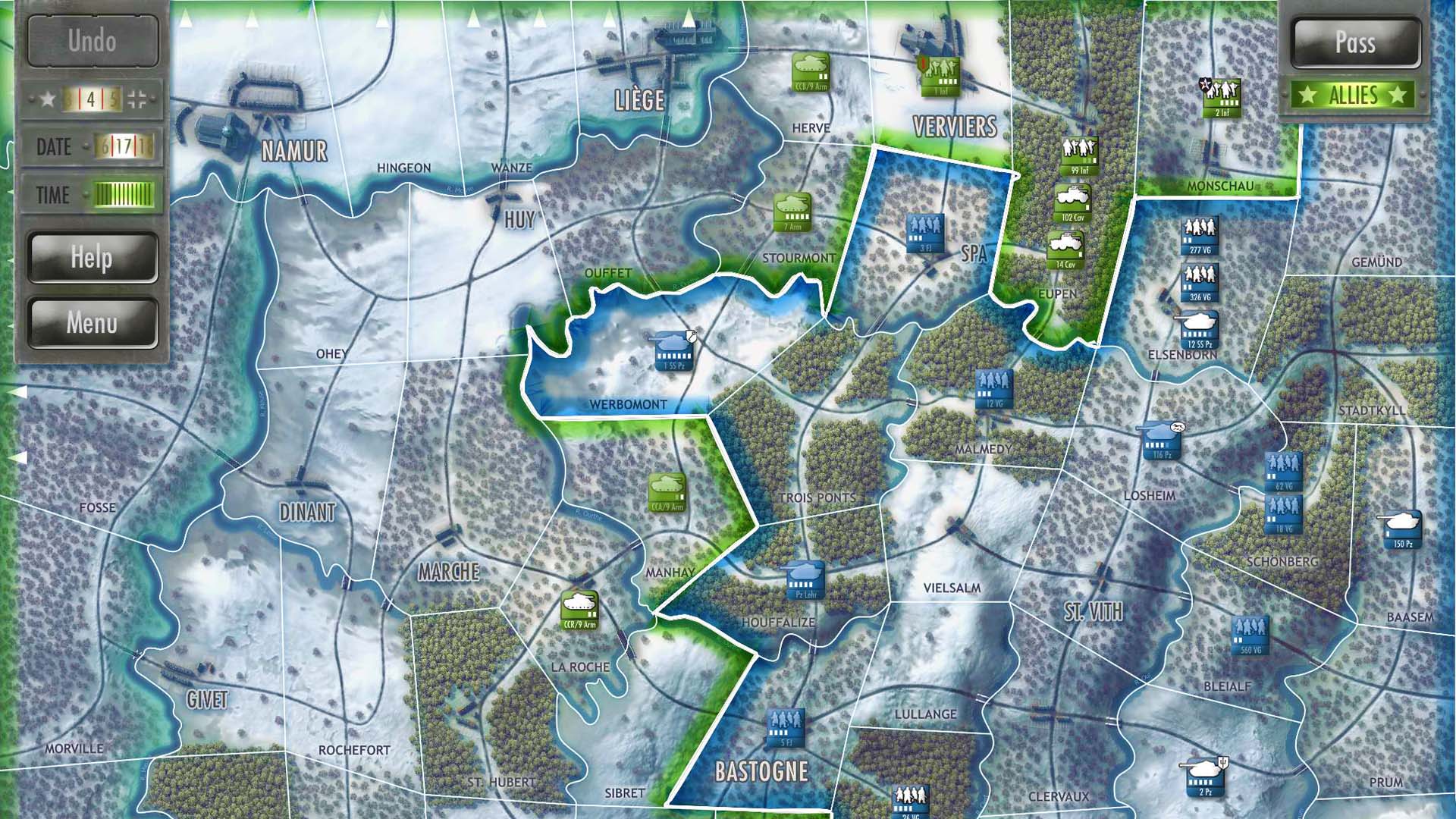 Shenandoah Studios' Battle of the Bulge delivers campaign-specific strategy while offering a rich attention to detail.

This article appears in: December 2015

It’s one thing to create games based solely on World War II, but how often do you see a developer focus so closely on a single battle? It makes sense when the battle in question happens to be the Battle of the Bulge, the German offensive campaign that caught the Allied forces almost completely by surprise in 1944. Shenandoah Studio’s Battle of the Bulge brings that colossal conflict and all the grueling tactical warfare that came along with it to PC, Mac, and iOS, the latter of which we tried out for ourselves with the latest update.

Battle of the Bulge does its best to be historically accurate, which can make its opening moments frustrating depending on which side you choose. It’s definitely a good idea to dig into the tutorial first, because there are a ton of fine details to commit to memory and keep in mind when deciding every little move on the map. If you tackle the campaign on the Axis side you’ll get the opportunity to pull off a genuine surprise attack, rendering the Allied forces effectively immobile for the first couple of turns. Play on the Allied side and you’ll want to use those crippling moments to begin planning your defensive counterstrategy, both keeping the Axis units from capturing Bastogne and holding their troops and supply line away from the Meuse River. 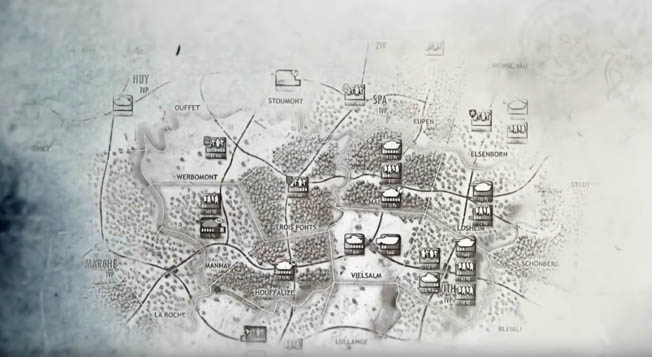 Time plays a major role in gameplay, and it’s always in the back of your mind even when not on full display on the screen. Most moves take at least a little bit of time off the clock, from 30-minute chunks and so on, so it’s important to factor that in, especially when a particular objective must be met before the end of a certain day. Thus, choosing whether or not to, say, pass on a move and let the opponent take their turn becomes one of the strategies on which the entire game hinges. All the while, you’ll see names and numbers representing the very real units under your command. When two or more go head to head against one another, sometimes they’ll face utter defeat, and other times they’ll simply retreat under fire. It all contributes to the developer’s efforts to imbue at least some sense of humanity upon what otherwise looks like a fairly static board full of ever-shuffling pieces. 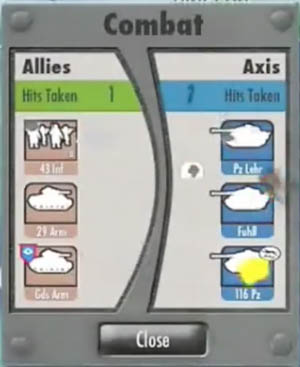 The attention to detail in Battle of the Bulge is much appreciated, but it can truly be unforgiving to anyone who isn’t accustomed to its style of strategy. Typically first missions in games like these tend to be more lenient than the rest, with the difficulty scaling gradually, but you will lose your first time out if you don’t pay close attention—especially if you choose the Allied forces—and it will take you a long time to fail, with little in the way of indication as to how you’re currently faring. Seasoned vets of strategy gaming will scoff at the notion, but the rest of the potential players out there might take a while to warm up to the whole thing.

Even if you don’t make it too deep into the missions, Battle of the Bulge will likely spark or further fuel any interest you may have in this particular campaign. While it’s certainly no substitute for reading a book or watching a proper documentary on the subject, playing through each moment helps to provide insight into the harsh, unrelenting nature of the battle. If you do end up playing the latest version of Battle of the Bulge on an iOS device, hopefully you have access to an iPad because that will save you any eyestrain that might make the going even tougher.