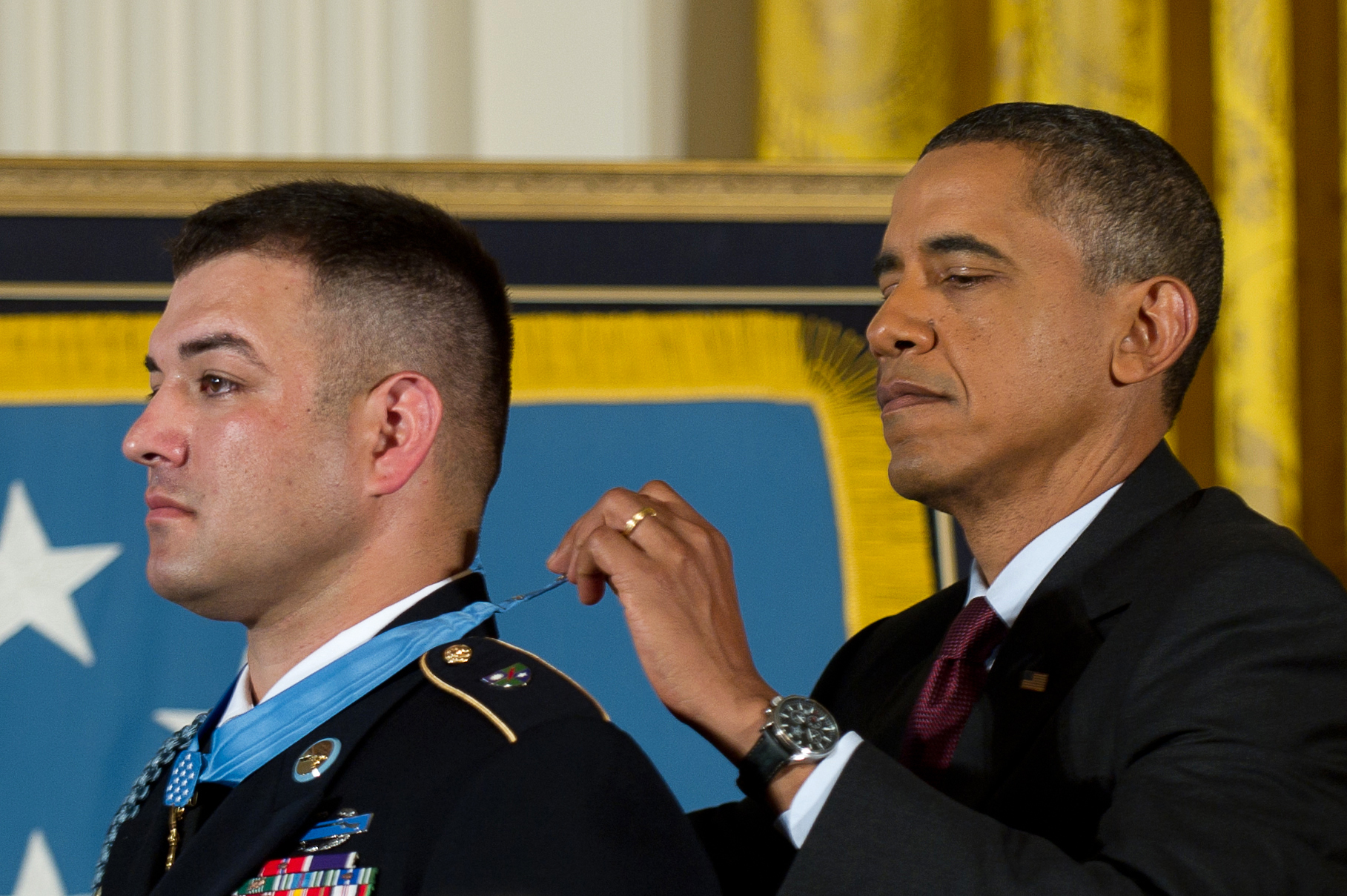 We tell the story of how Sergeant Roger Donlon earned the Congressional Medal of Honor in this issue. He was the first participant in the Vietnam War to receive the medal. This occurred while he led Special Forces Team A-726 during a surprise Viet Cong attack on the remote Nam Dong camp on the Laotian border on Saturday, July 4, 1964.

The sagas of other “first” recipients in major conflicts from the American Civil War to the War in Afghanistan are fascinating, gripping, and compelling. A few of these are the first and only woman to receive the Medal of Honor, the first African American to perform an action that merited the medal, and the first Hispanic American to receive it.

A native of Oswego, New York, Mary Edwards Walker served as a civilian-contract surgeon at the Battles of First Bull Run, Chattanooga, and Atlanta. She was held as a prisoner of war for four months in Richmond in 1864. President Andrew Johnson personally awarded her the Medal of Honor. The award was revoked in 1916 on the grounds that she had not been an officer or enlisted man in combat, but the Army restored it in 1977. Of the award, Walker said she believed she had received it because she had braved enemy territory to care for suffering soldiers and civilians at the risk of being imprisoned.

The first Hispanic American to receive the Medal of Honor was Joseph H. De Castro, who served in the 19th Massachusetts Infantry of his home state. He carried the state flag for his regiment at Cemetery Ridge during Pickett’s Charge at Gettysburg. As the Rebels made their attack, De Castro “knocked down a color bearer in the enemy’s line with the staff of the Massachusetts State colors,” stated an eyewitness Union general. In so doing, De Castro captured the flag of the 19th Virginia.

The first and only Hispanic American to receive a Medal of Honor in the War in Afghanistan was then-Staff Sergeant Leroy Petry of Santa Fe. A member of the Army’s 75th Rangers, he was assigned to a seven-man team to capture a Taliban target in a daylight raid in eastern Afghanistan on May 26, 2008. Petry and his team members came under a hail of automatic-weapons fire and grenades. At one point, Petry picked up a hand grenade in order to throw it back at the enemy. He lost his hand when the grenade detonated. “His gallant act undeniably saved his fellow Rangers from being severely wounded or killed,” states his medal citation.

William H. Carney was the first African American to perform an action that merited the Medal of Honor. The former slave from Norfolk, Virginia, was serving as a sergeant in the renowned 54th Massachusetts during the Second Battle of Fort Wagner in July 1863 when he picked up his unit’s fallen colors, planted them on the parapet of the fort, and retrieved them when his unit was driven back. During the fierce struggle, he was twice wounded.

Sergeant Cornelius H. Charlton was the first African American to receive the medal in the Korean War. A soldier in the 24th Infantry Regiment, he assumed command of his platoon after its commander was injured during an assault on Chinese forces at Hill 543 near Chipo-ri. Charlton led his platoon in three desperate assaults. Although wounded in the chest, he spearheaded the final attack, during which he was killed. “Observing that the remaining emplacement which had retarded the advance was situated on the reverse slope, he charged it alone, was again hit by a grenade but raked the position with a devastating fire which eliminated it and routed the defenders,” reads his citation.

We plan to continue covering Medal of Honor recipients in future issues in our new valor column.