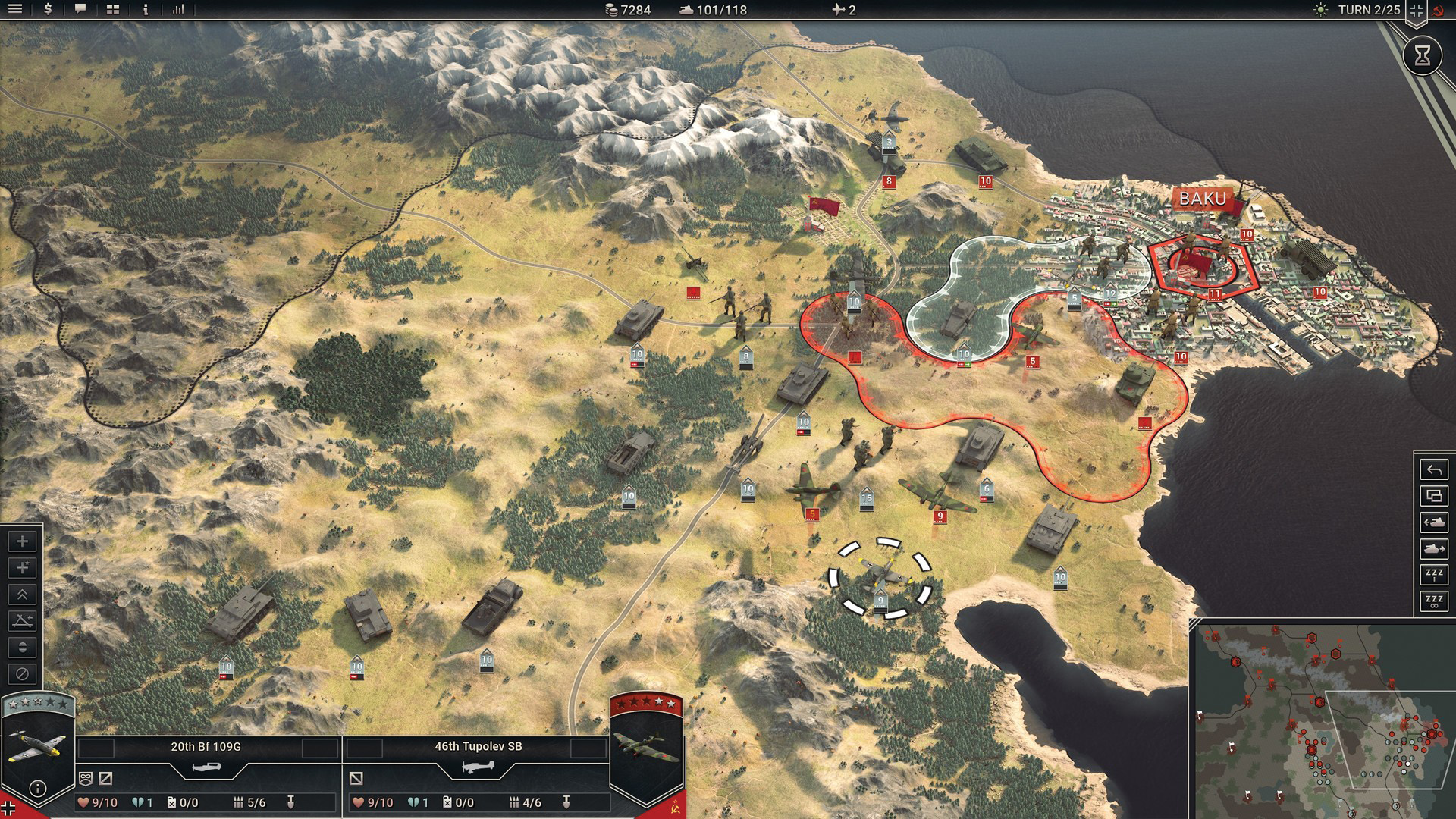 This article appears in: August 2020

We’ve previously covered the original Panzer Corps, which is a fantastic and, at this point, classic entry in the realm of PC strategy games. The additional content has really piled up since its initial release, so any longtime fans of tactical warfare—or even relative newcomers to the genre—have plenty to sift through and keep them occupied for the foreseeable future. And now, nearly a decade later, Slitherine is hoping to recapture that magic with the release of the long-awaited Panzer Corps 2.

While it takes a while to slide into a nice and familiar groove, albeit one with some welcome enhancements and changes, when it does, Panzer Corps 2 really reveals how far the series has come since 2011. As is the case with its predecessor, this entry is relatively easy to pick up, making it a good starting point for those new to the genre. Once you get past some simplistic opening battles, though, you’ll begin to see the more complex side of the campaign unfold. Maps in Panzer Corps 2 are as much puzzles as they are strategic battlefields, and this comes into crystal clear view after you take some time to learn the ropes. For veterans, these opening hours will feel a little underwhelming, but it’s absolutely worth it to tough it out to get to the meat of what makes this one special. 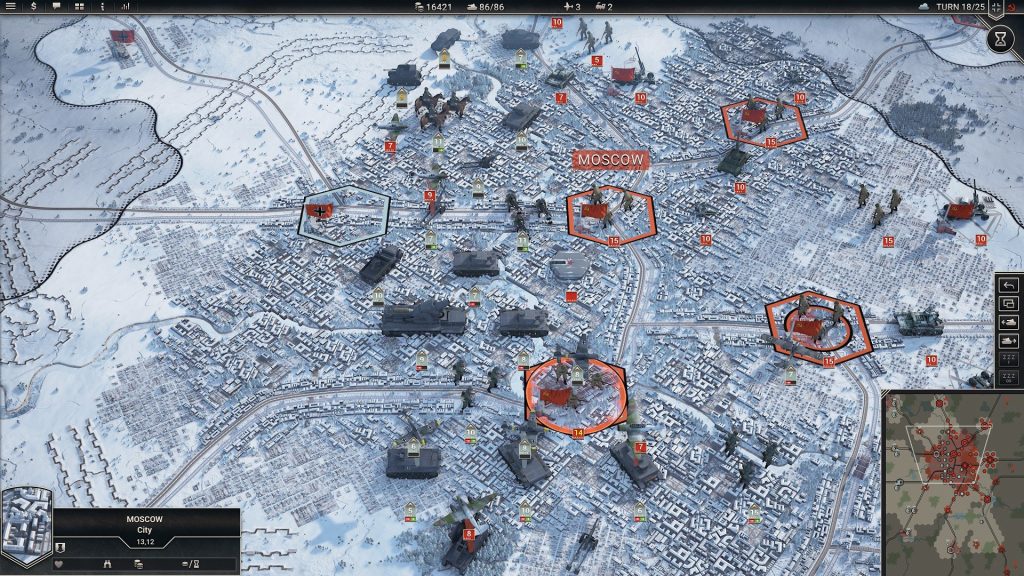 One of the big boons this time around is the sheer variety of units at your disposal. The team at Flashback Games clearly put a lot of work into differentiating them all, ensuring that there are plenty of strategic options at the ready no matter how you want to approach a given mission. Succeeding in some of the mid- to late-game missions will require some level of trial and error, especially when it comes to figuring out which units work best against the enemy forces in each situation. Finally nailing the right tactical approach is really satisfying, though, so it’s worth the time and effort you invest along the way.

There’s a certain point in Panzer Corps 2 where the computer decides to forego thoughtful strategy in favor of brute force, overwhelming players with ambushes and insanely powerful units that really take you by surprise. It will inevitably force you to change up the way you’ve learned to play over the entirety of the game, which is disappointing but far from a deal breaker. The real treat is yet to come, because there’s no doubt we’re in store for plenty of additional content as this sequel ages in the coming months and years. We’ll be able to judge the final product once more at that time, but for now there’s no reason not to jump in if you love classic strategy. Just prepare to get hooked for the long haul with this one. 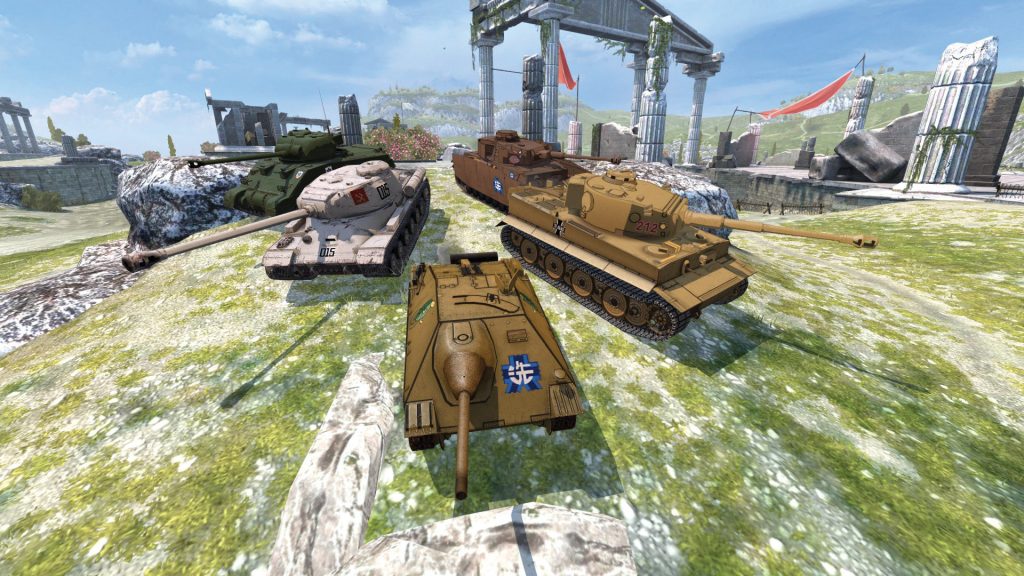 Folks keeping up with World of Tanks Blitz are given something new to sink their teeth into pretty regularly. One of the latest was Operation Onslaught, a new Battle Pass comprising 40 different stages. This one ran from May 1 to May 29, available in both free and premium versions with their own unique contributions. Those who opted for the free version were rewarded with in-game items depending on which milestones they hit, from access to a premium account to credits, gold, experience, avatars, camo, and vehicle research certificates.

On the premium end, every stage completed offered players re-wards, including the British Tier IV light tank, Covenanter, and the Soviet Tier VI heavy known as Thunder. Taking part in the premium version was just a five-dollar investment, which isn’t much to ask from a title that’s already free-to-play. World of Tanks Blitz also recently collaborated with the anime series Girls und Panzer—which is all about girls taking on rival schools in tank skirmishes—so there’s usually something fun going on for fans with varied interests.