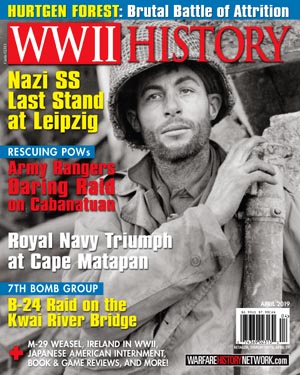 For three months during the autumn and winter of 1944, the U.S. First Army was locked in a death grip with the tenacious German defenders of the Hurtgen Forest, an area of 54 square miles east of the Belgian frontier.  When the battle was over, First Army had lost at least 33,000 men killed, wounded, or captured. Fighting from extensive, prepared defenses, the Germans lost approximately 28,000.

The Hurtgen became a killing ground for two prominent reasons.  The Americans sought to take pressure off elements of the Ninth Army fighting to capture the city of Aachen, the ancient seat of power for Charlemagne and the Holy Roman Empire, and the fortified Siegfried Line, or Westwall, at the German border. They also sought to capture the Roer River dams, which held back waters that would inundate the countryside if the Germans chose to destroy them, impeding Allied progress indefinitely.  The most direct route to the dams was through the Hurtgen. Only the launching of the German Ardennes Offensive in mid-December shifted the focus of fighting on the Western Front as Hitler’s last gamble for victory played out.

The dams were not captured until February, and the sacrifice in the Hurtgen remains one of the most arduous chapters in U.S. Army history.  “Artillery shells bursting in the tree tops splintered the trees, showering the soldiers below with fragments of wood and steel,” wrote Robert S. Rush, historian of the U.S. 22nd Infantry Regiment. “Those who fought there maintained, ‘Show me a man who was in the Hurtgen and if he says he has never been scared, he is lying.’” 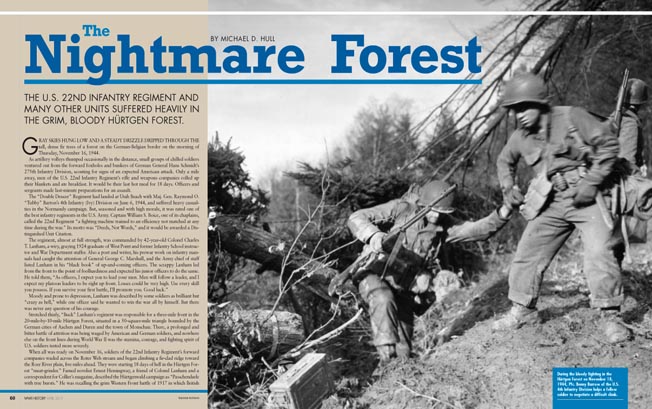 In the April 2019 issue of WWII History, author Michael Hull relates the story of a sister regiment, the 23rd. His account of the harrowing hardships endured makes riveting reading.

Elsewhere, the stirring story of the American raid on the Japanese camp at Cabanataun in the Philippines to rescue prisoners who had experienced years of tremendous hardship describes a well-planned an executed operation.  Known as the “Great Raid,” the risky venture saved lives during the last days of World War II in the Pacific, and Charles W. Sasser tells the tale with great insight. 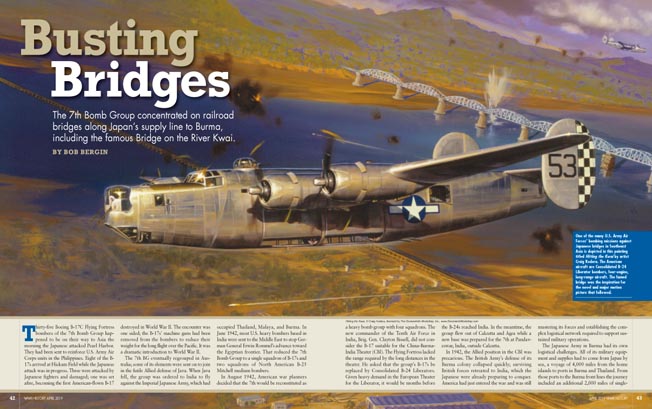 You won’t want to miss Bob Bergin’s account of the Allied bombing campaign against the real Bridge on the River Kwai, made famous by the inspiring motion picture that garnered eight Academy Award nominations and won seven Oscars, including best picture of 1957.  And David Lippman’s story of the naval Battle of Cape Matapan depicts the British Royal Navy at its finest along with a bit of help from its intelligence community. Royal Navy forces devastated a battle fleet of the Italian Regia Marina, and Mussolini was reluctant to commit his capital ships to action in the Mediterranean for the duration of the war.  A story that I wrote discusses the climactic battle for the capture of the German city of Leipzig, scene of the triumph of the combined might of the Sixth Coalition over the French Army of Napoleon Bonaparte at the Battle of the Nations in 1813, after American forces of the Ninth Army were diverted from their drive on Berlin. 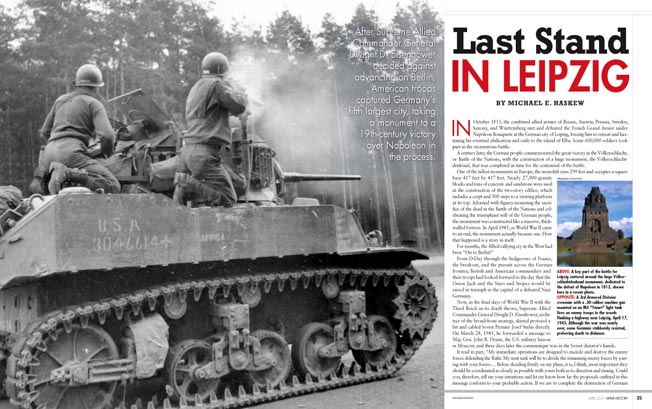 Other April offerings include a timely article on Colorado Governor Ralph Lawrence Carr’s stand against the internment of Japanese Americans, the neutral tightrope walked by Ireland’s Prime Minister Eamon de Valera, the magnificent M-29 Weasel tracked vehicle, and a desperate escape of anti-Nazi defectors from wartime Germany and its tragic unintended consequences.

We are confident that you will discover fascinating facts, little-known information, and tales of heroic exploits in the April 2019 issue. Look for WWII History on sale at bookstores and newsstands today. Or click here to subscribe and never miss an issue!