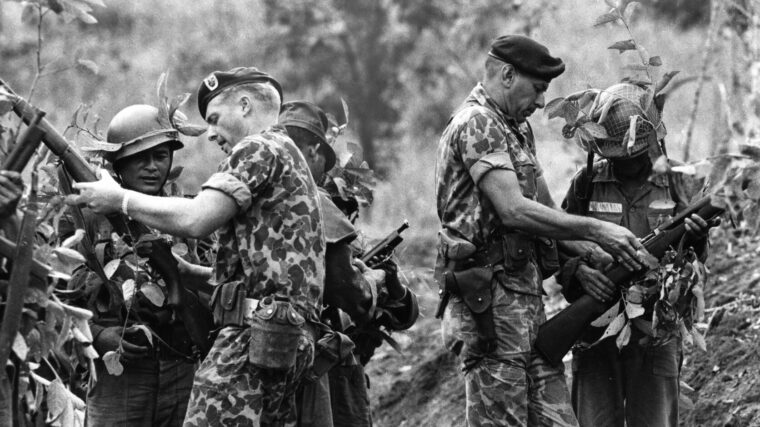 Special Forces Team A-726 had been out on patrol far from the unit’s camp at Nam Dong on the night of Friday, July 3, 1964, when radiomen back at the A team camp received an ominous warning from the field. Read more

In early 1967, the thinly populated, rugged, and mountainous Khe Sanh plateau lay in the northwest corner of South Vietnam, bordered by Laos to the west and the Demilitarized Zone (DMZ) and North Vietnam to the north. Read more

The Vietnam War ended in 1975, yet it has taken decades for the heroism and sacrifices of many of the men who fought and served to be recognized. Read more 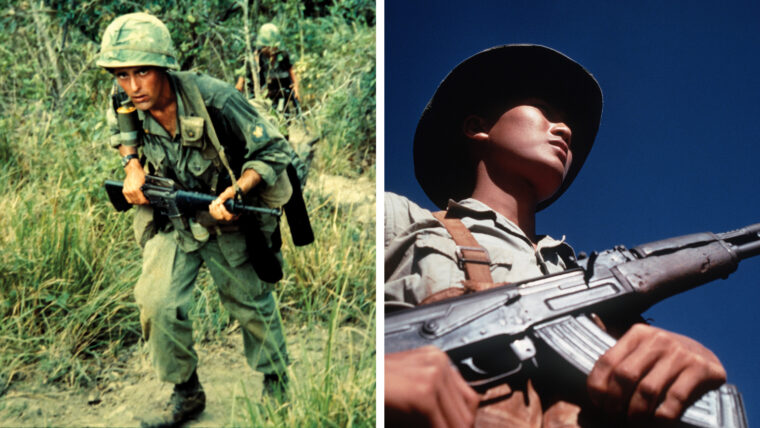 The AK-47 vs. the M16 Rifle During the Vietnam War

During the Vietnam War, two of the most famous firearms of modern times emerged as icons of the latter half of the turbulent 20th century. Read more

The Claymore vs. The M14 Mine in Vietnam

During the Vietnam War, the land mine was responsible for large numbers of casualties among both military and civilian personnel. Read more

South Koreans in Vietnam: A Force to Be Reckoned With

On the night of February 13, 1967, the 11th Company of the 2nd South Korean Marine Brigade was occupying a position near the village of Trah Bin Dong in Quang Ngai province, South Vietnam. Read more

Throughout the history of warfare, there have been targets that have been notably reluctant to fall. One such highly resistant target was the Thanh Hoa Railroad and Highway Bridge spanning the Song Ma River three miles northeast of Thanh Hoa, the capital of Annam Province in North Vietnam. Read more

The Battle of Hue City: In the Thick of the Tet Offensive

The city of Hue was the capital of a unified Vietnam from 1802 until 1945. With its stately, tree-lined boulevards, Buddhist temples, national university, and ornate imperial palace within a massive walled city known as the Citadel, Hue was the cradle of the country’s culture and heritage. Read more 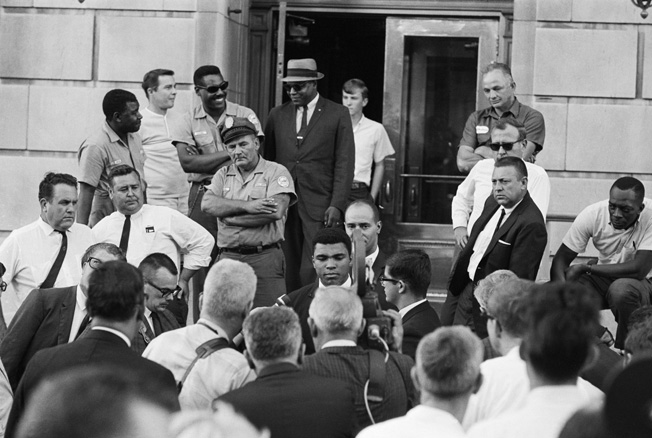 Three-time world heavyweight boxing champion Muhammad Ali reigns as one of the most colorful sports figures of the 20th century. Read more

In 1989, this writer had occasion to interview four-star General William Childs Westmoreland, now 86, formerly U.S. military commander in South Vietnam and at the time of the interview a retired Chief of Staff of the Army. Read more

Vietnam: From the “Puff the Magic Dragon” Plane to the Lockheed AC-130

Off in the distance came the faint drone of a large propeller-driven aircraft. The sound got steadily louder, when suddenly a curtain of red fire erupted from the sky and rained down on the rice paddies in front of us. Read more