Soldatenkaffee, named after a café frequented by German soldiers in Nazi-occupied Paris during World War II, is, thankfully, one of a number of choices for luncheon fare in Bandung, Indonesia. Read more

At exactly 8 PM on November 8, 1939, German Chancellor Adolf Hitler strode briskly into Munich’s Burgerbraukeller beer hall at the head of his glowering entourage, brushing past a forest of hands raised in the Nazi salute. Read more

The German and Austrian Jews of the Allied Armies

Once they escaped from Nazi-dominated Europe, hundreds of German and Austrian Jews joined the American and British military to help bring an end to the Nazis’ reign of terror. Read more

Although Britain has a number of war museums, the Imperial War Museum (IWM) is acknowledged as the Holy Grail of them all—the one you must visit when in London. Read more

British Paratrooper at Arnhem: An Interview With James Sims

Q: Could you give us a little personal background before we talk about your war experiences? 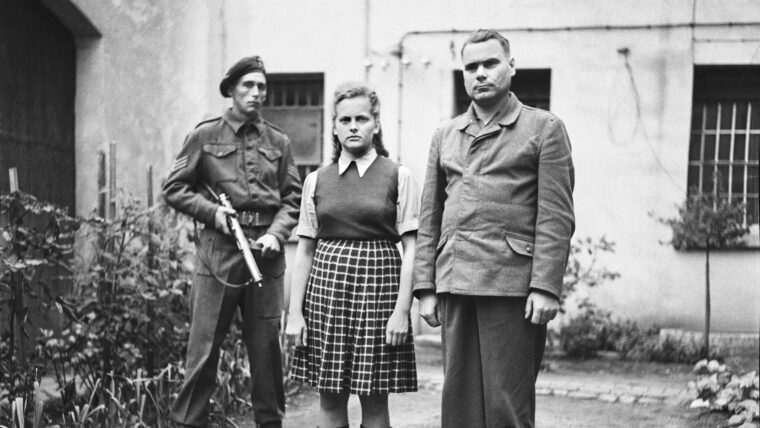 “She was one of the most beautiful women I have ever seen. Her body was perfect in every line, her face clear and angelic, and her blue eyes the gayest, the most innocent eyes one can imagine. Read more

Down in the basement of my father’s medical office a Nazi helmet stood guard. It sat on top of the pea-green Army trunk, CAPT R LEVINSON stenciled in white letters under a beaten-up leather handle. Read more

Belgium Besieged: From Blitzkrieg to Occupation

On May 9, 1940, a black Mercedes automobile drove inconspicuously away from the Reich Chancellery in Berlin and merged with the weekend traffic. Read more

Was Leon Degrelle a Traitor of Belgium, or a German Army Hero?

Leon Degrelle was born in 1906 in Belgium to a prosperous family in the French-speaking region of Wallonia. Read more

Nearly three-quarters of a century distant from the end of World War II and the defeat of Nazi Germany, one may conclude with confidence that few images of mankind’s violent history stir greater revulsion and, yes, lingering fear than that of a glowering Adolf Hitler—steely eyes gazing outward from a page or the glow of a computer screen. Read more