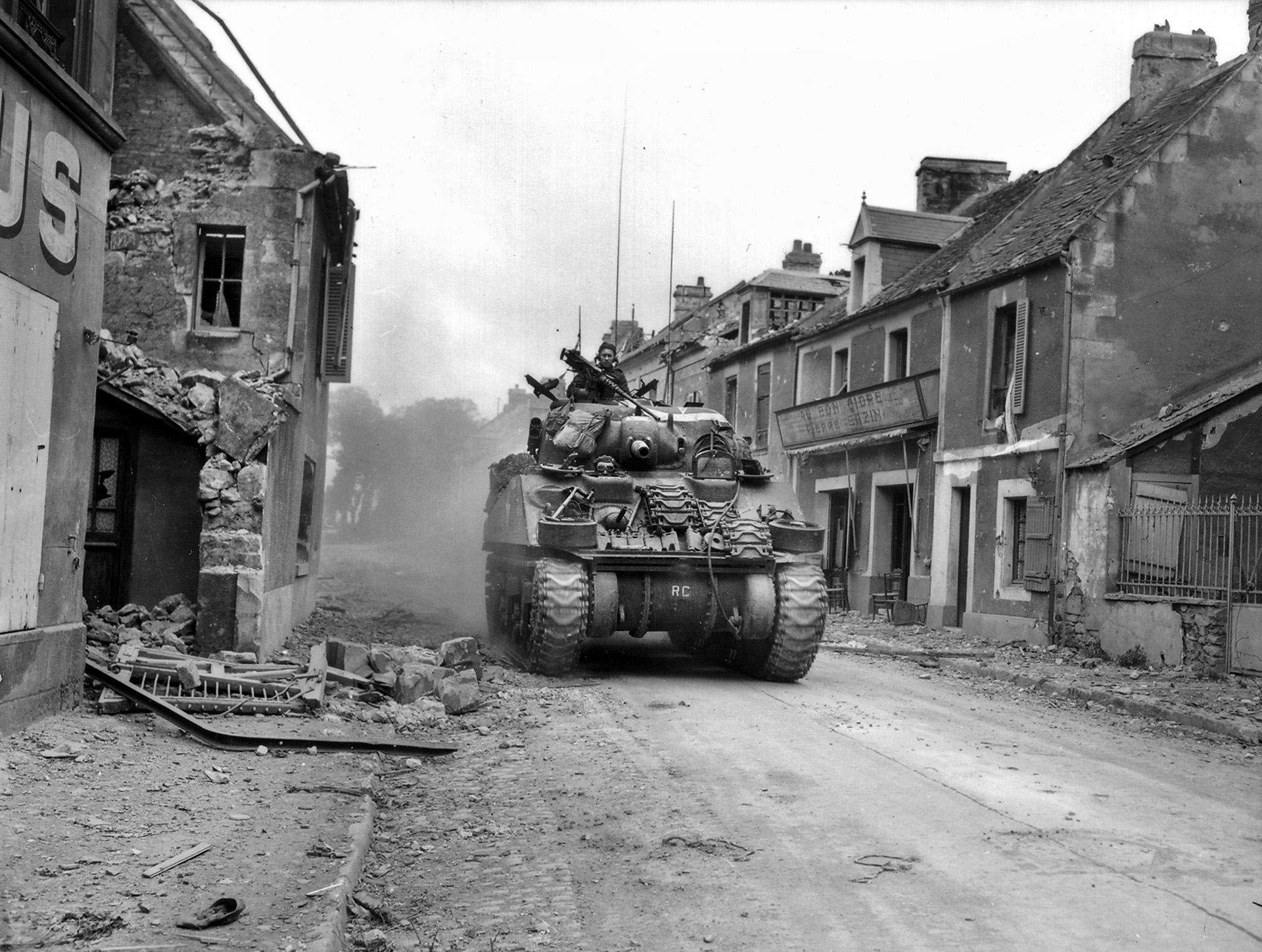 In Eisenhower’s Lieutenants, eminent historian Stanley Weintraub wrote that communications in the 1800s between America’s scattered frontier garrisons were slow, which encouraged a tradition of individual initiative in the American army. Read more

The men who were prisoners of war during World War II paid a terrible price in the form of PTSD—post-traumatic stress disorder. Read more

In the autumn of 1944, even before the failure of Operation Market Garden, the eyes of Allied commanders were on the great Rhine River, and when the time came to cross the last major natural barrier on the German frontier, American airborne troops would play a key role, while also participating in other operations during the last days of World War II. Read more

The chief shuffled to his seat in the underground conference room. He sat down heavily, eyes unfocused and dreamy, while a litany of woes was read to him. Read more

The easternmost Allied landing beach of the Normandy invasion of June 6, 1944, was code-named Sword. It was the responsibility of British Maj. Read more 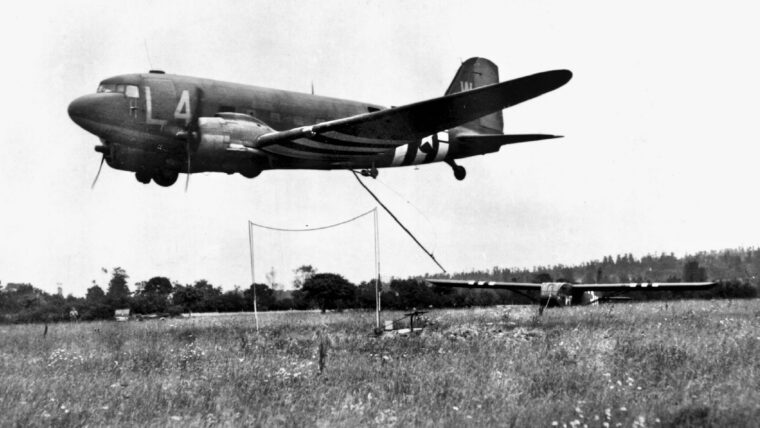 High over Normandy, France, eight paratroopers of the 82nd Airborne Division charged out the rear door of their C-47 Skytrain aircraft. Read more 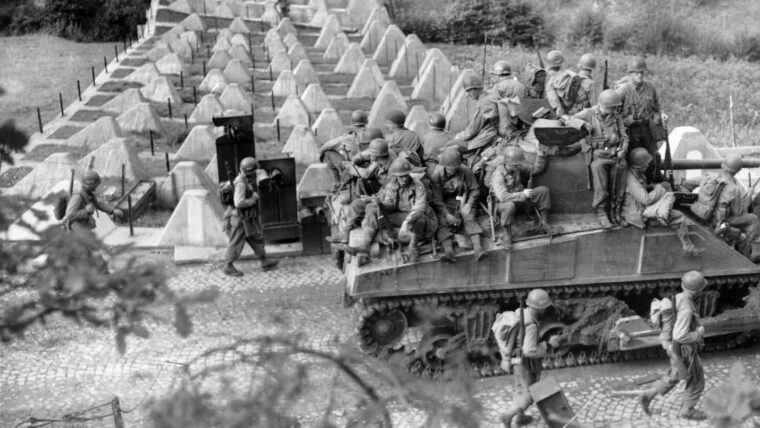 A column of American M-4 Sherman medium tanks moved through Dison, Belgium, in late summer 1944, near the city of Liege. Read more 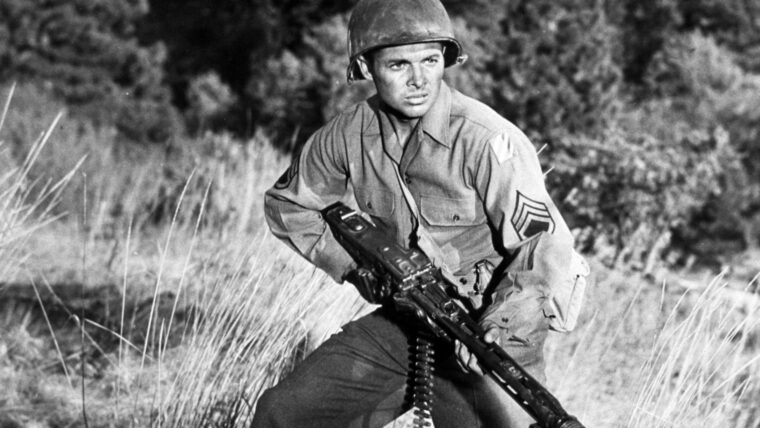 Short, slightly built, baby-faced, and soft-spoken, Audie L. Murphy of Texas was far removed from the popular image of a warrior or hero. Read more

The Beast of Omaha: A German Soldier Who Defended Omaha Beach

In the early hours of June 6, 1944, a 20-year-old German soldier hurried to his post at Wiederstandsnest 62 (WN62) overlooking Omaha Beach to man his MG 42 machine gun. Read more

The B-17 Crewman who Survived Fifty Missions Over Germany

Marshall B. Haugen was born July 8, 1917, and raised in Duluth, Minnesota—one of four brothers, all of whom served in the U.S. Read more 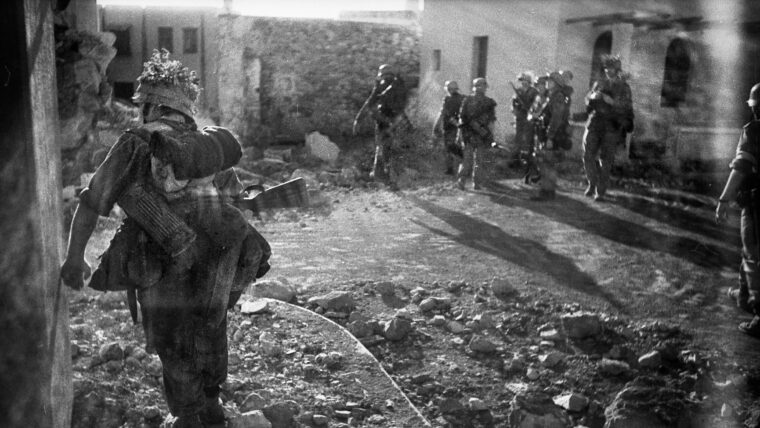 British Blunder in the Dodecanese Islands

Major George Jellicoe, head of Britain’s Special Boat Squadron, made a last-minute check on his parachute harness to see if all was ready. Read more 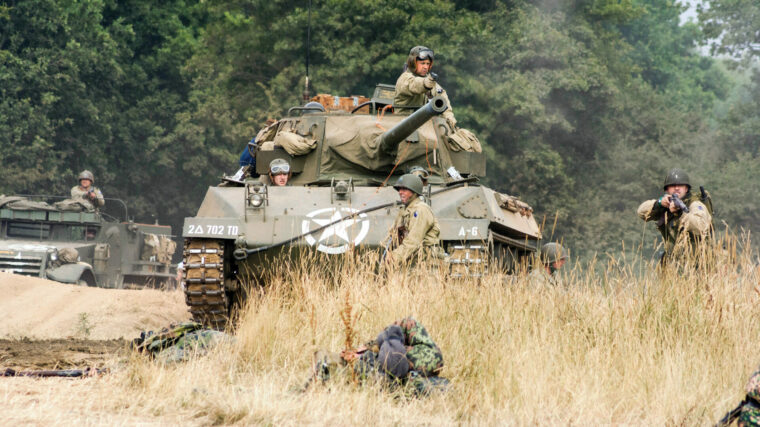 In 1940, existing U.S. Army tactical doctrine called for a cordon of towed antitank guns to defend against an enemy tank attack, but army planners studying the Battle of France in May of that year realized that a tactical plan of that nature was outdated and likely would not thwart a large-scale armor attack. Read more

BACK STORY: The author has always had a soft spot for the story of the Mulberries. His mother, who was a skilled maker of wedding dresses in London, was conscripted to learn welding and sent to Jones’ Cranes, at Letchworth, just north of the capital city. Read more

The Battle of the Bulge lasted from December 16, 1944, until January 25, 1945, and stands as one of the classic stories of true grit and defiance against a strong and determined enemy. Read more