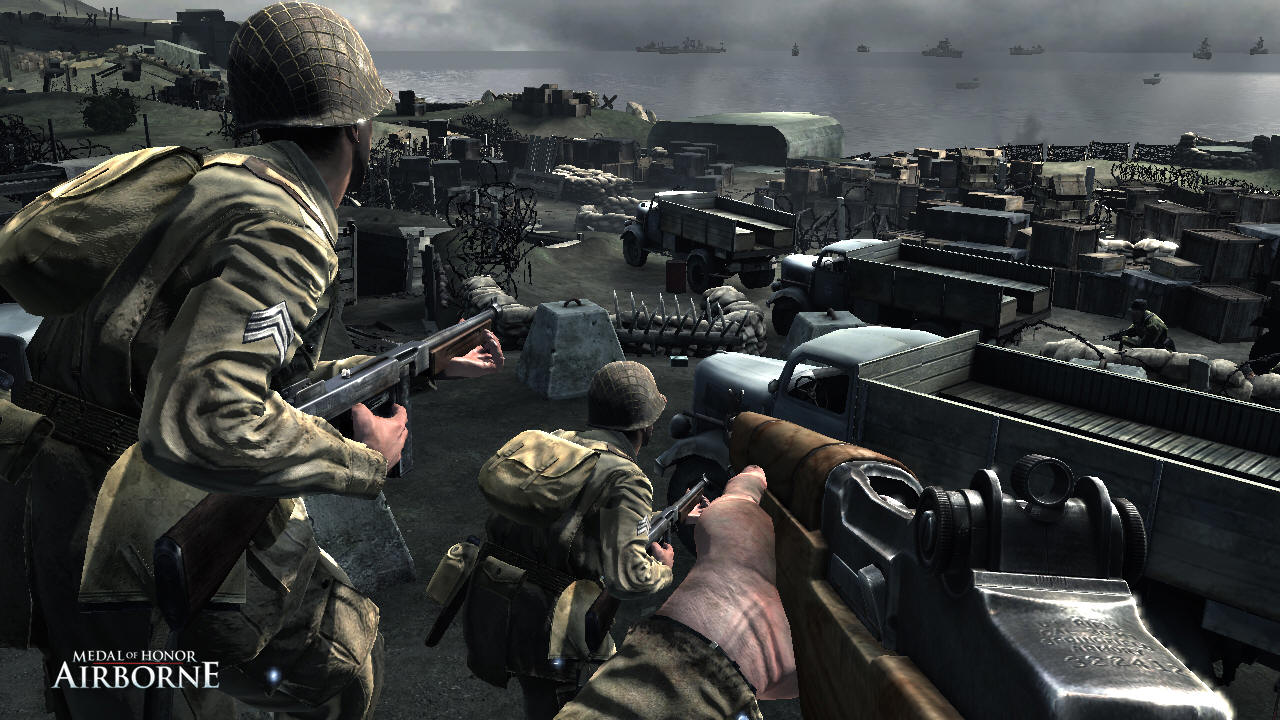 The Triumphs And Trenches Of Medal Of Honor

Heavy is the burden on the first horse out of the gate. There’s the pressure of setting the pace; establishing the flow for those approaching from the rear. Most intimidating of all, however, is the very real possibility of completely burning out, allowing others to gracefully pass by. While Electronic Arts’ Medal of Honor series may not be the absolute first of its kind, it did tread new ground in a relatively untapped market, and did so with the foresight of a true franchise.

In a few months, things might seem back to normal, with a new Medal of Honor title screeching onto store shelves. Though that particular entry in the series follows in the footsteps of modern warfare a la current Call of Duty games—call it a case of the teacher becoming the student—let’s not forget the path the series has blazed through the trenches of World War II, and what it can teach us about the successes and failures of the medium in general. 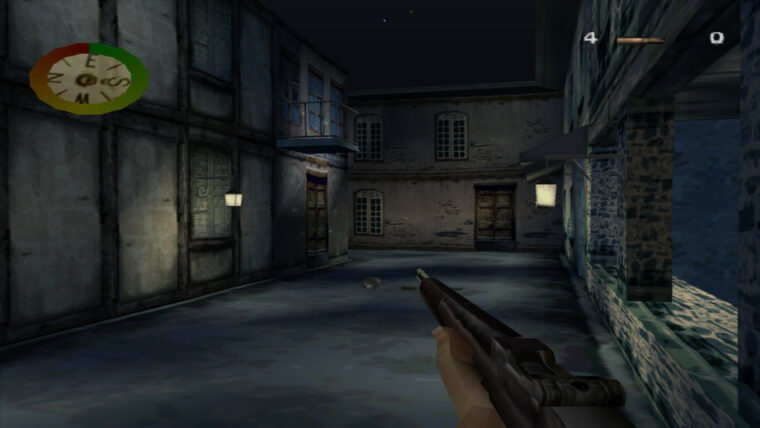 In 1999, a first-person World War II shooter was about as novel a concept as could be, at least as far as the home console front was concerned. Landing somewhere between the splash made by Steven Spielbeg’s Saving Private Ryan and the looming next generation of game consoles, Medal of Honor offered a uniquely cinematic experience for the original Playstation, which was more or less on its way out at the time.

While it’s difficult to get across the success of the visual presentation at the time—especially now, when PSone games look almost like impressionist artwork at best; strange mixes of harsh polygons strewn across scorched, jagged earth—the experience beyond the graphics alone was full of atmospheric nuances. One of the most effective parts of the whole came in the form of Michael Giacchino’s rousing score. Giacchino is probably best known at this point for his scores for mega-popular shows like Lost and, well, pretty much everything else J.J. Abrams has put his name on.

There was also a palpable air of authenticity about the experience, regardless of how truly grounded in history the whole thing may have been. Retired U.S. Marine Captain Dale Dye acted as military adviser, overseeing the crucial details in the journey of protagonist Lieutenant Jimmy Patterson. (This would mark but the first instance of his involvement with EA’s franchise.) I’d like to think the strict supervision of a military adviser was the one thing keeping the series from going full-on Wolfenstein; after all, who’s to say taking on a mechanized Hitler is an inherently bad thing?

The original was inevitably followed by many—pinned not under the weight of numerical sequel indicators, but plenty of subtitle variations. Allied Assault, Underground, Frontline, Rising Sun, Vanguard, and so on, from PC to console and even a handful of portable systems. The next in the series, which is scheduled for release in October, marks the first notable departure from the World War II setting that established its name in the first place. 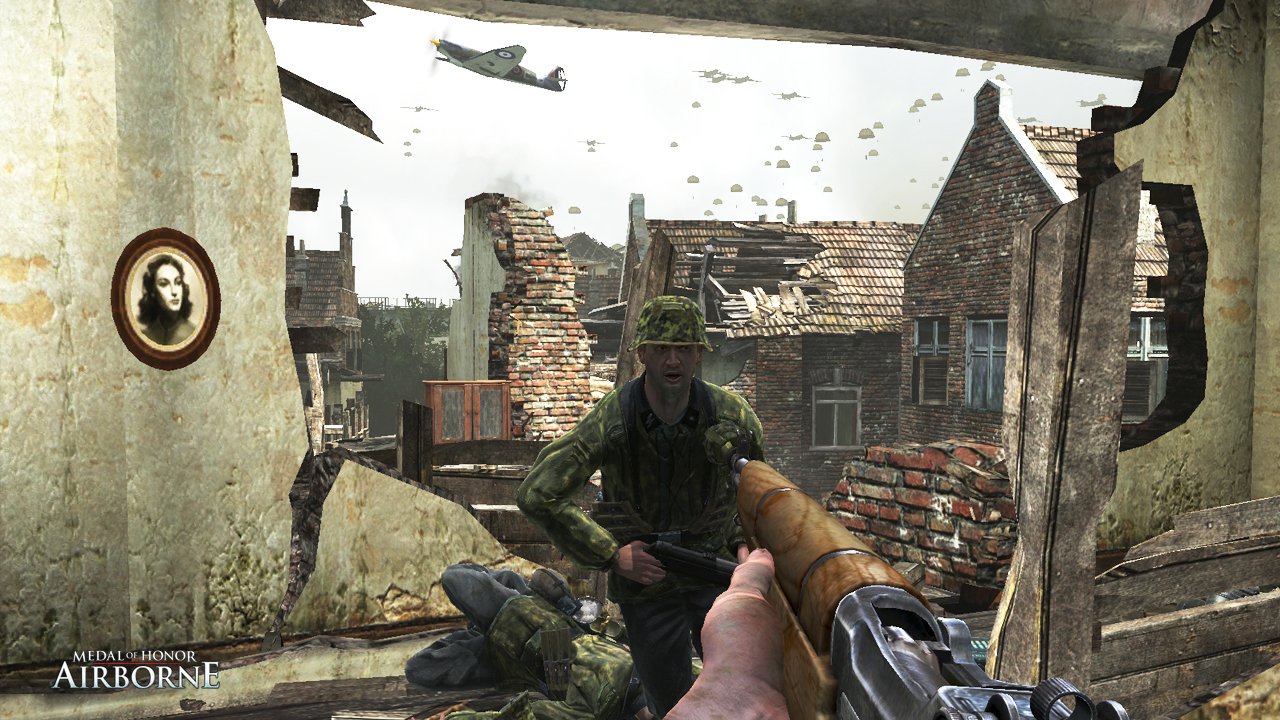 One of the aspects that made the earlier Medal of Honor games unique in an endless line of similar shooters was the focus on more stealthy, behind-the-lines missions. That’s not to say the games have you pressing your back to walls like Solid Snake and snapping necks in the dark, but there’s a discreetness to it that makes the combat stand out more than a game that constantly assaults the player with bullets and bombs. This really came across in missions with the French Resistance, and pretty much any operation that had you donning some sort of disguise. Things changed as the series progressed, offering up blazing frontline action that’s more equatable with modern-day efforts, even if the artificial intelligence in the enemy lineup was decidedly … not.

In the grand scheme of things, it hasn’t been that long since we’ve heard from Medal of Honor. However, in the game world, 2007 sure does seem like more than a stone’s throw away. That might have something to do with the gradual downward slope the series faced, both critically and commercially. Now, in just a few years, the landscape has changed enormously, and competition is tougher than ever.

In an interview with Gamasutra, EA Games president Frank Gibeau admitted that the problem with series such as theirs often lies in the annual releases (and this is coming from the publisher of Guitar Hero!). That same issue can be attributed to other popular franchises, even if they’ve yet to feel the effects. Much like what happened to Medal of Honor, Gibeau says that “they get in a rut, they become over-annualized. They run out of innovation.” 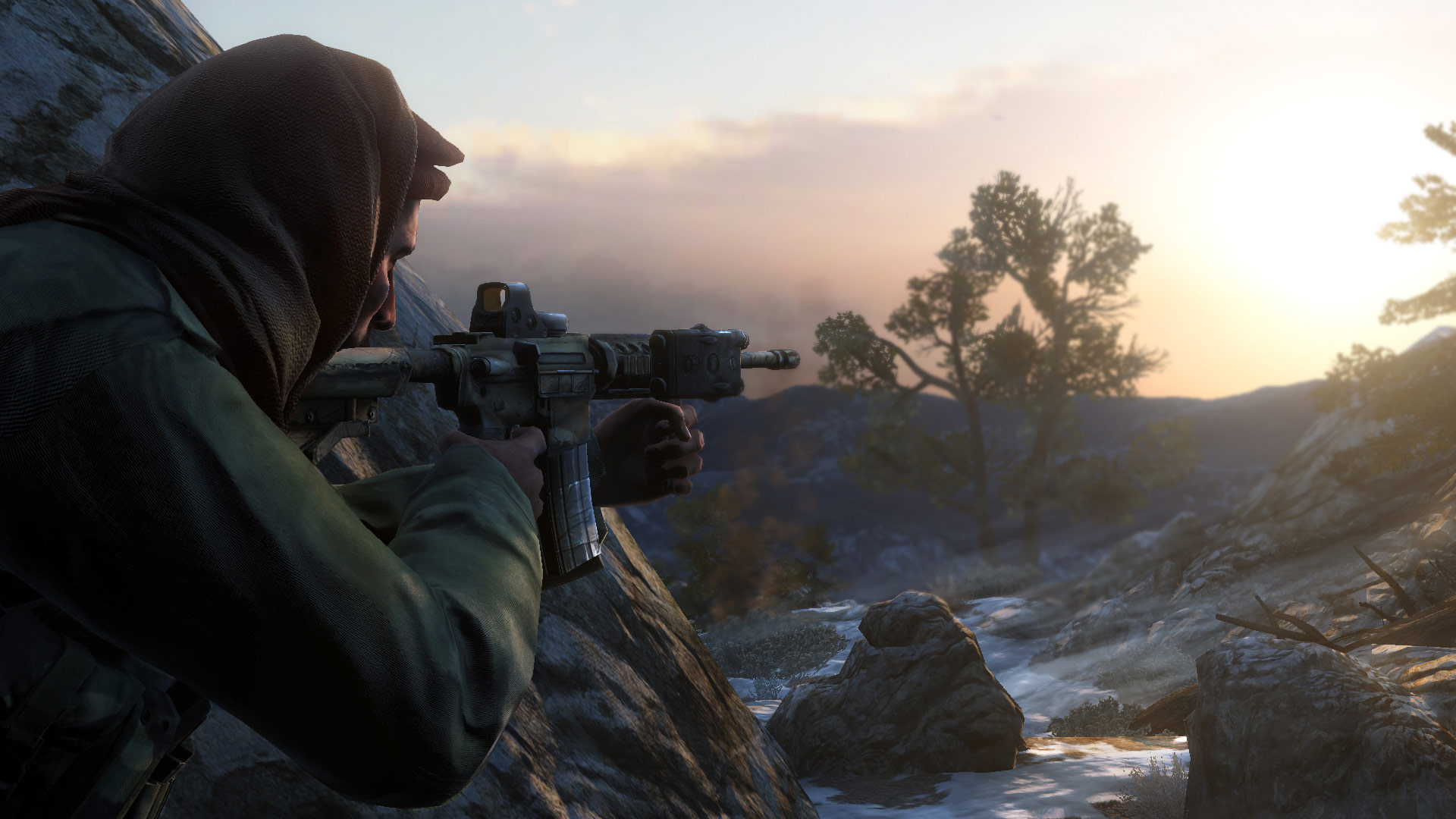 If this holds true, then there’s certainly a lesson to be learned from their past mistakes. Maybe the folks at Activision should take note, since their Call of Duty series—currently the juggernaut to beat in the retail world of war—has been an annual endeavor for quite some time. Sure, it’s only growing more popular with each release, but the same could be said for Medal of Honor when it was at its prime. Add to that the recent hoopla with Infinity Ward employees heading for greener pastures after a round of firings for “insubordination” (for reasons that Activision states were necessary, but only those involved know the real story), and you have the potential for a franchise in trouble down the line.

Then again, the results can be observed by all when the Treyarch (Call of Duty 3, Call of Duty: World at War) developed Call of Duty: Black Ops is released this November.

Getting back to Medal of Honor and the issues that go hand-inhand with over-annualization, it would appear that even EA is gearing up to repeat history. In the conversation with Gamasutra, Gibeau went on to lay out their plans for a very aggressive marketing campaign when their Medal of Honor reboot hits, and stated that, between the quality of this entry and the IP’s pedigree, they’re “going to be in the Medal of Honor business for a long time.”

Is this the very definition of a vicious cycle, or is it just the nature of the industry itself? Maybe both, and only time will tell if these are actually mistakes being made, repeated cyclically until there’s nothing but powder to be milked. Frankly, the game industry grows and evolves at such a rapid rate that we’re already living in a different era than we were in 2007, based on both internal and external factors. Between this and their Battlefield series, though, EA seems primed and determined to take the war market over, one medal at a time.