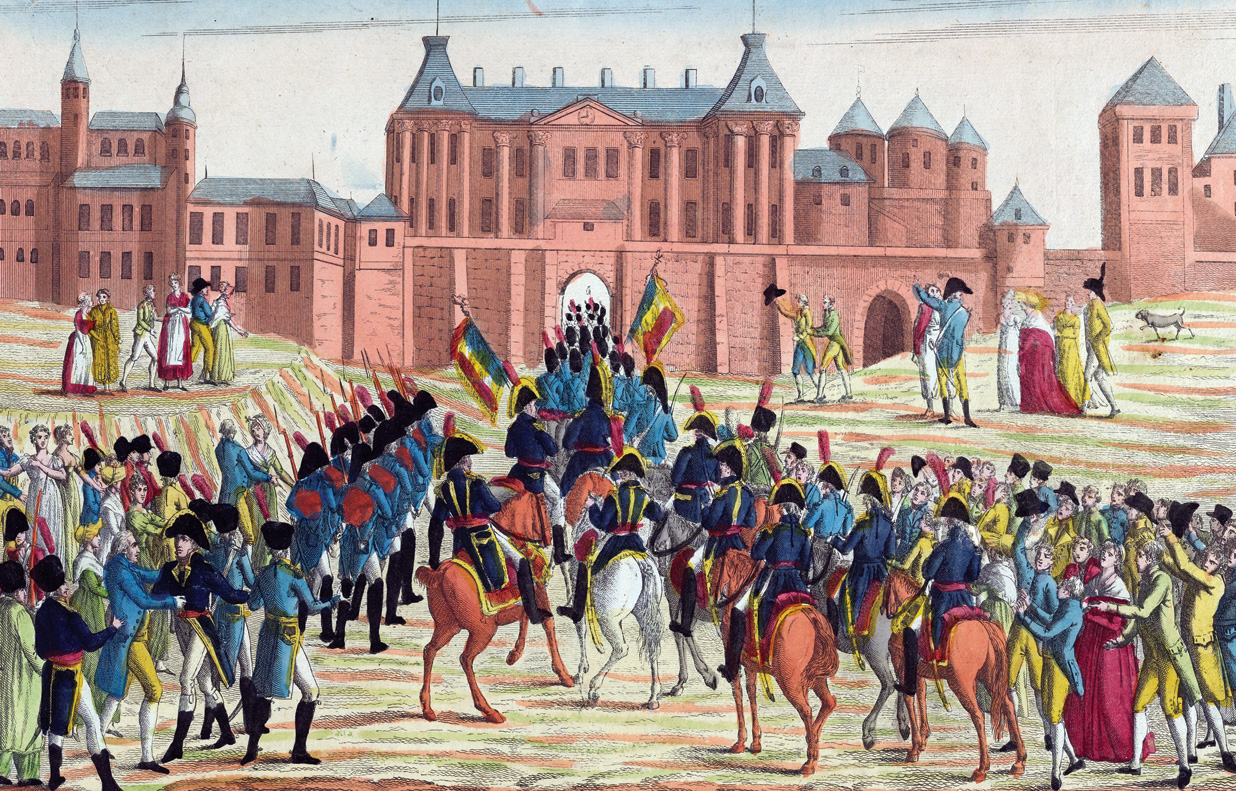 The Grande Armee Suffered During Winter War in Poland

The splendid days of conquest in which France’s Grande Armee had marched along well-constructed roads through wealthy and densely populated areas of Europe came to a close when Emperor Napoleon’s army entered Poland in late 1806. The advent of winter brought hardship in the encampment of the Grande Armee.

Once the elation at having crushed the Prussian army at the twin battles of Jena and Auerstadt wore off, the spirit of the Grande Armee plummeted. Soldiers, worn out from campaigning, longed for the comforts of home. Those in the ranks griped and grumbled, for it seemed to them as if there were no end to Napoleon’s thirst for military campaigning. Stomachs growled incessantly at the food shortages that plagued the Grande Armee. Desertion and looting were rampant.

“Our soldiers were less satisfied; they showed a lively distaste to crossing the Vistula,” wrote General Count Rapp. “Misery, the winter, bad weather, had inspired them with an extreme aversion to this country.”

Napoleon was fixated on replacing the losses in his ranks in preparation for a campaign against the Russians the following year. He called up the Class of 1807 ahead of schedule. These conscripts would begin arriving the following summer. Additionally, he ordered recruiting drives in Holland and Switzerland.

To equip his army, Napoleon levied heavy taxes on the 16 member states of the newly created Confederation of the Rhine and requisitioned uniforms and equipment from them. In a bid to boost morale, Napoleon not only ordered a sizeable pay bonus for all of his soldiers, but also issued three pairs of shoes for each infantrymen and new boots for each cavalryman.

Still, he could neither change the weather nor improve Poland’s poor roads. Heavy rains in October turned the roads into quagmires, and the hard frosts that followed in November did not improve matters much. The onset of winter in December brought blinding snowstorms. The road conditions, combined with the harsh winter weather, negated the war of maneuver at which Napoleon’s army excelled.

Napoleon had distributed orders to his marshals in which he said that they were not to undertake forward movements until spring. Marshal Michel Ney chose to disobey the order. His unauthorized sweep through the Polish lake region in search of supplies may have precipitated the winter campaign of 1806-1807 by forcing the Russians into action. The supply situation had become so desperate that French corps commanders were not above commandeering another corps’ supply wagons.

In its march through Austria and Germany, the French army had largely lived off the land, but this became difficult if not impossible in Poland. Napoleon tried to establish a depot system through these regions, but an effective one required large numbers of wagons to move supplies from one depot to the next, and there was never an adequate supply of draft animals and wagons. Making matters worse, Russian General Levin August von Bennigsen practiced a scorched-earth strategy that left little forage for the French operating east of the Vistula River.

Many of these factors, particularly the low morale, lack of adequate food stores, and abysmal road conditions, played into the lackluster performance of Napoleon and the Grande Armee at Eylau. It would not be until the sunny summer of 1807 that the Grande Armee was its old self.