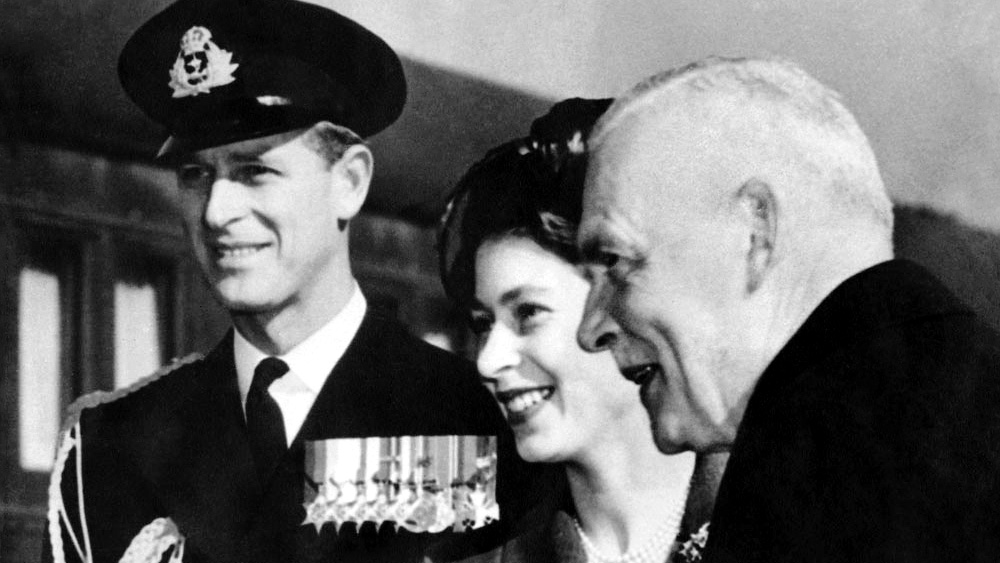 Requiem for a Prince and a Sergeant

The number of World War II survivors continues to grow smaller. This spring, two of them made the news.

The first, of course, was Prince Philip, husband of the United Kingdom’s Queen Elizabeth, who died on April 9, 2021. His state funeral was a solemn, magisterial affair, complete with all the pomp and ceremony that the British do so well.

After training as an officer at the Royal Naval College in Dartmouth, Devon, he was given his first posting in January 1940 as a midshipman on the battleship HMS Ramillies that was tasked with protecting convoys of the Australian Expeditionary Force in the Indian Ocean.

In October 1940, he was transferred to the Mediterranean Fleet, where he served aboard HMS Valiant and was involved in the battle of Crete. Then, in July 1943, Philip was credited with saving HMS Wallace, which came under heavy bombardment during Operation Husky, the invasion of Sicily. To confuse German bombers that were attacking the ship at night, he devised a plan to launch a raft with smoke floats that successfully distracted them.

The other death on April 9 was that of an American staff sergeant from Alabama named Arnold “Ray” Lambert, Sr., whose death was not as extensively reported as the Prince’s, nor his funeral as elaborate.

Lambert had taken part in the invasions of North Africa and Sicily, and he’d already earned three Purple Hearts and two Silver Stars. On June 6, 1944, Lambert was leading a unit of medics from the 2nd Battalion, 16th Infantry Regiment, 1st Infantry Division, landing on Omaha Beach, Normandy. As troops stormed ashore, many were cut down by enemy fire and land mines. It was bloody chaos; only seven of the 31 soldiers on Lambert’s landing craft survived.

In the pounding surf, Lambert was helping a wounded soldier when an LCVP’s ramp dropped on him, breaking his back and pushing him to the bottom, nearly drowning him. Despite his pain, he was somehow able to drag injured men from the water to a protected area behind a large concrete block, where they could be assisted by other medics. Although severely wounded himself, he was credited with saving at least 15 lives that day, including that of his brother Bill, also a medic.

In June 2019, Lambert was later honored, along with about 100 other American D-Day veterans, at a ceremony marking the 75th anniversary of D-Day at the Omaha Beach cemetery.

President Donald Trump, in perhaps his finest speech, praised Lambert’s courage and service: “Again and again, Ray ran back into the water. He dragged out one man after another. He was shot through the arm. His leg was ripped open by shrapnel. His back was broken. He nearly drowned.”

As Mr. Trump spoke, Mr. Lambert sat behind him wearing a “D-Day Survivor” cap. At the end of his speech, the president turned to him and said, “Ray, the free world salutes you.”

I happened to have been present at that ceremony; the standing ovation given to those veterans was the longest and loudest I have ever heard.

The concrete block he used to shelter the injured is still on the beach and was named “Ray’s Rock.” It has a plaque affixed to it, honoring Lambert and his men.

In 2019, at age 98, Lambert published his best-selling memoir, Every Man a Hero. The title referred to his belief that he shouldn’t be singled out—every man in his unit was a hero of the war.

“The way I’d like to be remembered is as a guy who was willing to die for my family and for my country, and a good soldier and a good person,” he said.

He is buried at Arlington National Cemetery in the company of thousands of other heroes.