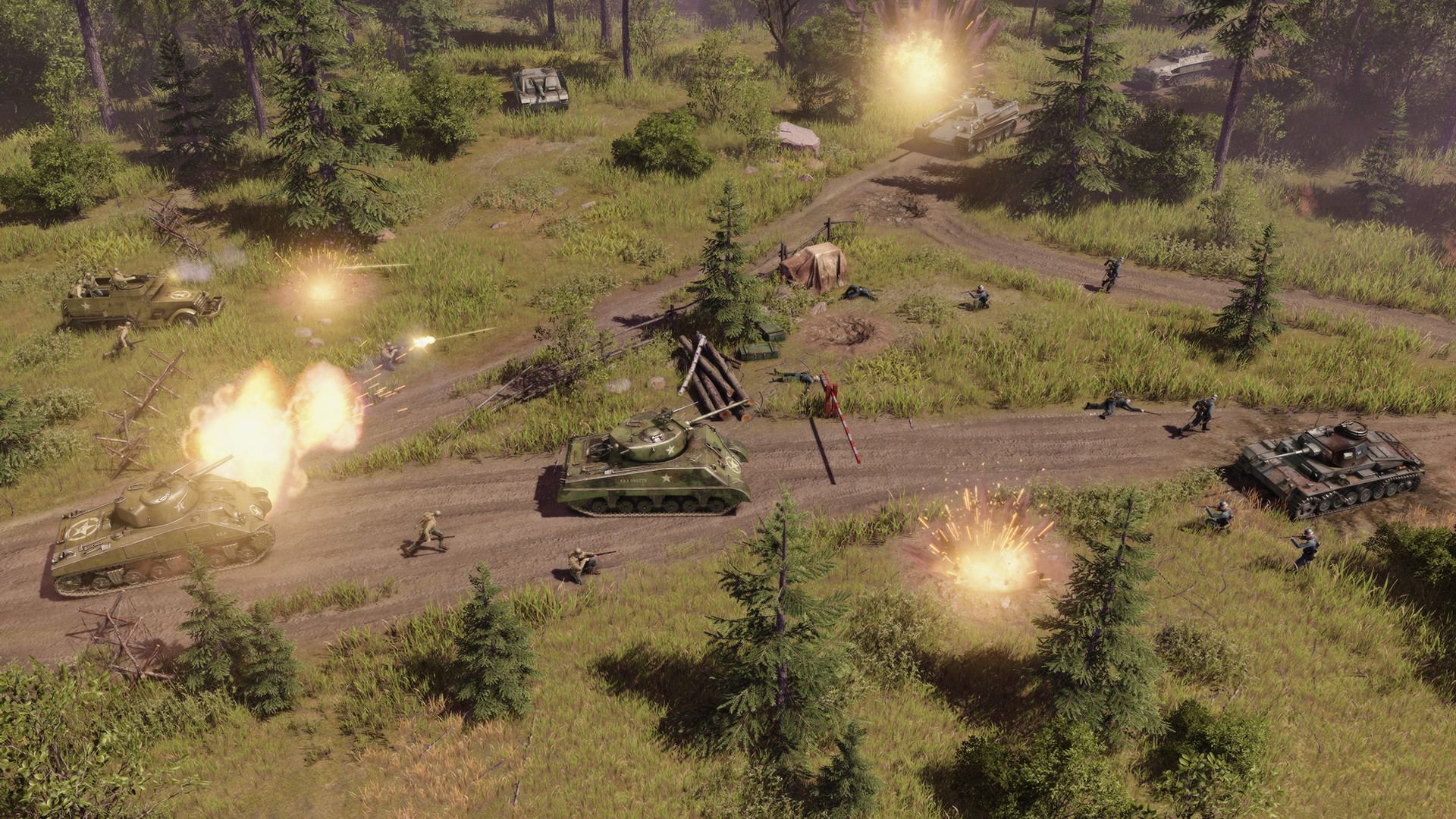 Men of War Prepares to Return to the Battlefield This Year

World War II real-time strategy series Men of War first kicked off in 2007, courtesy of the folks at Best Way Studio, which is known for releases like Soldiers: Heroes of World War II, as well as the expansions that followed the original Men of War. Now we’re finally getting a proper sequel in the form of Men of War II, which is coming to PC via Steam in 2022.

Much like Company of Heroes 3, that’s about as specific as this particular release date gets. We at least know some of what we can look forward to, though, including a split campaign that tells two stories: One that has the Allies fighting on the western front and another that has the Red Army challenging the Third Reich on the eastern front. The Allied and Soviet campaigns are told through cinematic sequences and the type of intense, on-the-ground action that Best Way established the first time around.

Best Way also developed a knack for nailing historical accuracy in Men of War, and that appears to be a key aspect of the sequel, as well. Everything from the locations to the units and character roster—adding up to three sides, 45 battalions, and more than 300 vehicles—is depicted with realistic models and renderings that keep it all as faithful as possible. Considering the fact that we’re moving from 2007 to 2021 as far as releases go, it should come as no surprise that the visuals have improved exponentially along with the increase in content, as well.

Beyond the window dressing, the success of Men of War II is ultimately going to come down to how well it plays and how its updated AI works in the context of full-scale battles. It seems there’s as much depth as one would expect here, with the Direct Control feature allowing players to get granular with it and zoom in to manage any single unit on the field at any time. Pull back for the bigger strategic picture, or dive further into the nitty gritty of it all and change, upgrade, and repair your individual pieces of equipment in real time as the action happens around you.

Once you’ve cut your teeth on the campaign, you can look forward to some meaty multiplayer action, either in player-versus-player combat or in cooperative play against the game’s AI. This is where Men of War II is hopefully going to have some real legs, so perhaps we’ll see you on the battlefield once we know exactly when 1C Entertainment plans to push it out in its final form this year.