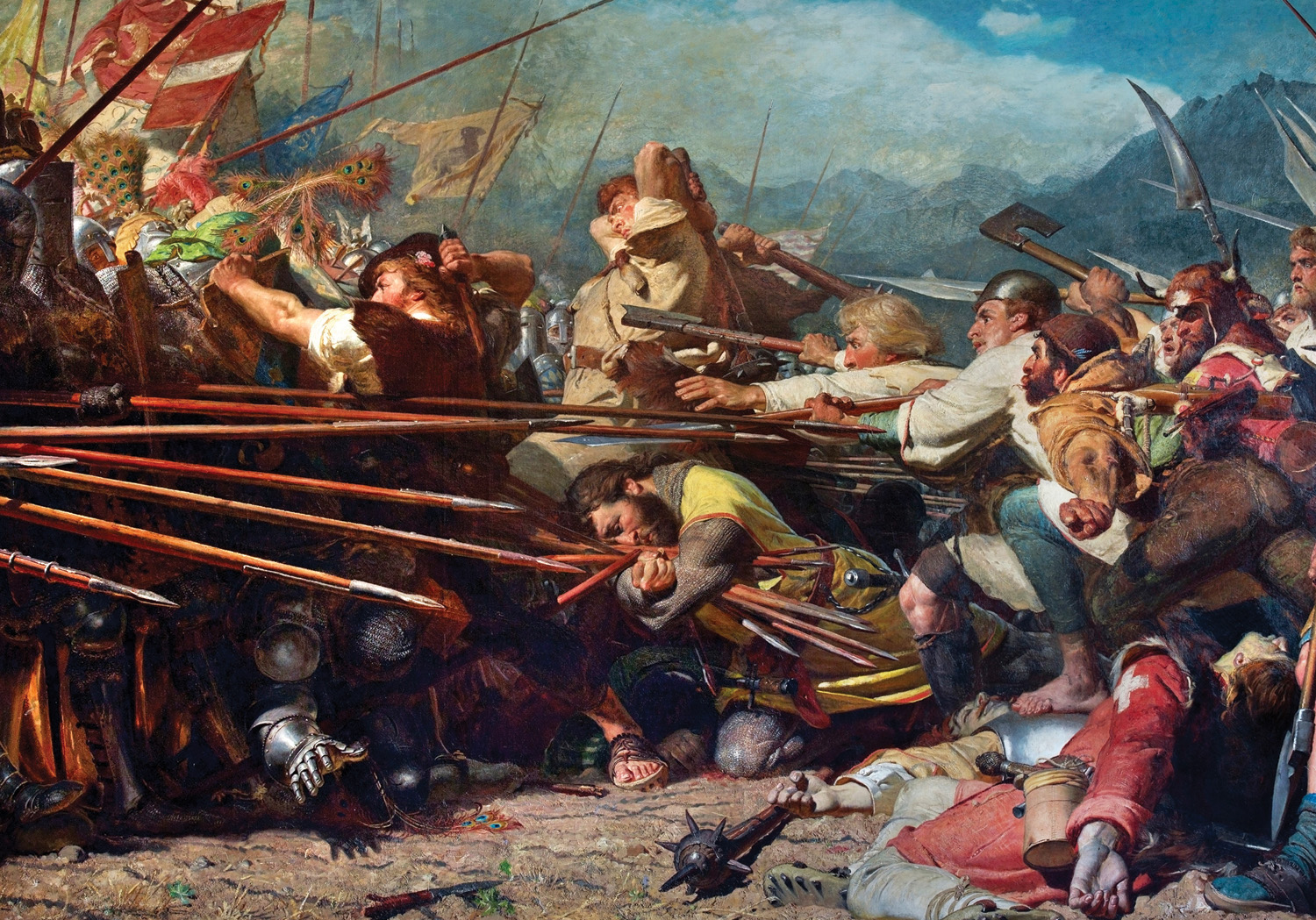 Heavy infantry comes of age in the Swiss Confederacy.

This article appears in: January 2018

The ambush of Duke King Leopold I’s army by Swiss foot soldiers on the mountain road at Morgarten in 1315 ushered in a roughly 200-year period where the hard-hitting Swiss maintained a reputation as elite foot soldiers. The Swiss made a name for themselves as they fought with their neighbors to establish and expand their confederation. The free peasants of the Forest Cantons from which sprang the Swiss Confederacy were wealthy enough by the mid-13th century to purchase their freedom from the