The Battle of the Bulge: Avenging St. Vith

During the Battle of the Bulge, The 7th Armored Division was forced out of St. Vith in December of 1944. A month later the tankers wanted it back.

The 7th Armored Division fought a running battle out of St. Vith on December 23, 1944. After the destruction of the 106th Infantry Division in the first days of the Battle of the Bulge, the 7th tried to hold, but could not withstand the pressure of six German divisions bearing down on it. Unlike the 106th however, the 7th withdrew without major losses, and in good order.
[text_ad]

In late January, with the German offensive stopped cold, The U.S. Army’s XVIII Corps was ready for revenge. General Matthew Ridgeway, the corps commander, General Robert Hasbrouck, commander of the 7th, and Brig. Gen. Bruce Clark, commander of the 7th’s Combat Command B, who had defended St. Vith and led the final retreat away from the town, all wanted it back. On January 22, after a major fight during a snowstorm at the town of Hunnage, the road to St. Vith was open. The next morning Hasbrouck called Clark and said, “You got kicked out of St. Vith. Would you like to take it back?” Clark immediately agreed and set off to organize his troops.

“The Bloodiest Mess You Ever Saw”

The attack commenced with an artillery barrage supported by tank fire. The troops trudged through the snow from the north and west. A reconnaissance force went forward but was halted by a roadblock defended by artillery and machine gun emplacements. When one group of GIs spotted a German communications car, they shot and killed its entire crew. Still, the artillery fire did not let up.

Tanks bypassed roadblocks by driving through the town’s cemetery. One tank destroyed St. Vith’s church steeple, a favorite German observation post. Under the watchful eye of Ridgeway—who only took cover when three rounds from a German 75mm assault gun passed close by—the armored infantrymen worked their way forward supported by tanks. One company command post took a direct hit from a German shell. “It was the bloodiest mess you ever saw,” the company commander later said. 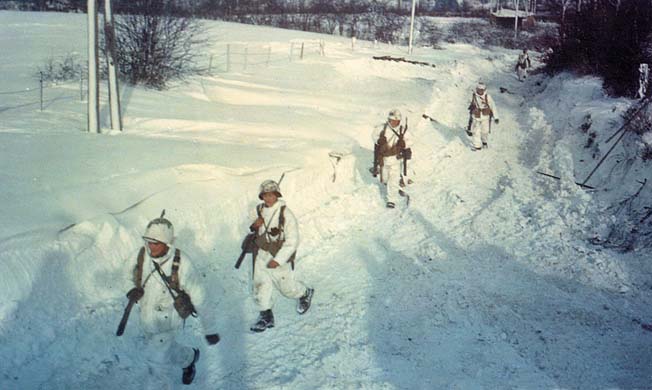 The attack was slow and anticlimactic. The Germans put up little resistance, and almost 200 prisoners were taken. In spite of this, the enemy did counterattack during the night with two tanks, forcing the defending Americans to call artillery down on themselves to break up the attack. However, by the next morning the Germans had retreated and the 7th was back where it had started one month before.

During the first seven days of the Battle of the Bulge, the 7th Armored had denied the Germans the use of St. Vith and executed one of the most difficult maneuvers in warfare when it retreated intact. Shortly after, the Allied air forces pounded the town, depriving the Germans of its vital strategic crossroads. Exactly one month after being forced out, the 7th Armored Division avenged its defeat and entered the town–now a mere shell of its former self. 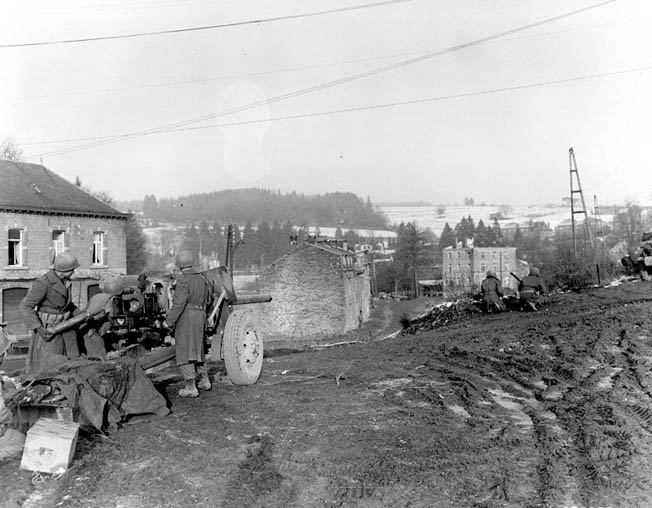