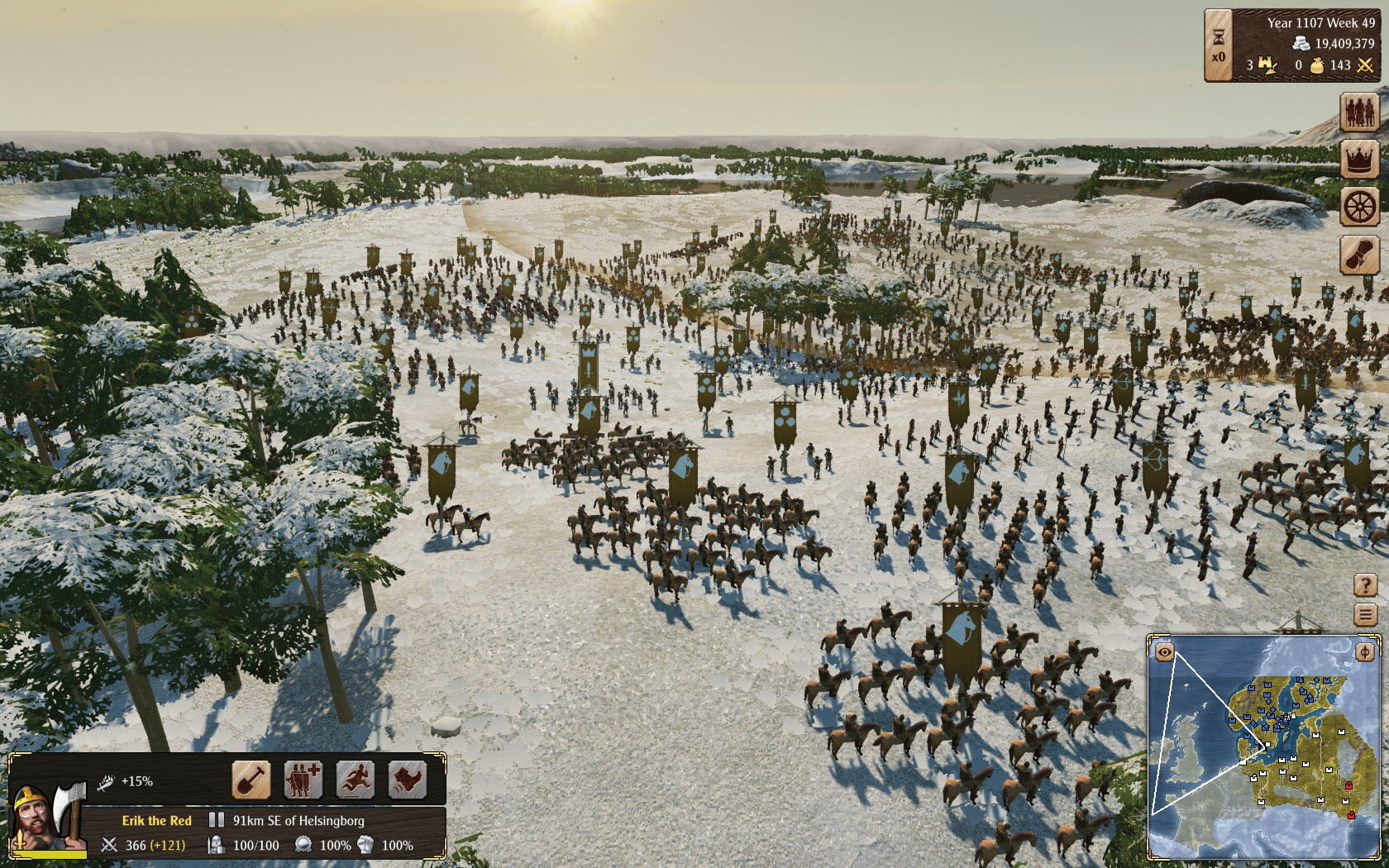 This article appears in: March 2016

The Grand Ages series of city-building strategy games can be traced back to 2006’s Glory of the Roman Empire, which was developed by Haemimont Games. Following that entry was 2008’s Imperium Romanum, which then made way for Grand Ages: Rome and, ultimately, Grand Ages: Medieval. Now even more people can play the latest title as it recently made the leap from PC to PlayStation 4 and even added in a new content update that delivers siege enhancement and expanded ocean gameplay free of charge.

The PS4 debut of Grand Ages: Medieval marks the first time for the series to appear on console, but that doesn’t mean the team behind it lacks experience in that department. Gaming Minds Studio (Port Royale, Patrician IV) is full of strategy veterans with experience that goes back 19 years, and they’ve been bringing strategy games to PlayStation platforms since the PlayStation 2 days. Grand Ages: Medieval is an ambitious title to bring to consoles, which is a place typically bereft of this type of real-time, grand scale strategy. Thankfully Grand Ages: Medieval’s bold step to PS4, while not without its issues, is a successful one. 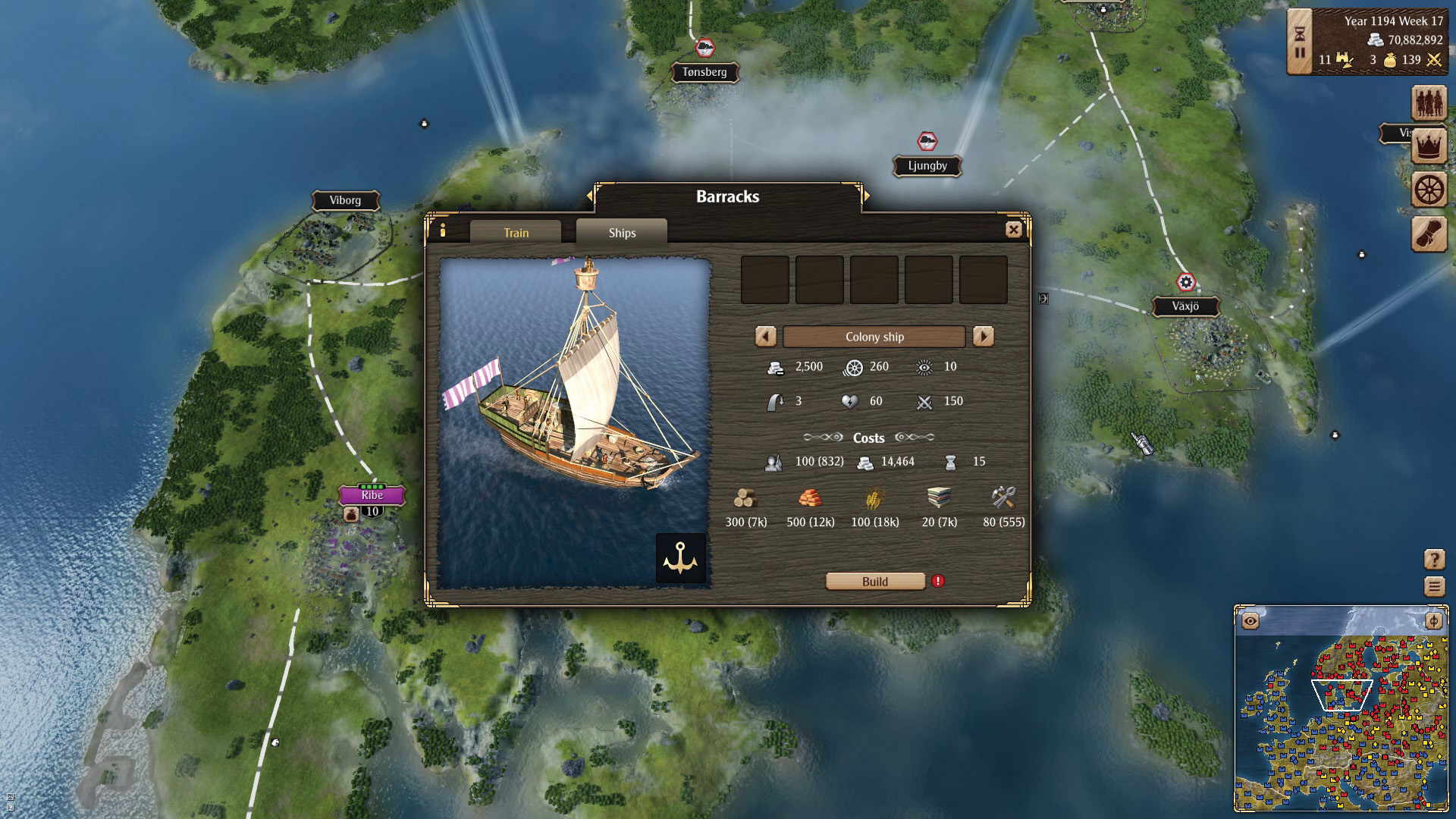 Players start out as a mayor governing their small European settlement in the High Middle Ages. Beginning in ad 1050, Grand Ages: Medieval spans a great deal of time as you expand trade routes and your nation’s influence, leading your people through the decades and, ideally, toward total conquest of Europe. Thus, as you might have guessed, the focus here is more on developing an economy, building settlements, and solving problems through agreements rather than total war. There is combat, of course, but there’s much more to this one than taking on your opponents with nothing but brute force as the deciding factor.

The world map—consisting of Europe, North Africa, the Middle East, and the Caucasus—is a condensed one that features many similar looking locations across the continents. Areas that are initially obscured on the map can be uncovered by sending out scouts and settlers, and you can explore some of the various nooks and crannies to unearth commodities and earn some extra loot. While the sameness of a few areas takes away from the immersion slightly, there’s enough to occupy your attention to make it a relatively minor issue. 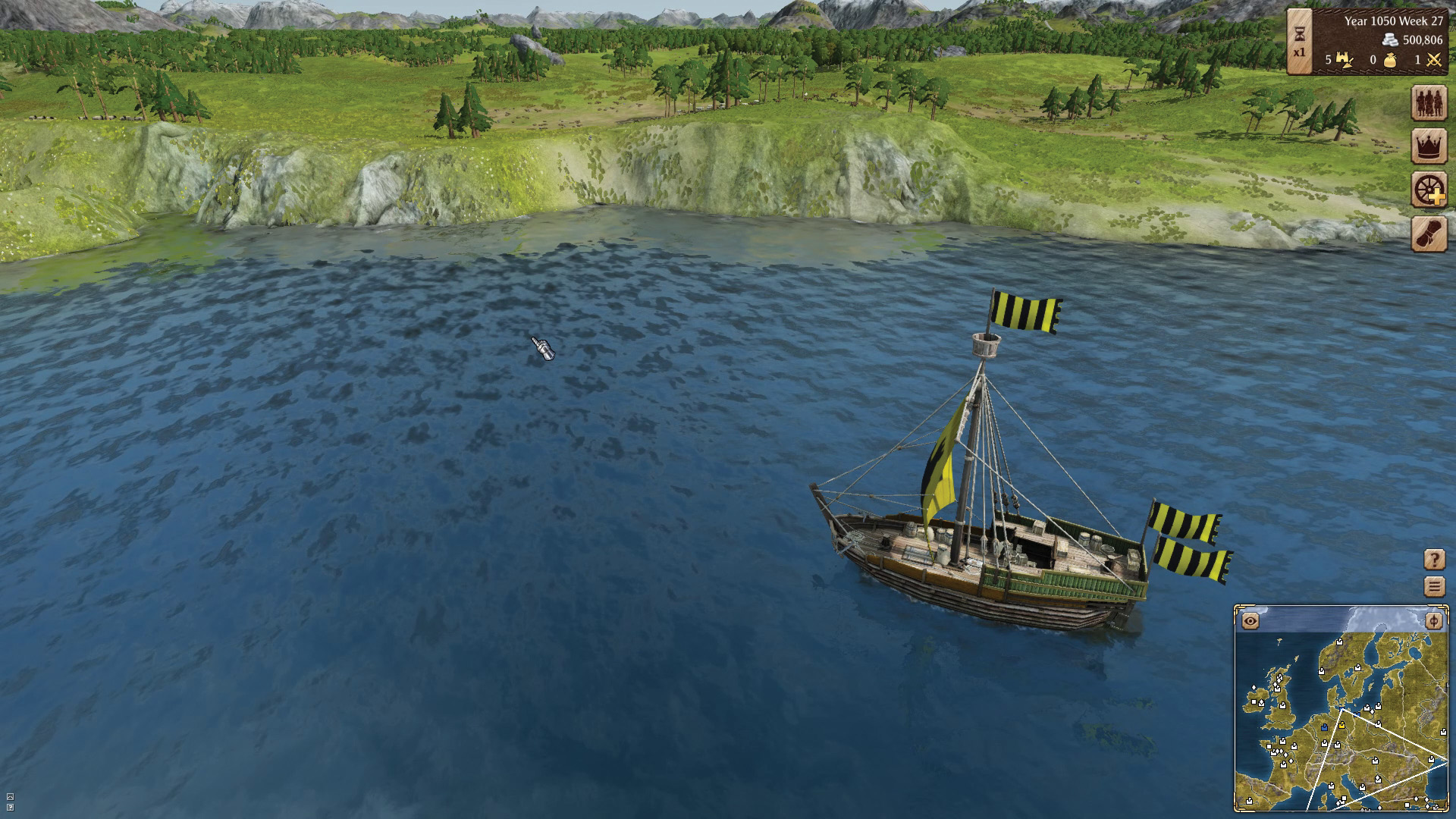 If attempting to rule the world becomes exhausting after a while, you can always take a dip in the eight-player multiplayer mode. One of the best features of this is the ability to set commands and protocols so you can step away from the multiplayer without actually putting an end to your game. It comes in especially handy when playing against opponents in different parts of the world that make the timing of multiplayer less convenient. Just be careful not to do it too much lest you end up losing when you’re not even in front of the TV.

Content has been rolling out since Grand Ages: Medieval’s initial launch on PlayStation 4, too. The latest is a free “Siege & Conquest” update, which brings a handful of improvements and additions to spice up the experience. One of the key changes is the addition of two varieties of city walls, which will help protect against the loss of morale during a city siege. On the other end of the spectrum is a means of taking down opponents’ city walls, the Trebuchet Master. These are powerful units designed to tear down the walls, but they’re not without weaknesses of their own. 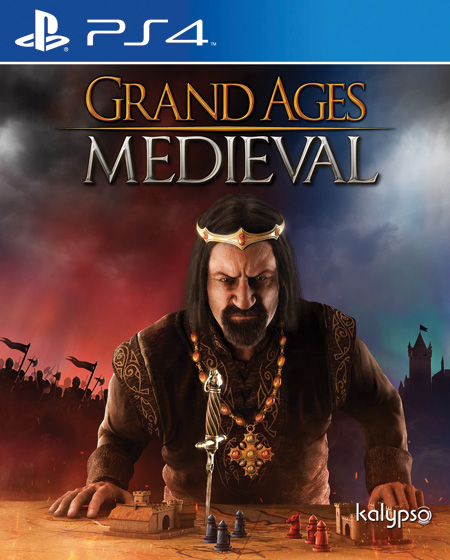 “Siege & Conquest” also adds in improvements to land-based and open seas activities. Colony ships, for instance, come at a hefty price but will let you travel unlimited distances. Just as Trebuchet Masters are designed to counter city walls, though, pirates now roam the seas as a counterbalance to the usefulness of colony ships. The update is rounded out nicely with a handful of additional changes, bug fixes, and improvements, giving strategy players plenty of reason to dig into the complimentary content.

The end result of the “Siege & Conquest” update is an impressive and engaging free addition to an already stacked game. Anyone who’s been longing for more strategy options on console should definitely give the PlayStation 4 version of Grand Ages: Medieval a spin, because these opportunities only come around every once in a while.