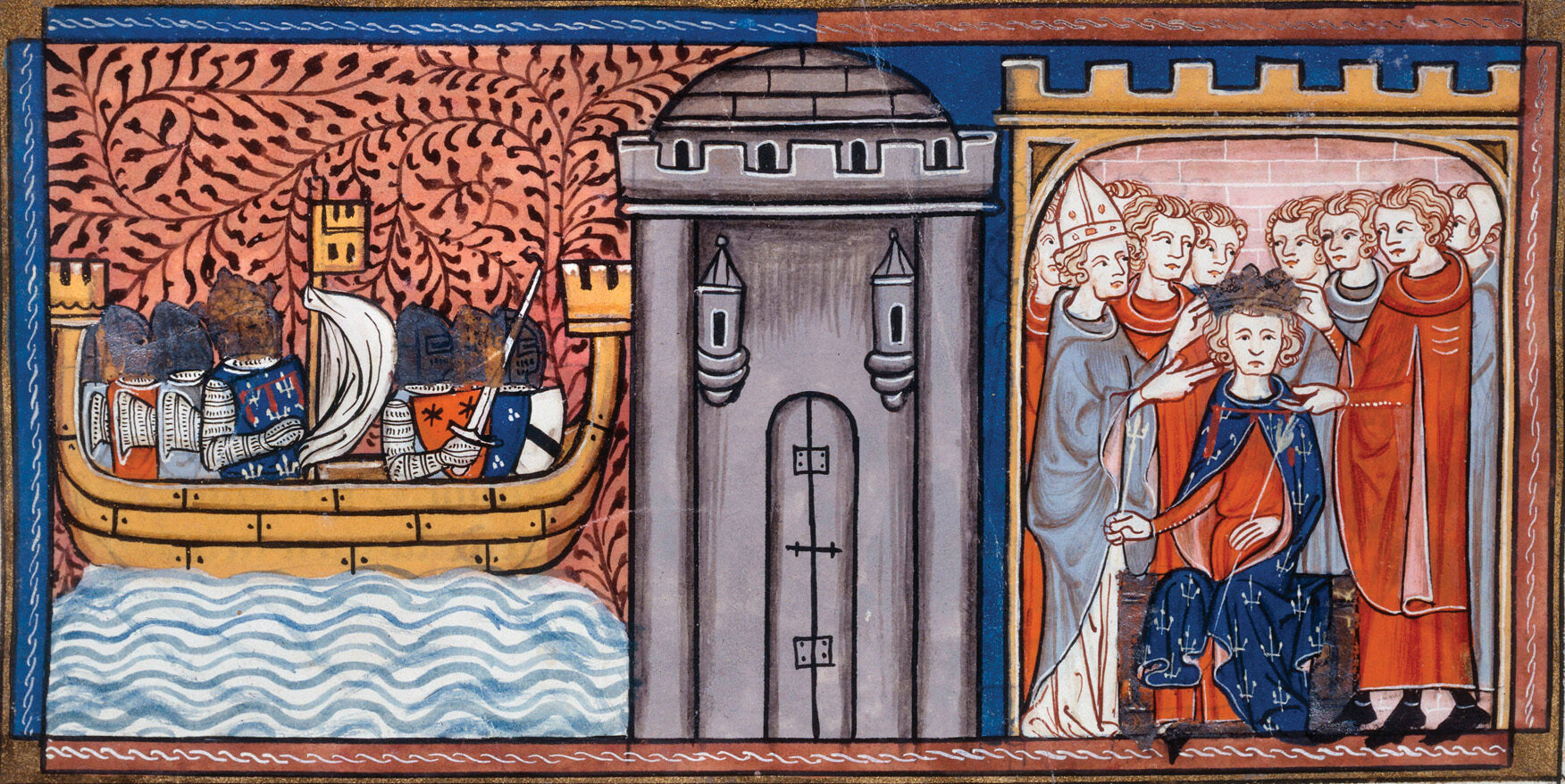 The story of Charles of Anjou is one of the lesser known episodes of Mediterranean history but a significant one. The youngest of several sons of Louis VIII, Charles received a unique opportunity available to few princes so far removed from succession. Pope Urban IV, eager to rid Italy of the Hohenstaufen rulers of the Kingdom of Sicily, recruited the French prince in 1262 to oust Manfred, the eldest son of Frederick II.

A veteran of the Seventh Crusade, Charles agreed before invading the Regno di Sicilia to rule it under papal suzerainty. The Regno, which was one of the richest kingdoms in western Europe, included the island of Sicily and southern Italy. But after he conquered the Regno by defeating in battle—first Manfred at Benevento in 1266, and then Conradin, Frederick’s younger son, at Tagliacozzo in 1268—Charles honored the agreement only when it suited him. A senator of Rome, Charles also became through conquest the Imperial Vicar of Tuscany. Through his possession of the arsenal at Messina, he had a fleet capable of supporting military campaigns abroad.

Following his conquest of the Regno, Charles took possession of the island of Corfu and the towns opposite it on the mainland that belonged to Manfred. From this bridgehead in the Balkans, Charles waged war against Michael VIII. Pope Gregory X, who succeeded Pope Clement, tried unsuccessfully to redirect Charles’s crusading efforts away from Constantinople and toward the Holy Land.

Charles let his quarrels with the Republic of Genoa distract him from his goal of capturing Constantinople. In 1272, Charles became mired in a four-year war with the republic. The result was a two-front war that sapped resources that could have been used against the Byzantines. The same year he went to war with Genoa, Charles declared himself King of Albania.

Charles’s gluttonous appetite for royal titles continued well into the 1270s. Through a deal arranged by Gregory X and completed shortly after his death, Charles purchased the Kingdom of Jerusalem in 1277 from Maria of Antioch in exchange for a large sum of gold.

Although Charles was a competent commander, those he entrusted to lead his army in the Balkans were not. On April 3, 1281, Angevin general Hugh of Sully, who had laid siege to the Byzantine-held fortress of Berat in Albania, was routed by Byzantine general Michael Tarchaneiotes. The result was that the Angevins lost control of the interior of Albania and wound up where they had started with possession of only the coastline.

Charles’s royal world came crashing down in 1282 when the Sicilians revolted against his rule. The War of the Sicilian Vespers went badly from the start for the Angevins. Charles spent the last years of his life trying unsuccessfully to recover the island of Sicily from the Aragonese, who had intervened on behalf of the Sicilians.