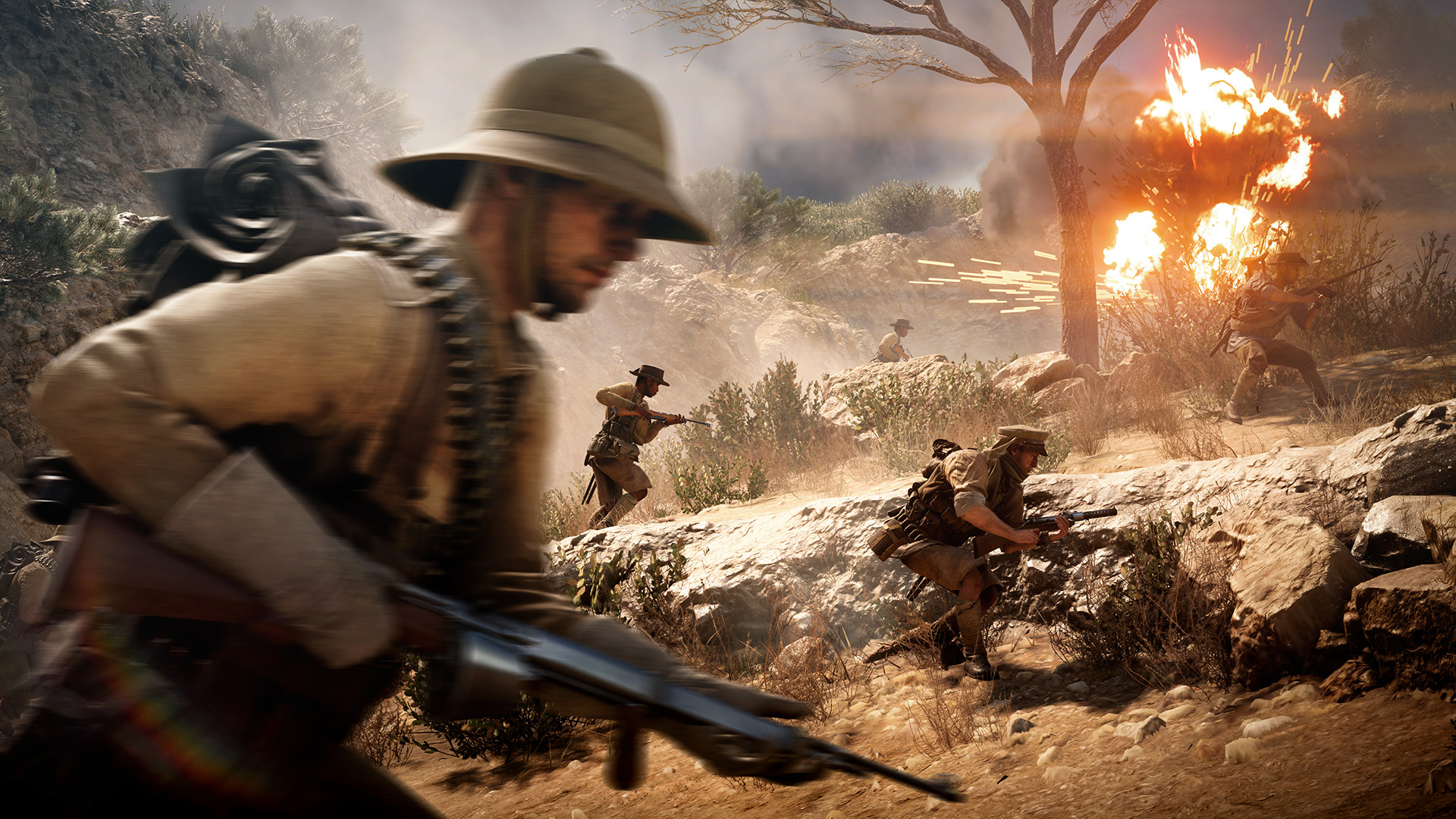 Game Review: Battlefield 1 and Tales from the Void

Exploring Two Very Different Takes on World War I with Battlefield 1 and the science fiction-tinged Tales from the Void.

This article appears in: September 2016

EA is trying something different with the Battlefield series, and oddly enough that involves dialing events back further than ever before. While Call of Duty: Infinite Warfare expands into full-on space combat, Battlefield 1 is looking to take players to World War I later this year. Amazingly, at this point going back in time again actually seems like a novel concept, and while the technology used may be significantly more dated than recent entries, expect Battlefield 1 to maintain the same kind of action that’s made the series a hit in the realm of online warfare.

Battlefield 1 will feature 64-player battles and an assortment of weapons that highlight the variety and ingenuity found in the trenches. Weapon categories include Shotguns, SMGs, LMGs, Semi Autos, Sidearms, and Sniper Rifles, all of which will be customizable in a more focused manner. There will also be plenty of melee weapons, some of which will be usable as tools to cut barbed wire, demolish barricades, and deliver damage to light vehicles. Bayonet charges close the gap between players and their enemies, which is doubly beneficial for those going for melee kills. Anyone unclear on just how effective the weapons of World War I were will be treated to a second-hand approximation that hinges on realism while maintaining the bombastic flavor for which the series is known. 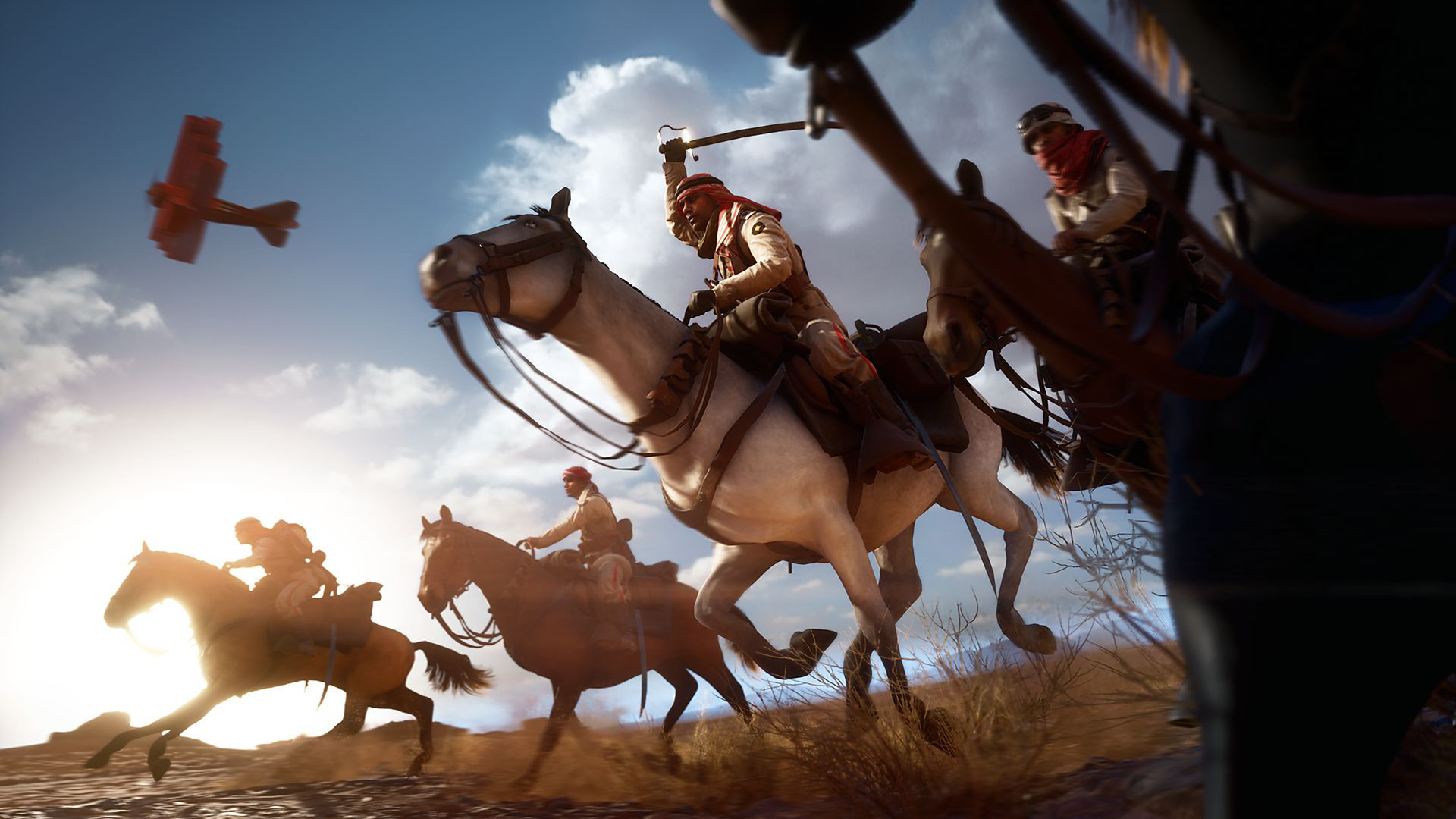 DICE is also throwing in a number of Class options, from Assault to Pilots and Tankers. While the latter is self-explanatory—allowing players to hop into planes and tanks in a more specialized manner—the rest of the classes all have their own unique quirks. Those who choose Assault can look forward to close-quarters combat, which is perfect for taking down rumbling tanks with a well-placed explosive charge. The Support class is great for suppressing enemies and making them stay in one place, and Medics have mastered the art of keeping teammates healthy and repairing vehicles. Finally, the Scout class is all about providing reconnaissance to their team, calling out enemy locations, and taking them out from afar with powerful sniper rifles.

As for modes, the options available in Battlefield 1 should be familiar to long-time fans of the series. Conquest is the classic fan-favorite, with 64 players battling for control of key objectives. Domination takes this concept and puts it in close quarters, with fast-paced, infantry-centric combat revolving around strategic objectives. The newcomer to all of this is Operations mode, which lets players fight on an entire front of the war. Attackers will attempt to push the frontline forward while defenders aim to push them back in a series of interconnected battles. Should one group fail in their objective, they will simply regroup on a different map and attempt to hold their ground there.

At this point Battlefield 1 isn’t too far from release. EA has promised quite a bit with this one, and at an early glance it certainly seems to deliver the kind of large-scale combat the series is known for with a WWI twist. We’ll be sure to dive in fully once Battlefield 1 hits consoles and PC this October. 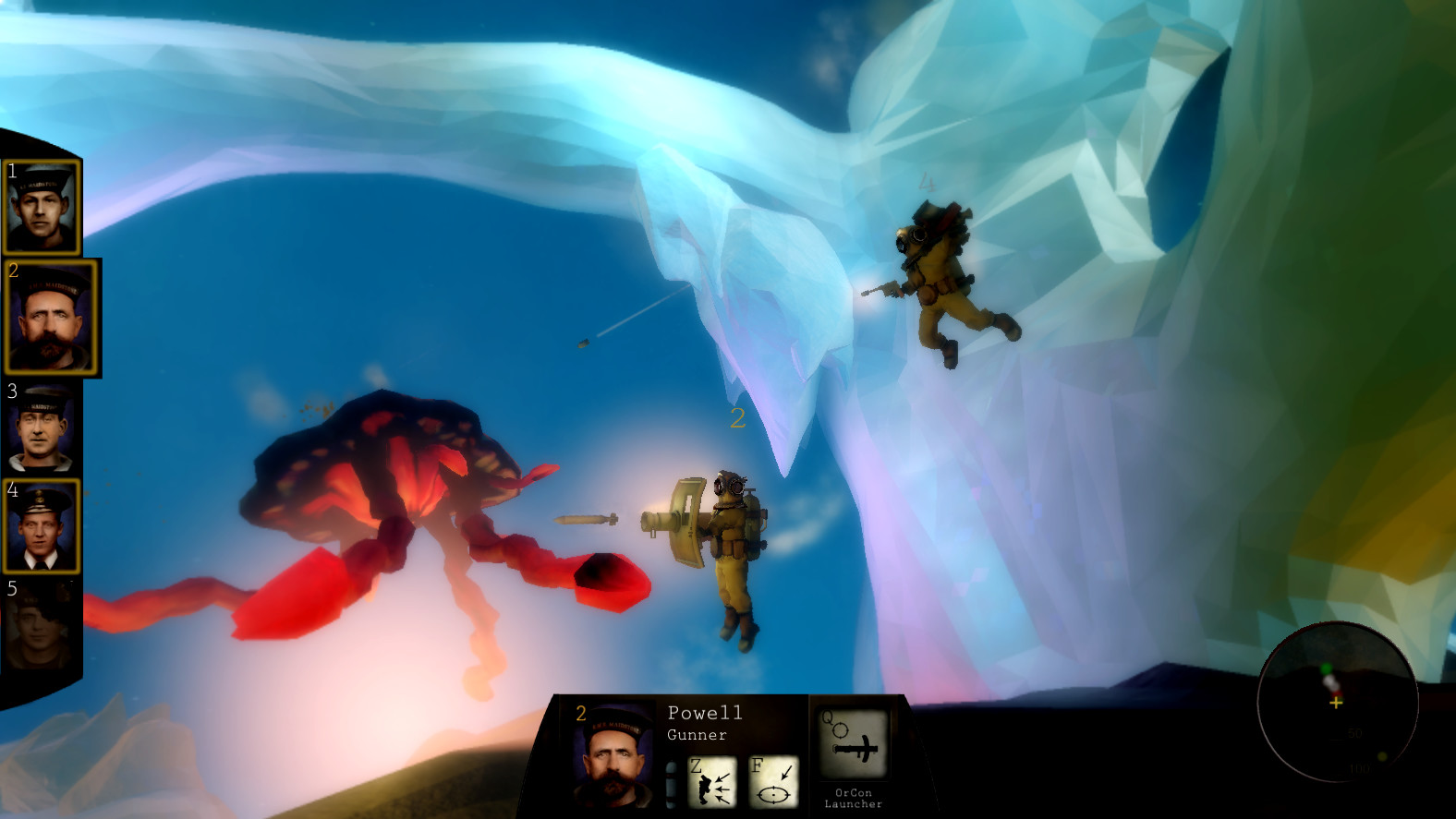 Tales from the Void

You may be familiar with the story of the HMS E18, an E-class submarine that the Royal Navy launched in 1915. Sadly, the vessel was lost in the Baltic Sea in May 1916 and the wreckage was recovered in 2009. While there are numerous conditions that may have contributed to her patrol coming to an abrupt end, an air of mystery still surrounds the event. That’s where Tales from the Void comes into play. Developed by PortaPlay, Tales bills itself as an “atmospheric real-time tactics game inspired by early 20th century sci-fi adventure stories.” The story explores what may have happened to the crew of the HMS E18. What mysteries awaited them in the deep unknown, and can they survive long enough to find their way back home?

As it turns out, Tales from the Void knows exactly what happened. While on a top secret mission to obliterate the Germans and win the war, a misfired secret weapon warps British captain Edwin Albert Taylor Bragg and his crew into outer space. Yep, that’s right. If you’re looking for a real exploration of what could have happened to the HMS E18, you won’t find any answers here. What you will find is a colorfully campy fictional yarn with a gameplay hook that focuses primarily on resource management and survival.

You can customize your crew before you send them out to explore asteroids and battle with menacing alien creatures. The result is an interesting mix of third-person tactics—which can either be done in real time or paused for further contemplation—with roguelike elements. That basically means mission selection is partially random and permanent death is involved, so there’s quite a bit of trial and error in Tales from the Void. Players are tasked with balancing combat and making sure they scavenge enough resources and maintain a solid air supply. Combined with the occasionally crazy physics, the action can get a little hectic from time to time, but there’s some decent fun to be had throughout.

Tales from the Void may be out, but like many Steam releases it’s in a constant state of improvement. At the time of this writing more achievements have been added, and a few more bugs were fixed in the process. PortaPlay has an interesting game on its hands, and hopefully it will only get better as further tweaks are implemented.