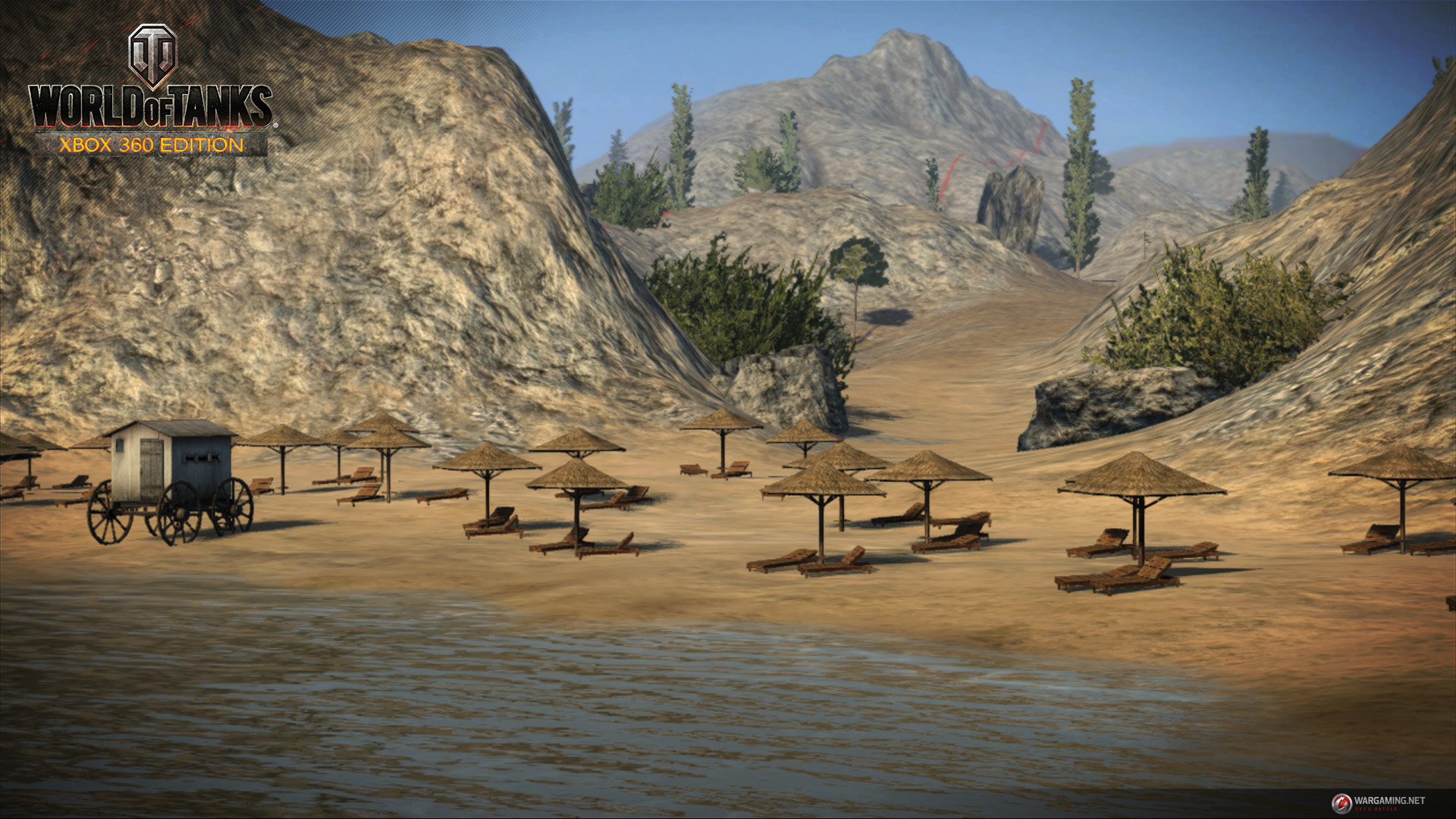 New vehicles include the T-150 (tier VI), KV-3 (tier VII), KV-4 (tier VIII), ST-I (tier IX), and IS-4 (tier X), each boasting thick armor that makes them formidable opponents when it comes to soaking up damage on the battlefield. The newest map offering is South Coast, which looks like a comfortable getaway at first glance, but holds within it plenty of sly strategic opportunities. Tight channels allow for devious convoy ambushes, overlooks provide nice spotting locations, and the center and eastern portions are great all-around for vantage points early on in the conflict.

Despite the fact that South Coast comes along with the new batch of Soviet heavies, the varied terrain has some areas that are much better suited for tanks that tread a bit more lightly. Rolling over to the eastern portions of the map will require ample speed, lest you be caught like a sitting duck in the wide open spaces. There are combat options here for most any type of tanker, so longtime players of World of Tanks: Xbox 360 Edition now have a nice new playground to dig into whether they decide to roll with the fresh Soviet options or not.