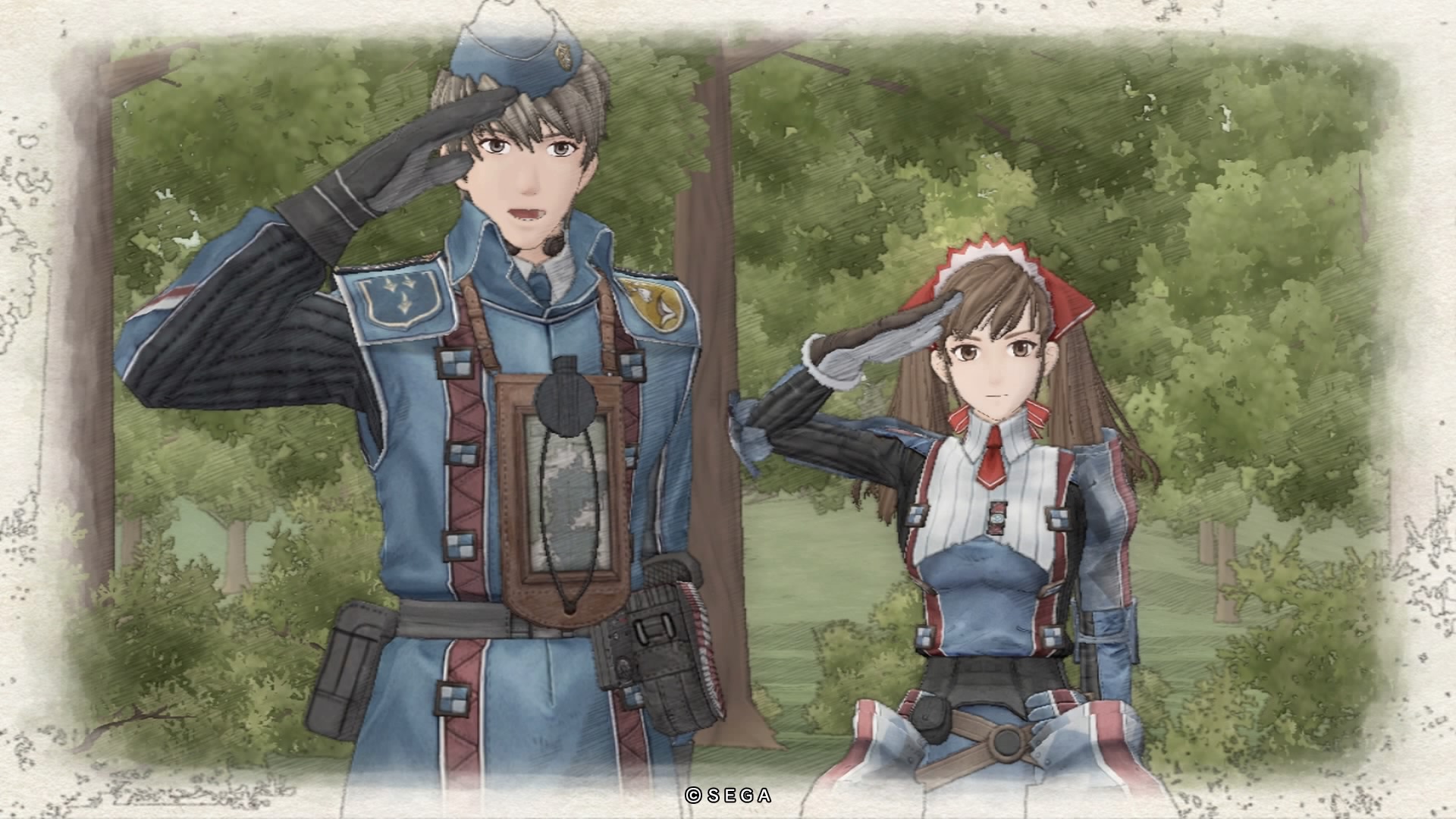 Sega’s Valkyria Chronicles, which originally debuted on PlayStation 3 back in 2008, is one of the better examples of the “alternate universe” World War II game. Sure, it’s set in the fictional world of Europa, but its setting closely mirrors that of Europe at the start of World War II. Thus we were treated to a heavily stylized, manga-inspired mix of strategy-RPG and third-person shooter action that a modest but vocal group of fans absolutely adored. Valkyria Chronicles II followed up the original on PSP in 2010, and while Japan got a third game on PSP in 2011 in the form of Valkyria Chronicles III, that one ultimately wouldn’t make it to Western audiences. Fans were understandably upset, and an unofficial fan translation was eventually made for 2013’s Valkyria Chronicles III: Extra Edition. Still, the fact that the second game was the last Western fans would see of the series lingered, and the sore spot was further irritated by its relative popularity Japan, which would see it inspiring anime and manga adaptations.
[text_ad]

A Fresh New Update on an Ever-Expanding Universe

That brings us to the current state of the series, five years strong since Valkyria Chronicles III, and things are actually looking pretty bright in both the East and West. February sees the Japanese launch of Valkyria Chronicles Remastered, an HD spruce-up that brings the original strategy hit to PlayStation 4 with a load of extras. In addition to 1080p video, Valkyria Chronicles Remastered adds in PlayStation Network trophies and all the downloadable content that was released for the original. Among that content is the additional Hard EX Mode difficulty, as well as three additional episodes, “Edy’s Mission: Enter the Edy Detachment,” “Selvaria’s Mission: Behind Her Blue Flame,” and “Challenges of the Edy Detachment.” 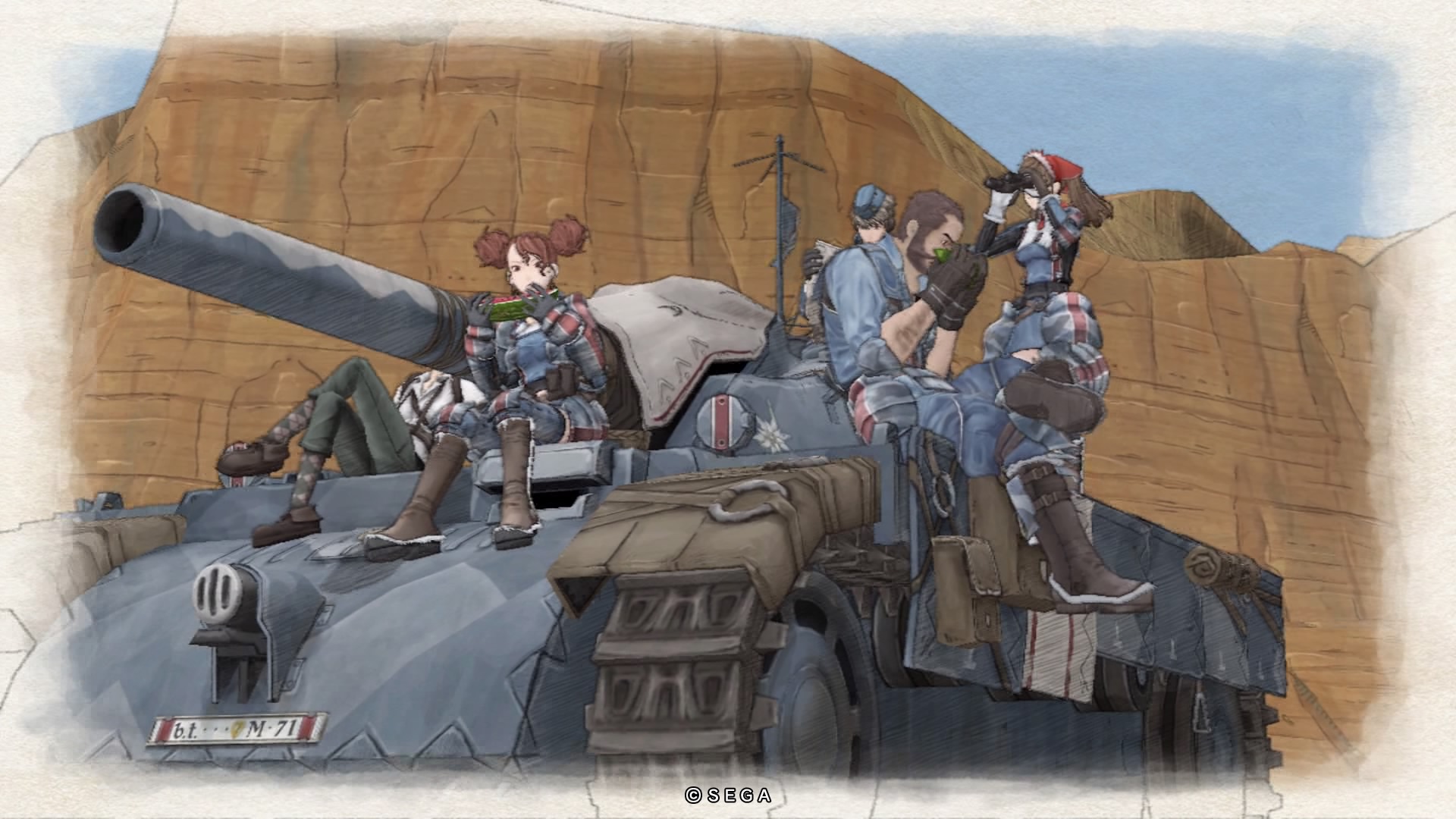 First-print copies of the remastered game come with a demo for Valkyria: Azure Revolution, which is the other reason the future is bright for the series as a whole. Azure Revolution is a sequel/spin-off that Sega has planned for a Q4 2016 release in Japan. While it’s considered separate from the mainline series, it shares many similarities with the rest of the entries, from the strategy-RPG gameplay to a painterly visual style. One of the major features in this one is permanent death, meaning that any characters who die on the battlefield will remain dead for the rest of the game. This will naturally have a huge impact on the narrative, so players who are careful enough with their strategies will hopefully be able to see the full story with every character participating.

Updates Coming to the Americas & Europe

If you’ve never played a Valkyria Chronicles game before, there are a number of features that rocket them right up the alley of anyone who’s into exciting war games. There is, of course, the setting, which puts you on the continent of Europa in 1935 C.E., a time in which the superpowers of the East European Imperial Alliance and the Atlantic Federation have been forced to go to war. In this world the spark that ignites the conflict is a rare mineral known as Ragnite. The economies of both forces depend on Ragnite, which has quickly become a scarce resource. Thus begins the Second Europan War. Players are quickly thrown into the struggle of Alicia Melchiott, Welkin Gunther, and his adopted sister Isara as they flee the Imperial attack and join up with the Gallian militia to help mount a counterattack as part of the new Squad 7.

Thankfully, this isn’t another situation in which we have to watch Japan with glowing green eyes, because Sega recently announced plans to bring Valkyria Chronicles Remastered to PlayStation 4 in the Americas and Europe. Remastered will be released both physically and digitally, and like the Japanese version this one features 1080p/60fps gameplay, trophy support, and all the original DLC. There’s also a bonus for folks who pre-order or pick up launch copies in the form of a collectible Squad 7 Armored Case. Beyond the extras, the best thing about this release is that it will give anyone who slept on Valkyria Chronicles the first time around a chance to see why everyone else regards this tactical outing so highly.