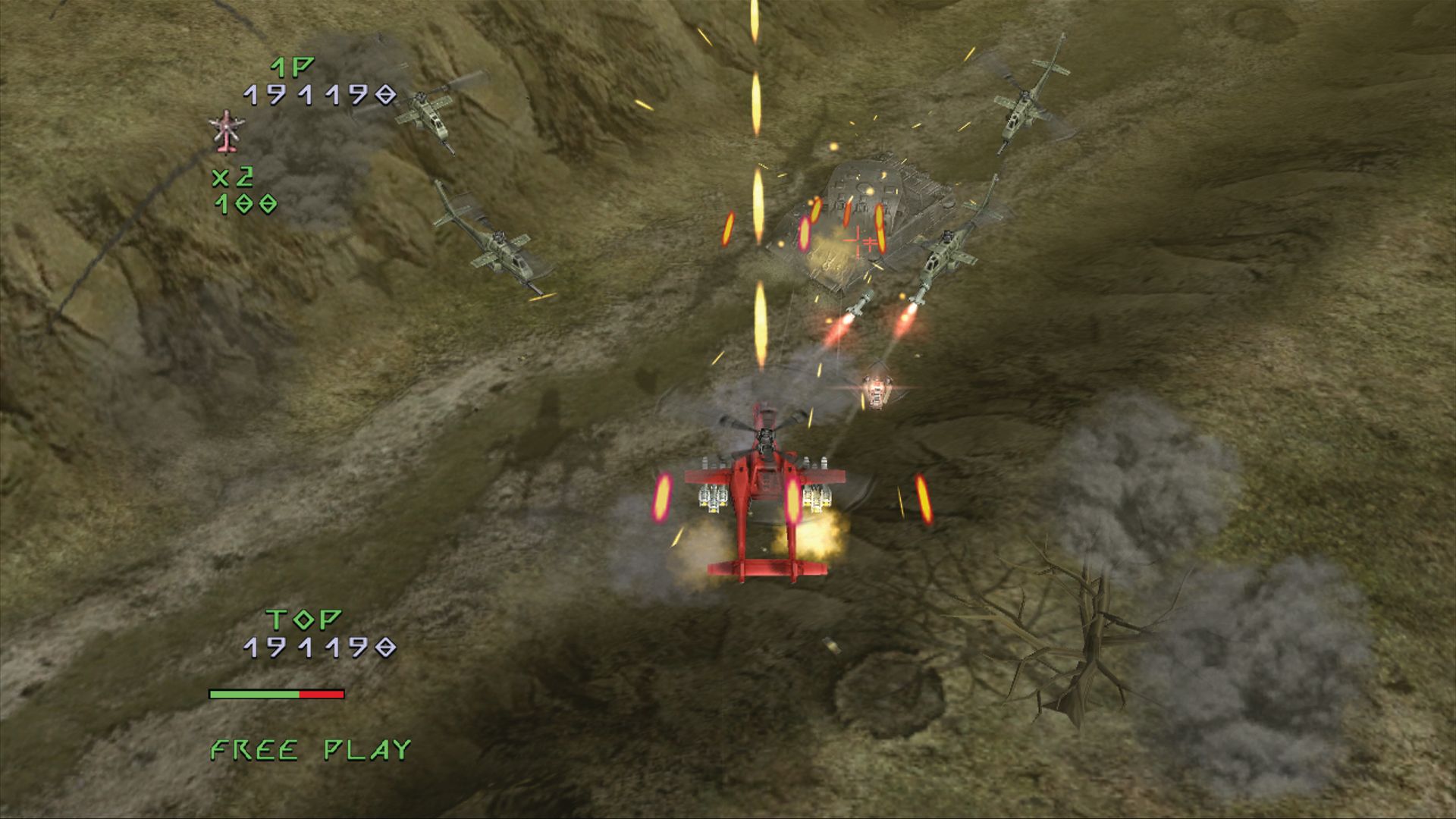 This alternate history 'shmup' may not be perfect, but there's still plenty of fun to go around.

This article appears in: February 2013

It’s not often we get to dig into the shoot ‘em up genre in these pages, and no, I’m not talking about the other type of shooter we actually do get to talk about on a regular basis; I’m talking the games lovingly referred to by fans as “shmups” for short. Typically Japanese-developed, mostly 2D, these horizontal or vertical scrolling treasures tend to be coveted by the truly hardcore. While your average player will see them as quarter-munchers that can be conquered so long as your coin purse is deep enough, hardened veterans aren’t happy with their performance until they’ve mastered beating the games with one continue, or even a single life. Enter one of the latest to hit North America, Under Defeat HD, in which you are essentially the Axis powers in an alternate-history World War II setting.

Unless you’re one of those aforementioned shooter aficionados, Under Defeat likely slipped way under your radar when it first hit arcades and Sega Dreamcast in Japan in 2005 and 2006, respectively. Dreamcast was getting pretty up there in the years, so even importers may have skipped out on developer G.rev’s chopper-centric shmup, but that’s okay, because it returned on PlayStation 3 and Xbox 360, and during that time it actually flew west, courtesy of publisher Rising Star Games.

A friend of mine imported Under Defeat back when it hit Dreamcast, and I’ll go ahead and admit I didn’t get it at the time. For a first-timer, the controls can be aggressively unintuitive, so I was worried this would all simply resurface with the release of Under Defeat HD, which offers a newly arranged widescreen New Order mode in addition to the traditional vertically oriented arcade mode. Thankfully, like pretty much any shooter worth its salt, Under Defeat only asks that you spend some time learning the ropes, revealing addictive action wrapped in an unconventional control scheme. 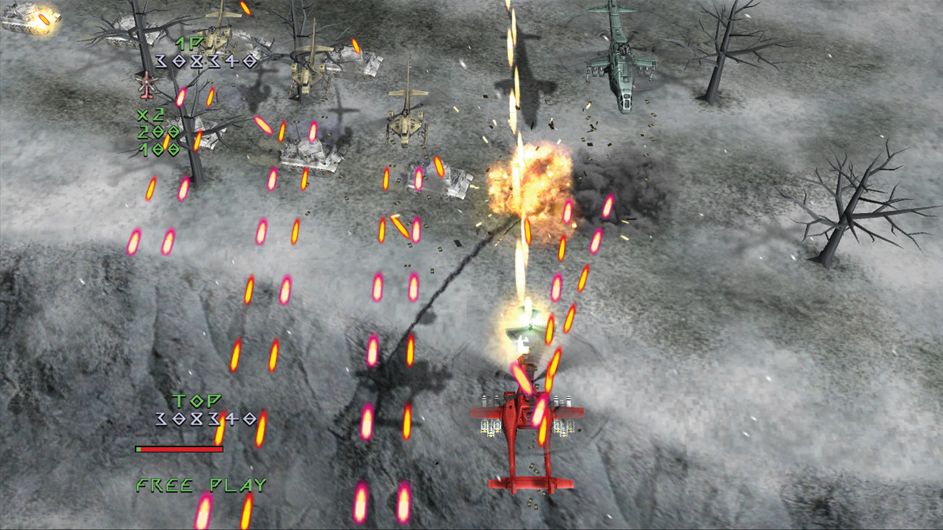 Some Oddball Charm to The Unconventional Control Scheme

Those controls focus on maneuvering and rotating the helicopter. While most shooters just have you moving while your ship stays in a fixed position, pressing left and right rotates the aircraft, allowing for shooting in three directions. Hold down the fire button and your ship stays at a fixed angle. Hopefully reading about it at least hints at how awkward it can be at first, even with the option of reversing the left and right directions. While things don’t quickly become second nature by any means, it isn’t as harsh as it sounds after a couple hours, and the oddball charm of Under Defeat’s control scheme eventually grows on you. There’s also an option in this version to map shooting to the right analog for dual-stick controls, which should help alleviate the issue for the rest of the folks who just can’t dig the layout no matter what.

Under Defeat is pretty straightforward, but there’s plenty of strategy to delve into beyond simply memorizing the stages. The key to victory is taking out troublesome, heavy-hitting foes first and figuring out which of the collectible Option items works best for you. Options here aren’t the floating helpers most think of when it comes to shooters. These pickups—which include Vulcan, Cannon, and Rocket shots—need to recharge before appearing and firing again, and they can only do so when your finger’s off the trigger. Rocket, for instance, is great at clearing out large threats, but it takes a bit longer to reload than the other options.

Imperfect, But Still Plenty of Fun to Be Had

Even after figuring out the best way to approach things, Under Defeat is no cakewalk. It took me a while just to get to the point where I could regularly pass the second stage on Normal Mode with little trouble, and things only get more difficult from there. That’s where Practice Mode comes in handy. In Practice you can choose from any stage you’ve already unlocked and focus on learning the ins and outs to your heart’s desire. Scoring is based largely on contribution percentage—taking out key threats and facilities marked by the Imperial Forces warrants a bonus—as well as ammo, fuel, and life conservation.

There’s plenty of fun to be had in playing and replaying stages, but Under Defeat isn’t perfect by any means. Its alternate reality World War II setting is nothing special, even when framed in the context of playing as the Axis-like Empire. Quite a few of the stages range from gray to brown at their brightest, and uninspired enemy designs abound, but the shooting action itself rises above any scattered bits of mediocrity. Add to that the excellent soundtrack by Shinji Hosoe (Dragon Spirit, Ibara) and you have a shooter worth keeping in your library.