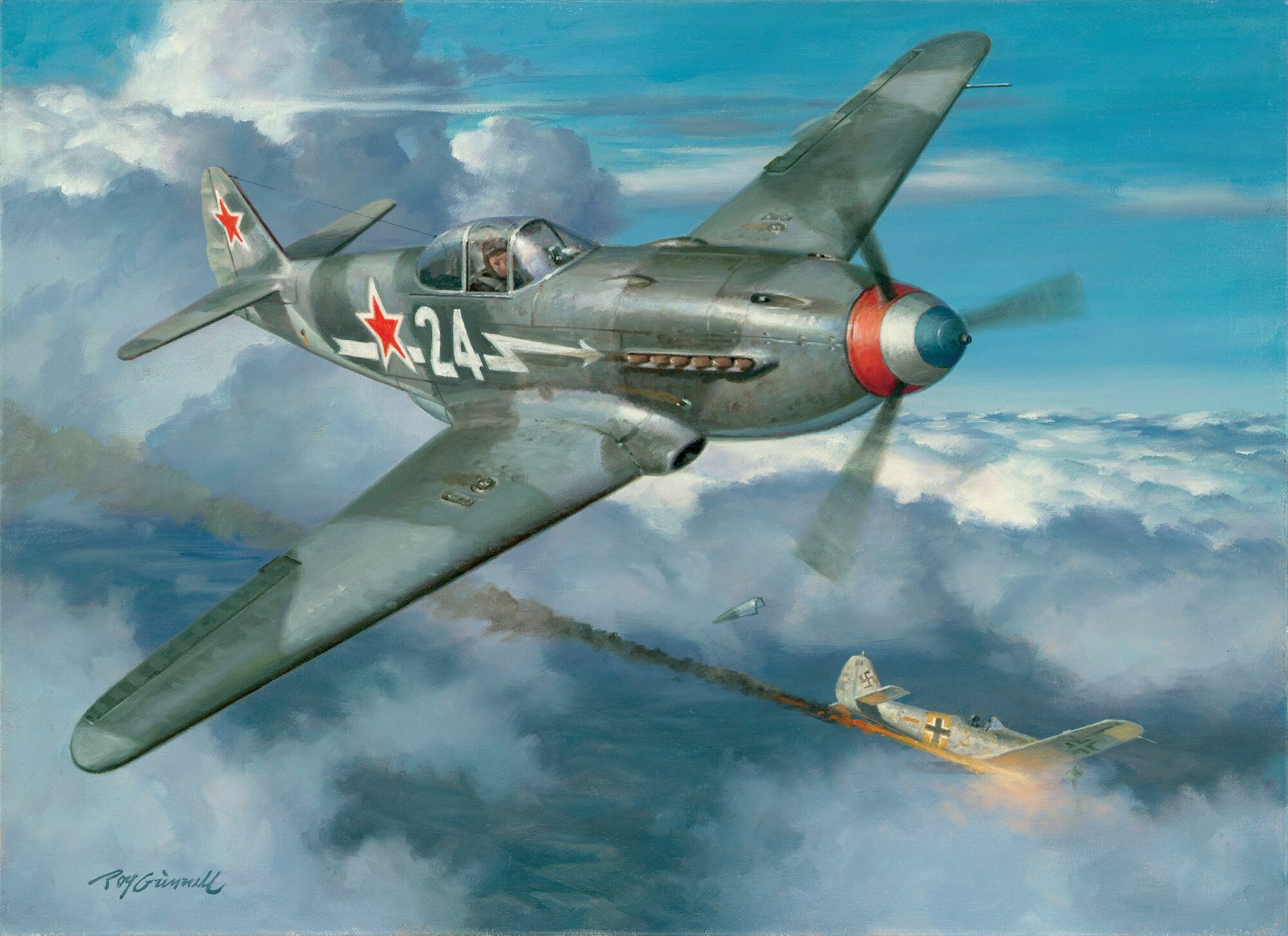 Photo Credit: In Yak Attack, by artist Roy Grinnell, Roland de la Poype shoots down a German FW-190 over Russia on October 23, 1944. This was Poype’s 15th aerial victory, and the 182nd for the Normandie-Niemen Squadron.

This article appears in: Fall 2011

By Andre Bernole and Glenn Barnett The world was understandably shocked when France capitulated to Nazi Germany in June 1940, but not all Frenchmen accepted their country’s humiliation. Chief among them was General Charles de Gaulle, who fled to England to continue the struggle as the self-proclaimed head of the Free French government in exile. Almost alone at the beginning, others would join his cause. Individually and in small groups, pilots of the French Air Force (Armée de L’air) made

2 thoughts on “French Aces on the Eastern Front: The Normandie-Niemen Squadron”