The Army of the Ottoman Empire in 1683

Highly heterogeneous in nature, the Ottoman Empire army of 1683, led by Kara Mustafa, can be broadly categorized under various auxiliaries that differed greatly in quality.

The kapu kulu, made up of the regularly paid troops, provided the backbone of the Ottoman Empire army. It included topcu (gunners), lâgunci (sappers and miners), sipâhî (horsemen), and yeniçeri (janissaries). Of these the yeniçeri and especially the sipâhî would see heavy action during the battle of the Kahlenberg. Drawn from the ranks of the richer nobility, the Istanbul sipâhî were made up of both light and heavy cavalry. They included the silâhdar, the Grand Vizier’s Imperial heavy cavalry bodyguard. Their weaponry was diverse, with lances, pistols, and carbines used in addition to the saber.
[text_ad]

The yeniçeri (janissaries) or “new soldiers” were the famous Ottoman corps d’élite. They dated back to Orkhan (1326-1359) son of Othman (the namesake of the Ottomans) and originally consisted of prisoners of war. Later recruits were drawn from a child tax levied every five years upon Christian parents living within Ottoman domains. Raised from childhood in the strictest Islamic orthodoxy combined with a Spartan lifestyle and the most severe training, the janissaries were the Islamic equivalent of the Christian Crusading orders.

Although the fanatical zeal of the janissaries had somewhat diminished by the late 17th century, they were still respected and feared by the enemy. Wearing steel casques or mail armor and using round shields, their weapons included matchlocks, flintlocks, bows, sabers, handzars, and pistols.

In general the Turkish soldiers of the kapu kulu were physically fit and well nourished with a reputation for valor. They also suffered from poor discipline (excepting the janissaries) and were prone to acts of extreme cruelty. Ottoman arms, especially their muskets and bows, were first-rate, although by 1683 their artillery pieces were poorly cast and suffered from a lack of a standardized caliber.

The toprakili consisted mostly of heavy cavalry drawn from the feudal nobility. The toprakili from European domains were similar to the Polish hussars, while those from Asia were lighter and armed with bows in addition to lances and sabers. The serhada kulu and the yerli kulu were troops supplied by provincial governors and government administrators. They included the heavy cavalry gönüllü (“volunteers”) of feudal aspirants and the seymen peasant militia. The auxiliaries of tributary nations, the Crimean Tartars, Wallachians, Moldavians and Hungarian rebels, of little use in battle, nevertheless provided manpower for such needs as bridge building and digging trenches, served as scouts and guards and above all supplied the Turkish camp by raiding and looting the countryside.

Unfortunately for the Ottoman Empire, the effectiveness of their troops was diminished by poor leadership, which suffered from inflexibility and lack of improvisation, relying instead on mass of numbers, bravery, and sheer force to gain the victory. There was little deviation from their standard tactic of the Oriental half moon, meant to envelop the foe by means of a pincer movement of the cavalry wings. On the attack or retreat there was no semblance of order; both were based on the principle of momentum that either carried the Ottoman army to victory or caused it to flee in wild panic. Because any real maneuver was out of the question, there was no regrouping or shifting of forces by which an able Western commander could snatch victory from defeat. 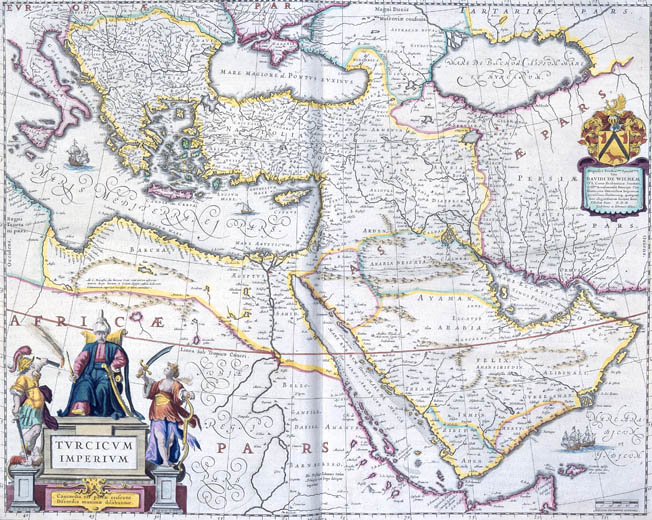