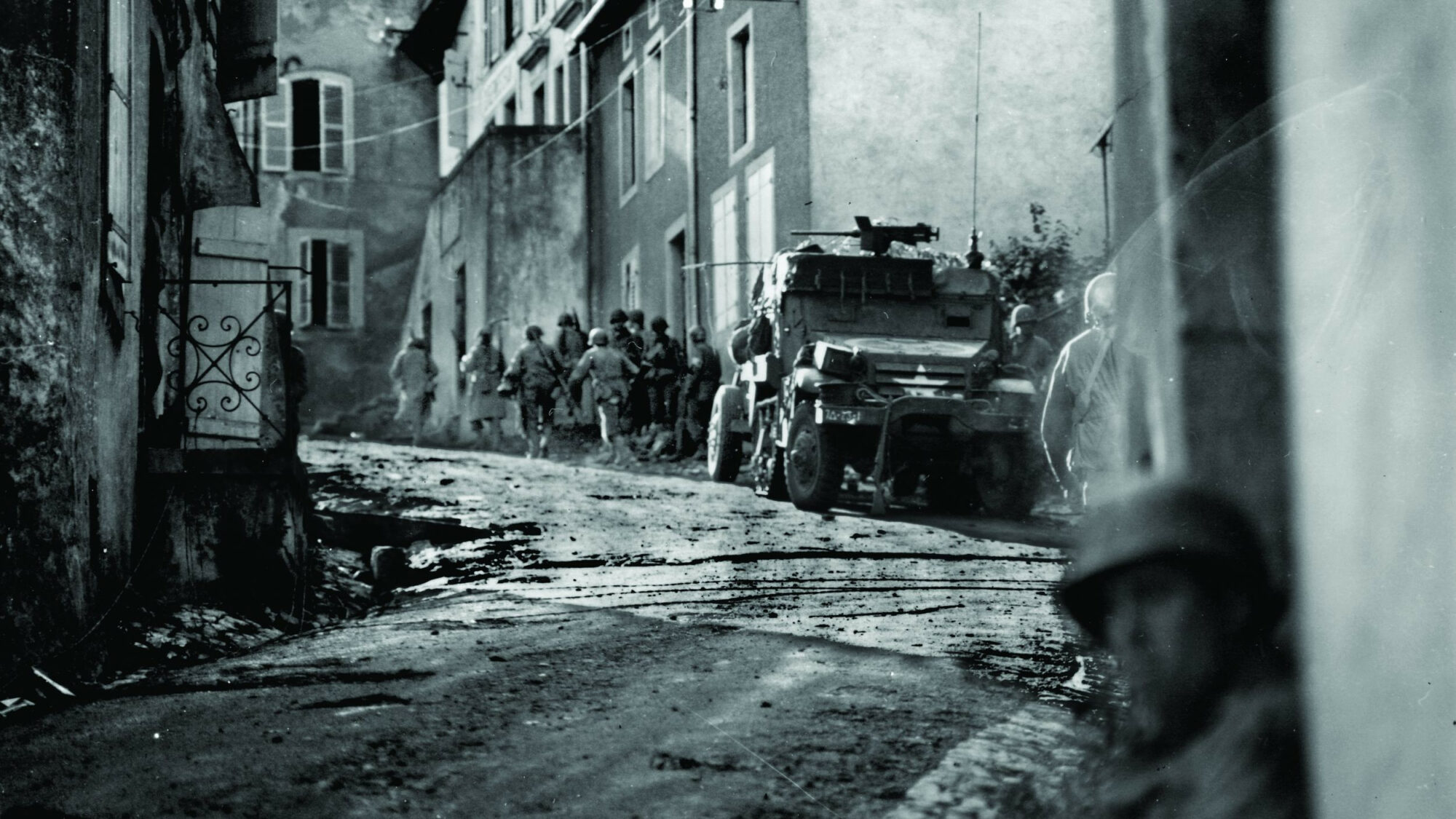 Photo Credit: Men of the U.S. 5th Infantry Division hug the walls in one of the suburbs of Metz in early September 1944. Patton’s rapid advance across France came to an abrupt halt at Metz, due to fuel shortages, deteriorating weather conditions, and increased enemy resistance.

Patton’s Third Army found itself mired in a morass as it struggled against fuel shortages, flooded rivers, and fresh German panzer units in September 1944.

By William E. Welsh By mid-September 1944, the U.S. Third Army was poised to strike at the soft underbelly of Adolf Hitler’s Third Reich along a fabled corridor in northeastern France used for centuries by armies tramping across Europe. Having raced 400 miles from the hedgerows of Normandy to the forested banks of the Moselle River in less than one month’s time, Lt. Gen. George S. Patton’s troops had fought desperately to secure bridgeheads in the Lorraine region from an enemy that had a

2 thoughts on “Patton in Lorraine: Breaking the Moselle Line”