The Battle of Remagen: the Boat Units Responsible for Crossing the Rhine

The American Ninth Army’s crossing the Rhine River on March 7, 1945, in the early days of the Battle of Remagen is a well-known chapter of military history. Read more

Fiery Fight for a Frozen Hell: Battle of the Bulge in Luxembourg

Described in one U.S. Army report as “the quiet paradise for weary troops,” the tiny nation of Luxembourg was viewed by American commanders in late 1944 much like Belgium—liberated, safe, and an ideal location for combat-worn troops to rest and for untested replacements to get exposed to outdoor living and military routine before being exposed to combat. Read more 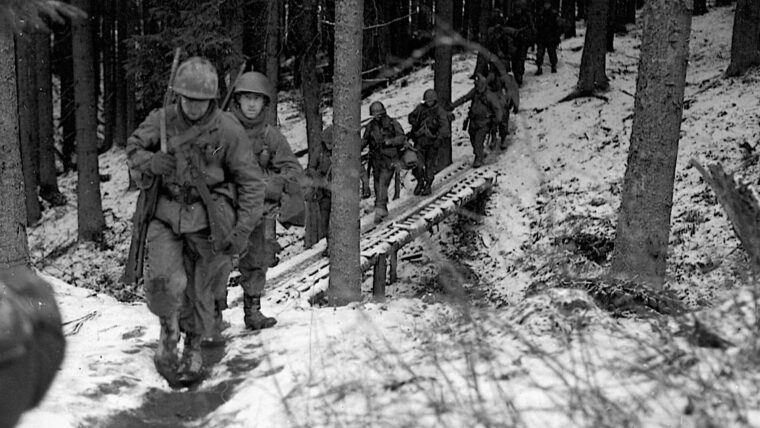 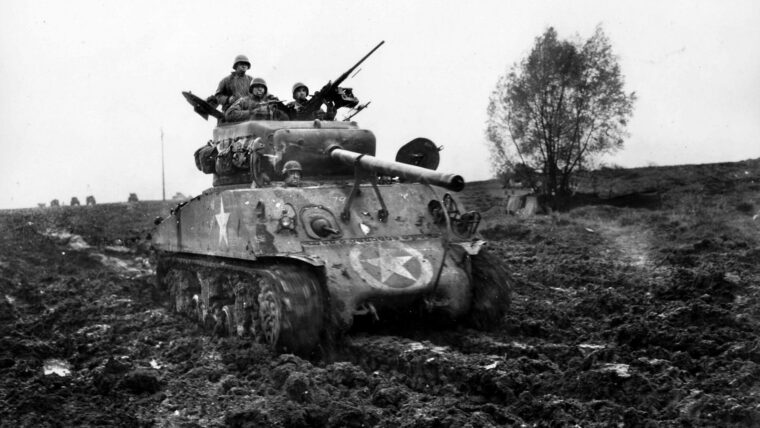 Patton’s Panthers: The Story of the 761st Tank Battalion

The Normandy landings, the fighting at St. Lô and Caen, Operations Goodwood and Cobra, and the subsequent Argentan-Falaise Pocket have always drawn major attention from historians, with respect to the early struggle for supremacy in France. Read more 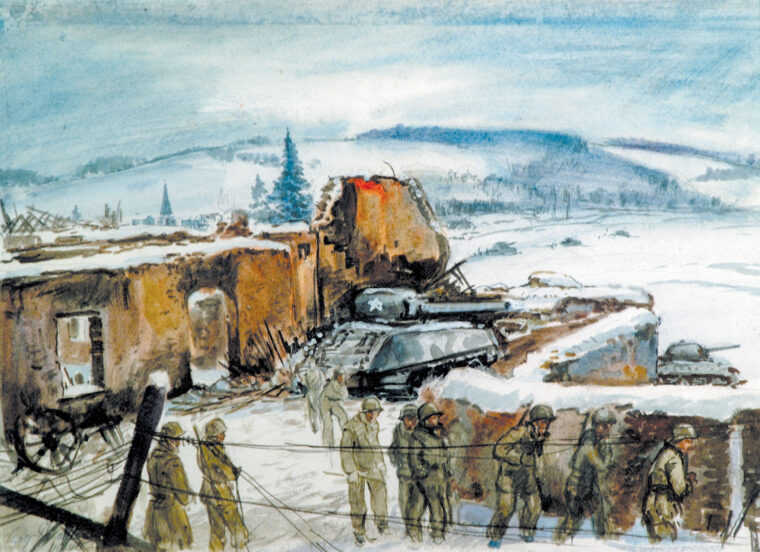 Shivering and stamping their feet in the snow, three American soldiers warmed their hands over a small fire at an observation post. Read more 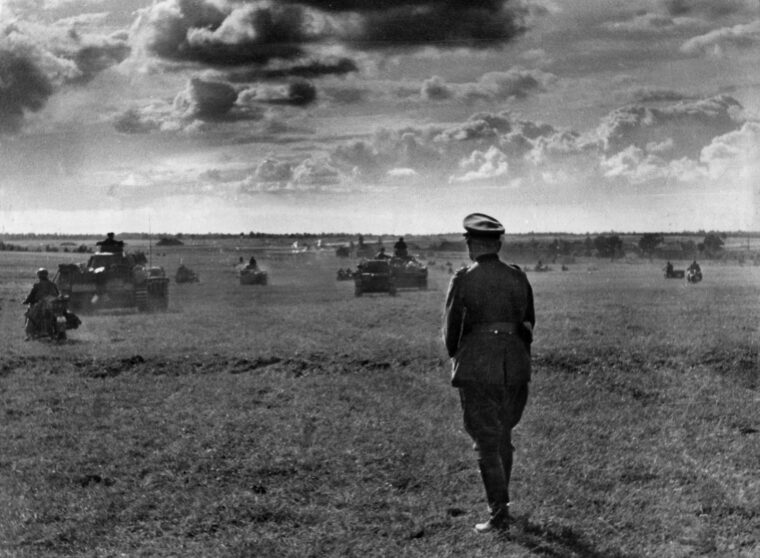 Hitler was enraged as he stalked his way around the room during the waning months of World War II. Read more 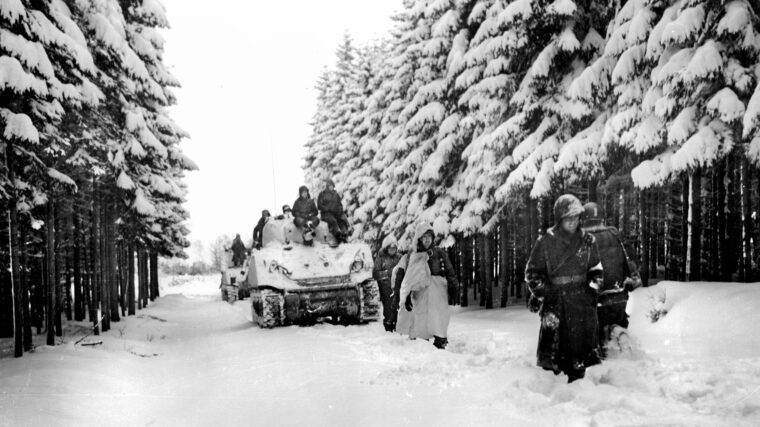 Daredevil Tankers Turn the Tide at the Bulge

“Peiper must be stopped!” 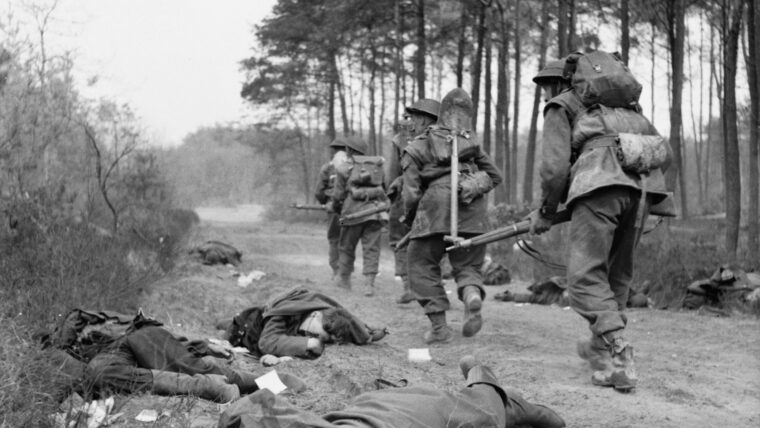 “I am busy getting ready for the next battle,” Field Marshal Sir Bernard Law Montgomery wrote his son David in early March 1945. Read more

Operation Stösser was launched during Germany’s last gamble: Wacht am Rhein (Operation Watch on the Rhine), Hitler’s offensive in the West which Americans know as the Battle of the Bulge, had as its ultimate objective the Belgian port of Antwerp. Read more

Blood for Time: 9th Armored at Bastogne and the Battle of the Bulge

In December 1944, the Ardennes front or “ghost front” was an area where either veteran Allied units rotated in to rest and recover from terrible combat losses or where new, untested units arrived to gather some combat experience from the minor skirmishes that would occasionally flare up. Read more 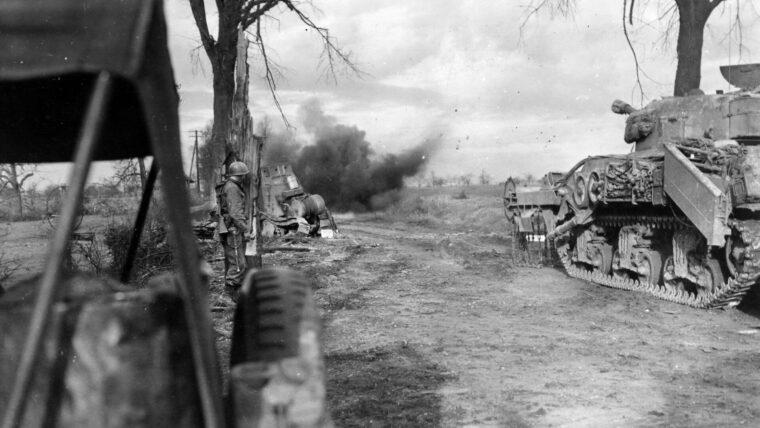 World War II: A Campaign Against Oil? A Look at Ploesti

World War II was the first fully mechanized war in history, and oil, both crude and synthetic, was a major factor in military planning. Read more