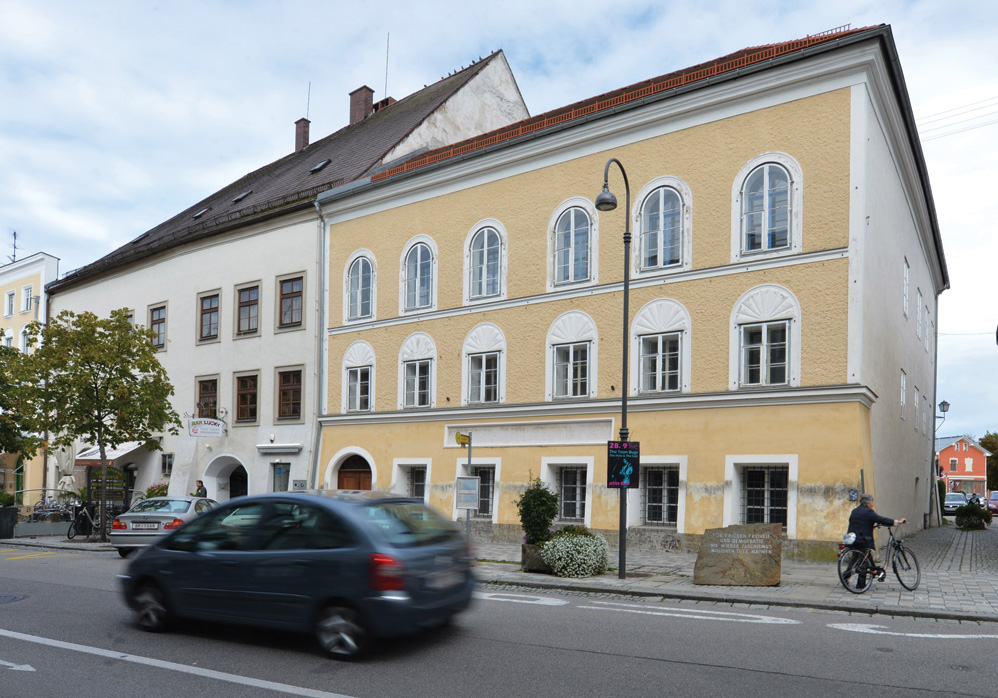 How do you solve a problem like Hitler’s birthplace?

This article appears in: Fall 2016

It’s a plain, old, pale yellow, three-story building in a small town (fewer than 20,000 inhabitants) north of Salzburg, Austria. Yet this architecturally unremarkable building stands in the center of a recent political firestorm.

Outside of the building stands a stone slab from the Mauthausen concentration camp quarry that reads “For Peace, Freedom and Democracy/Never Again Fascism/Millions of Dead Warn.”

It is the building where Adolf Hitler was born on April 20, 1889, in the village of Braunau-am-Inn, and the Austrian government is struggling with the question of what to do with it.

Gerlinde Pommer, the elderly woman who has owned the place for decades, inherited it from her mother, who bought it from a former high-ranking Nazi official after World War II—and she reportedly has no intention of doing anything with it.

Austria has other thoughts: buy it and either tear it down or repurpose it into a maternity hospital, a home for refugees, or a museum.

Austria wants to keep it from becoming even more of a neo-Nazi pilgrimage site (much like Benito Mussolini’s tomb in Predappio, Italy, has become a shrine for neo-Fascists; the tomb gets 80,000-100,000 visitors a year) than it already is.

The Austrian government and the city of Braunau have been renting the empty, rundown building from Pommer since 1972 and currently pay her about $5,700 a month, even though she tried to cancel the government’s lease in December 2014. The last tenant moved out in 2011 because Pommer refused to renovate it and make it handicap-accessible. 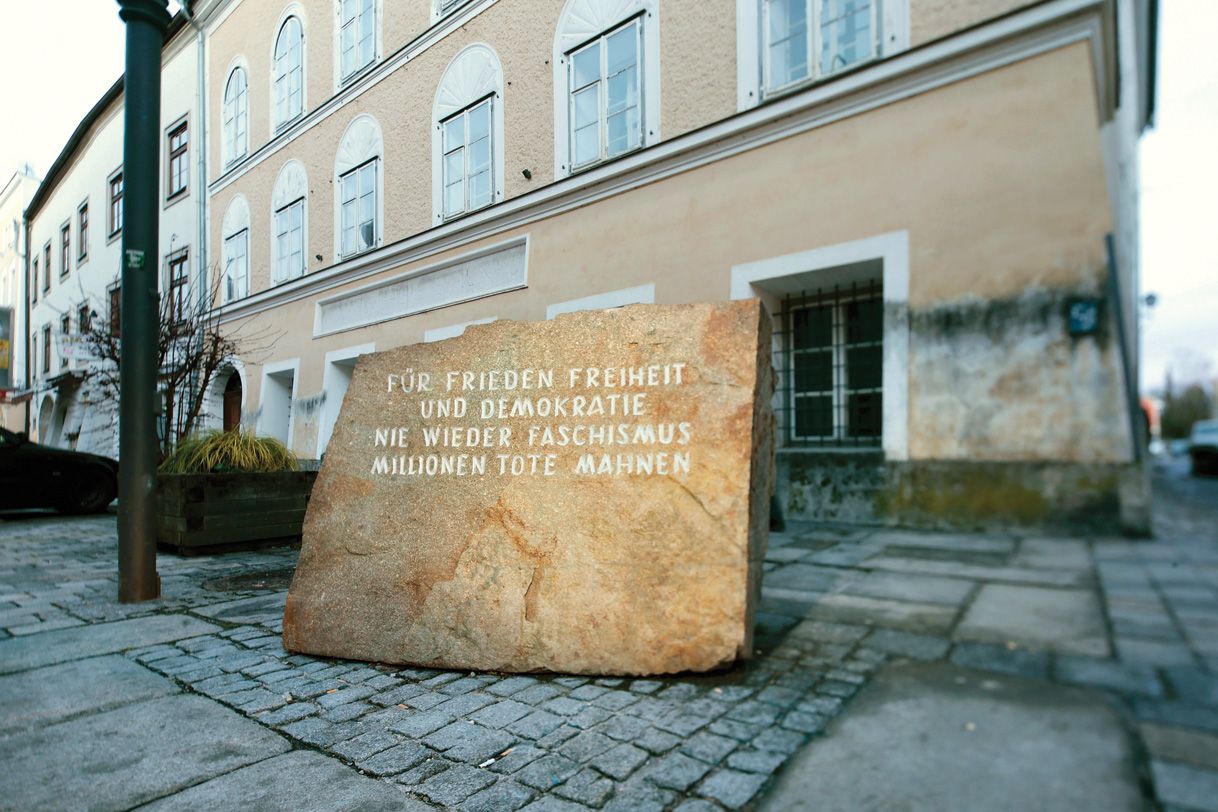 Interior Minister Wolfgang Sobotka wants to tear it down. “The Republic would like to prevent this house from becoming a ‘cult site’ for neo-Nazis in any way, which it has been repeatedly in the past, when people gathered there to shout slogans,” he told the BBC.

Others prefer to see it become a museum documenting the horrors of Nazism. Some have said that demolishing it would further encourage right-wing extremists, whose numbers are increasing, to visit the site as “Hitler Square” or “Hitler Park.”

On a related note, the grave marker for Hitler’s parents in the town cemetery of Leonding, about 75 road miles from Braunau, was recently removed because it was attracting too many Hitler admirers who placed flowers and Nazi symbols on the grave. The Hitler family moved to Leonding in 1898; Adolf lived there until he was 15 and went off to Vienna.

The grave marker, with photos of Alois and Klara Hitler and a granite cross, was removed without ceremony by a stonemason hired by a relative of Alois Hitler’s first wife, Anna. All that’s left at the site is a white gravel square and a tree.

Leonding itself first assumed cult status for Hitler’s followers after he visited his parents’ grave and the nearby family house following the 1938 annexation of Austria by Nazi Germany. The family’s house is now a warehouse holding coffins for the cemetery and has not attracted Hitler fans.

According to an Interior Ministry spokesman, a parliamentary vote is likely to happen sometime this year that will decide the Braunau building’s fate.