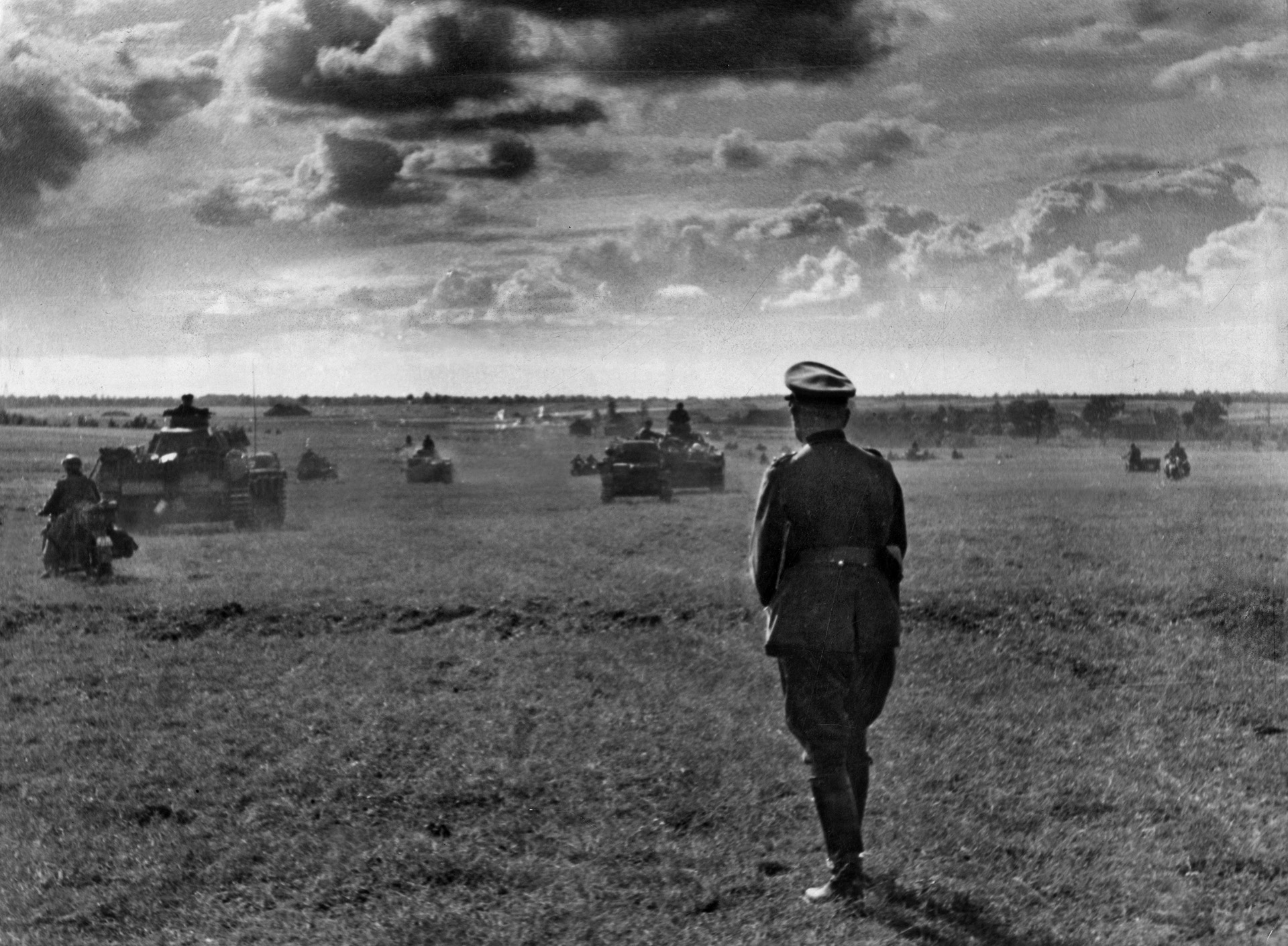 General Heinz Guderian led German armored formations and fell in and out of favor with Hitler.

This article appears in: October 2013

By Phil Zimmer Hitler was enraged as he stalked his way around the room during the waning months of World War II. Heinz Guderian, his acting chief of the general staff, was again speaking out, again opposing the Führer’s plans for dealing with the Soviet Red Army, which was steadily approaching Berlin. This man, whom Hitler had earlier promoted to inspector general of the armored troops, had advocated in early February 1945 that German troops be evacuated from the Balkans, Italy, Norway, an

One thought on “Heinz Guderian: Author of the Blitzkrieg”