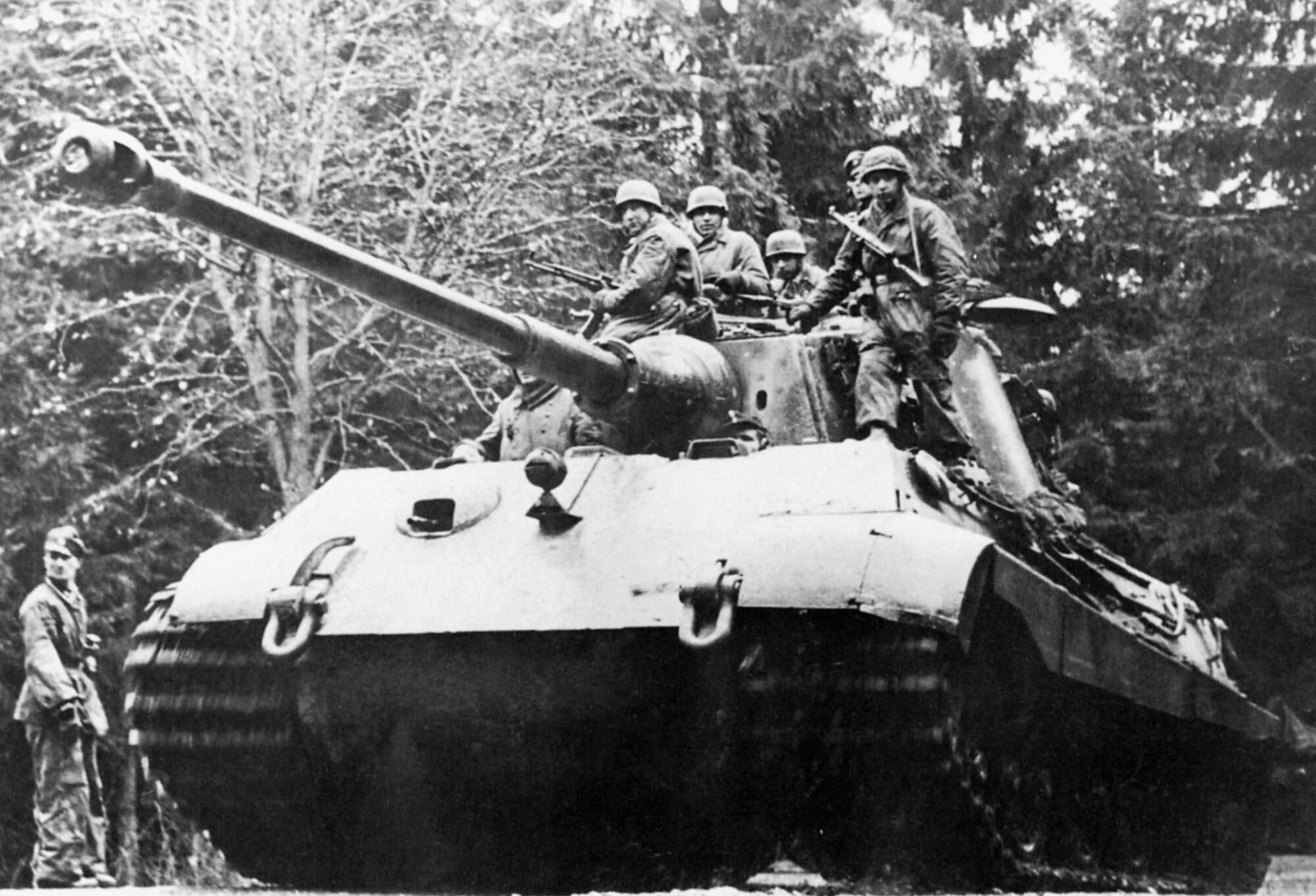 Like the Allied Sherman Tanks, Tiger Tanks and other German armored units were a benefit and an impediment during the Battle of the Bulge.

When American soldiers landed in France in June 1944 as part of the great Allied crusade to liberate Europe, they were well trained, fully equipped, and brimming with confidence. But, like their fathers two and a half decades earlier, they were in for a rude awakening at the hands of the seasoned, ruthless German Army. The GIs believed that, man for man, they were better soldiers than their foes and that they had more and better weapons and vehicles. In combat, however, from the tangled Normandy hedgerows all the way to the gates of the Third Reich, the Americans found themselves learning bitter lessons and losing their innate naiveté. With their long range and thick armor, German Tiger tanks would prove throughout the war that one could hold off ten or more M4 Sherman tanks.

As their British and Canadian allies had already learned, the GIs and their officers soon came to respect the resolute fighting qualities of their enemy. they discovered, with considerable chagrin, that although they possessed a greater abundance of weapons, some of these were decidedly inferior to those of the Germans.

The Wehrmacht’s machine guns and machine pistols had a higher rate of fire, its multiple-barrel mortars were more effective than the Allies’ single-tube weapons, and its self-propelled antitank guns were better.

In terms of armor, the difference was daunting, with German tanks frequently outgunning and outmaneuvering the ubiquitous American medium Shermans and the British Army’s Churchills, Valentines, and Cromwells. The third-ranking German tank was at least the equal of the Allies’ best tanks, and the formidable Tiger, mounting a high-velocity 88mm cannon, was superior to all armor in the European Theater of Operations.

The most powerful tank of World War II, a single 67-ton Tiger II could hold up a dozen Sherman tanks, and often did. Known variously as the Tiger B, King Tiger, and Royal Tiger, the Tiger II carried a crew of five, had a 600-horsepower engine and a maximum speed of 21.74 miles an hour, and boasted a cruising range of 105.57 miles.

It could knock out with ease any Allied tank at considerable range, and its armor was so thick (1.58 inches to 7.09 inches) that few British or American weapons could destroy it. Fortunately for the Allies, production of the Tiger II behemoths was constantly disrupted by Anglo-American bombing raids and shortages of raw materials, so only 489 of them had entered service by the time the war ended.

The Tiger II served alongside the Tiger E in heavy tank battalions that were usually at the disposal of panzer corps commanders. Also carrying a crew of five, the Tiger E, sometimes referred to as the Tiger I, weighed 56 tons, had a top speed of 23 miles per hour, and mounted an 88mm L-56 cannon and two 7.92mm machine guns. A total of 1,350 Tiger I tanks were built. 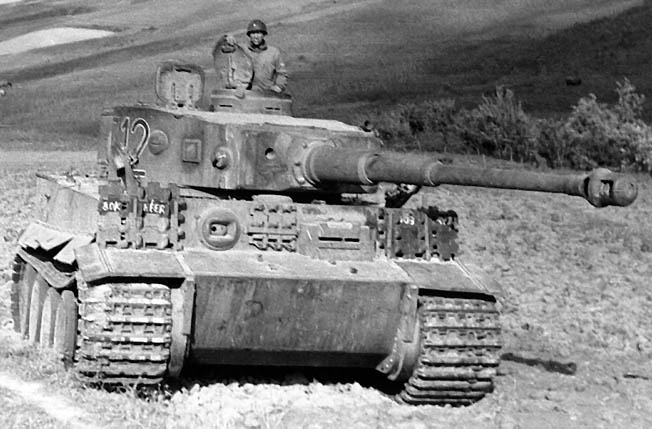 …But They Did Have Disadvantages in Size and Weight

After debuting in the Leningrad sector of the Eastern Front in August 1942, Tiger I tanks continued to serve in Russia for the duration of the war, as well as in Tunisia, Sicily, Italy, and France. As was the case with the Tiger II, the major defects of the Tiger I were its bulk and weight, which inhibited it tactically, and its limited operational range.

Rounds from the U.S. Army’s 57mm anti-tank gun had almost no effect on either the Germans’ 45-ton, 10-foot wide Panther tank or the slope-armored Tigers. The morale of many a U.S. infantryman was severely shaken when watching a Tiger destroy a whole transport column while a supporting Sherman’s 75mm shells bounced harmlessly off it.

Yet, while the powerful German tanks came to be looked upon with great respect by Allied soldiers, their size and weight were disadvantages, as was made patently clear on the Eastern Front and in the Ardennes Forest in December 1944. (Take an in-depth look at the Ardennes, along with conflicts large and small in the pages of WWII History magazine.)

The favorite of German tank crews was the Mark V Panther medium tank with its 75mm cannon. The heavy Mark VI Tiger, measuring 12 feet, 3 inches in width, could not traverse soft ground or use narrow forest tracks. Tank veterans of the cruel Eastern Front scornfully dubbed it the “furniture van.”

When Field Marshal Gerd von Rundstedt’s three panzer armies stormed through the thin American defense lines in the snow-clad, fog-shrouded Ardennes early on Saturday, December 16, 1944, the Nazi juggernaut seemed unstoppable. Many U.S. units abandoned their weapons and vehicles and fled in disarray, while others stood valiantly until overwhelmed.

However, the German thrust aimed at the strategic Meuse River and the vital Belgian port of Antwerp soon lost momentum as the retreating Americans reorganized, gathered strength, and began to hit back. The American response in the Battle of the Bulge, buttressed with a swift and brilliant 90-degree maneuver by General George S. Patton Jr.’s Third Army and support at the Meuse River from British Army units, threw the enemy timetable off.

Hampered by wider and heavier tanks, the Germans found themselves unable to move through the area as speedily as they had in the blitzkrieg of May 1940. Also contributing to the Germans’ failure to exploit their bulge rapidly was a disabling shortage of supplies, particularly fuel, and the limited mobility of their monstrous, gas-guzzling armor. The few Tiger II tanks in the Ardennes were confined to a limited number of main roads and sparse, hard, frozen ground in the thickly forested, ravine-laced region. When any of the tanks broke down or ran out of fuel on the narrow roads, they blocked all other vehicles because the snow and ice-covered verges lay on top of mud into which tracks and wheels sank rapidly. 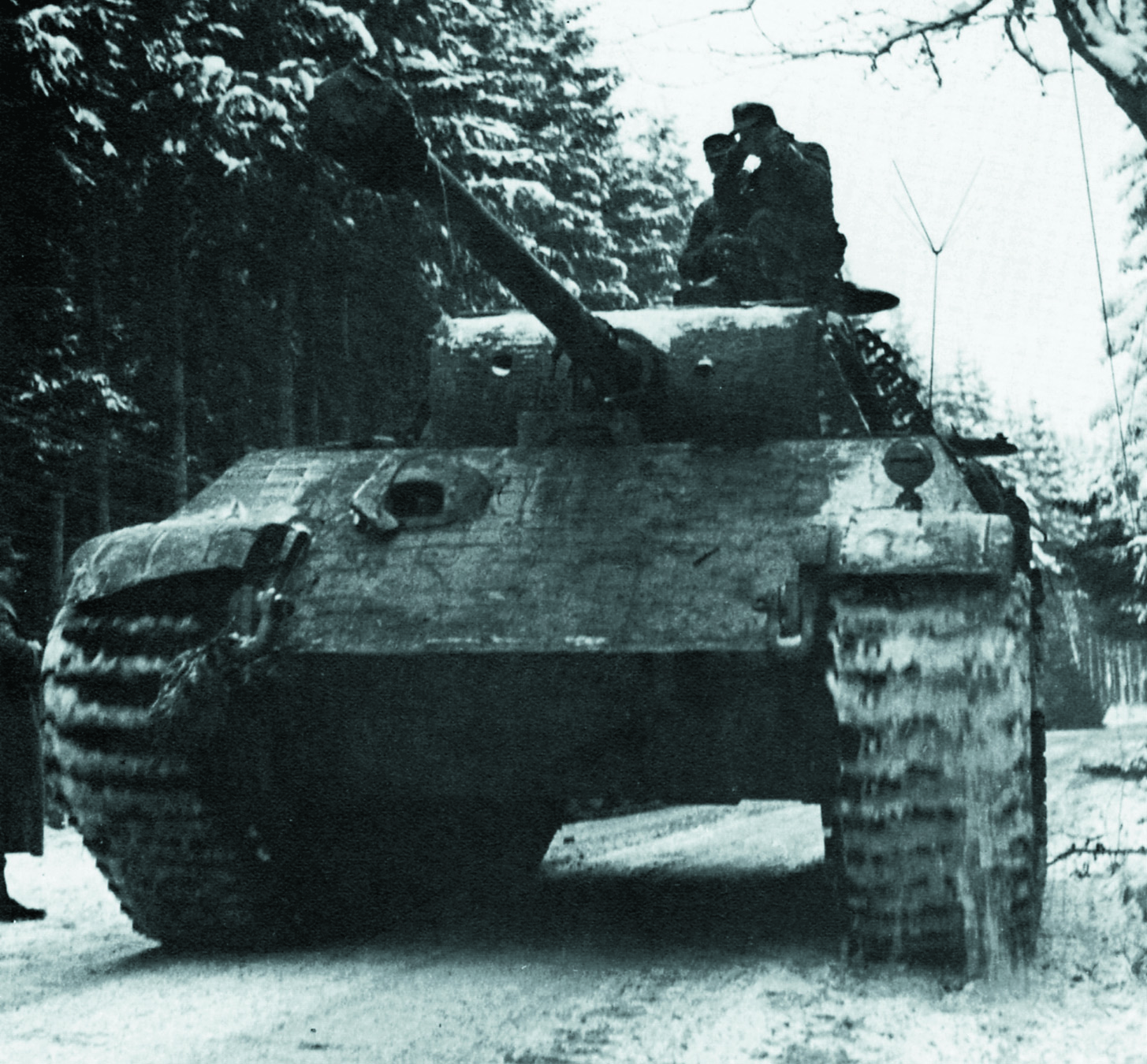 Despite the initial shockwave that rendered the U.S. high command inert for two critical days, the enemy counteroffensive, blunted by epic defensive actions at St.-Vith, Clervaux, Bastogne, and other locations, fell behind schedule. The Germans failed to gain strong protection on their flanks or to secure the road network in Belgium and Luxembourg.

To maintain their offensive timetable, the enemy columns needed to capture the four junctions on the first or second day. This did not happen, so the last major German attack of the war, Adolf Hitler’s final gamble, crumbled, enabling the British, U.S., and Canadian armies to resume their massive push to the Rhine.

18 thoughts on “Sherman Tanks vs. Tiger Tanks: Which Was Best at the Bulge?”