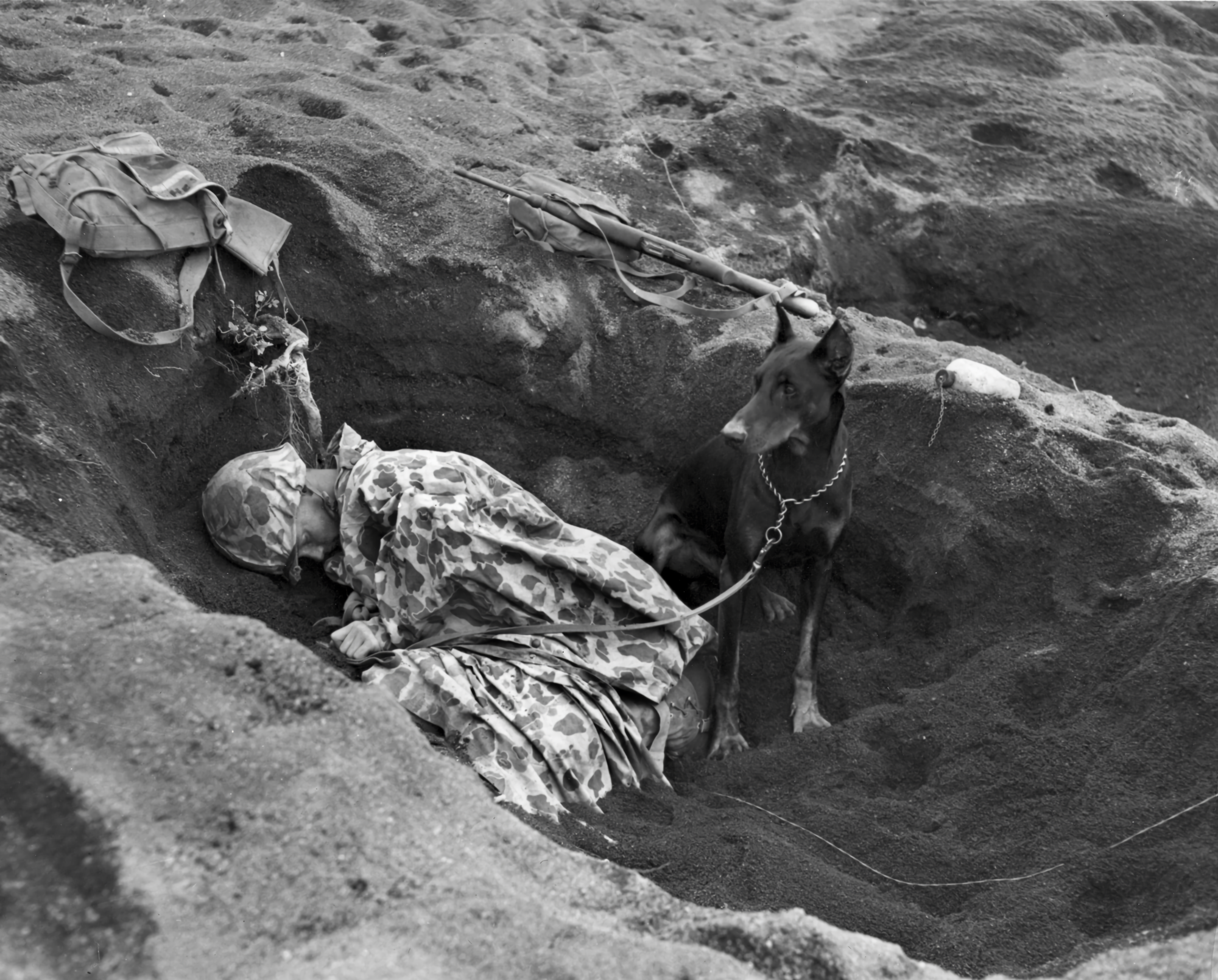 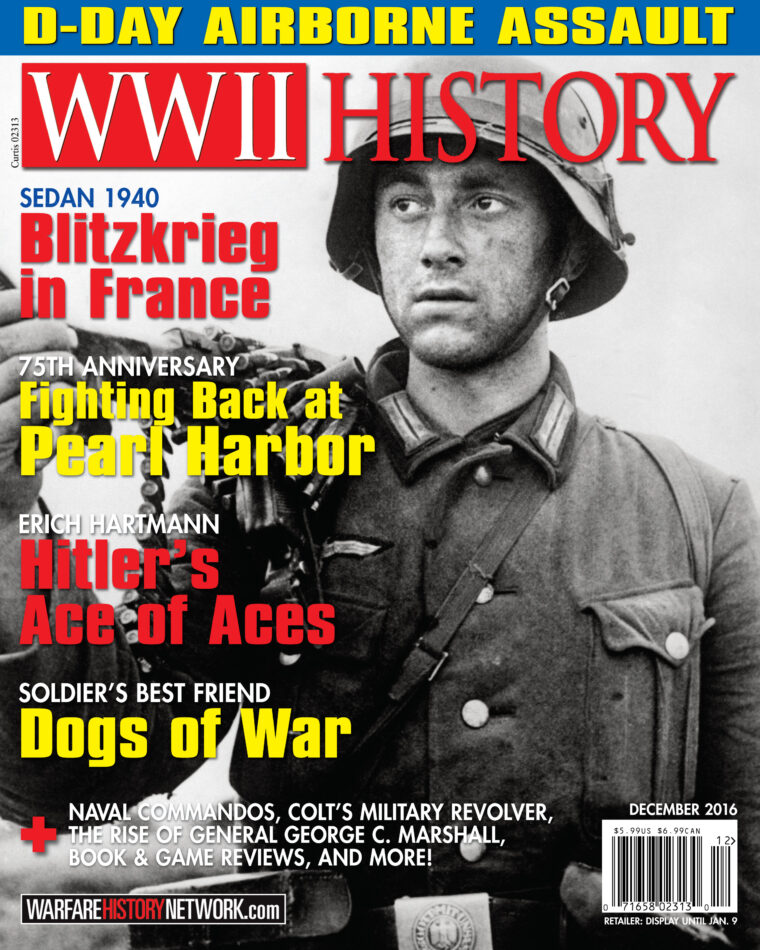 Cover: A German soldier photographed with his Mg-34 during the German invasion of France in May 1940. Photo: Scherl/SZ Photo/ The Image Works 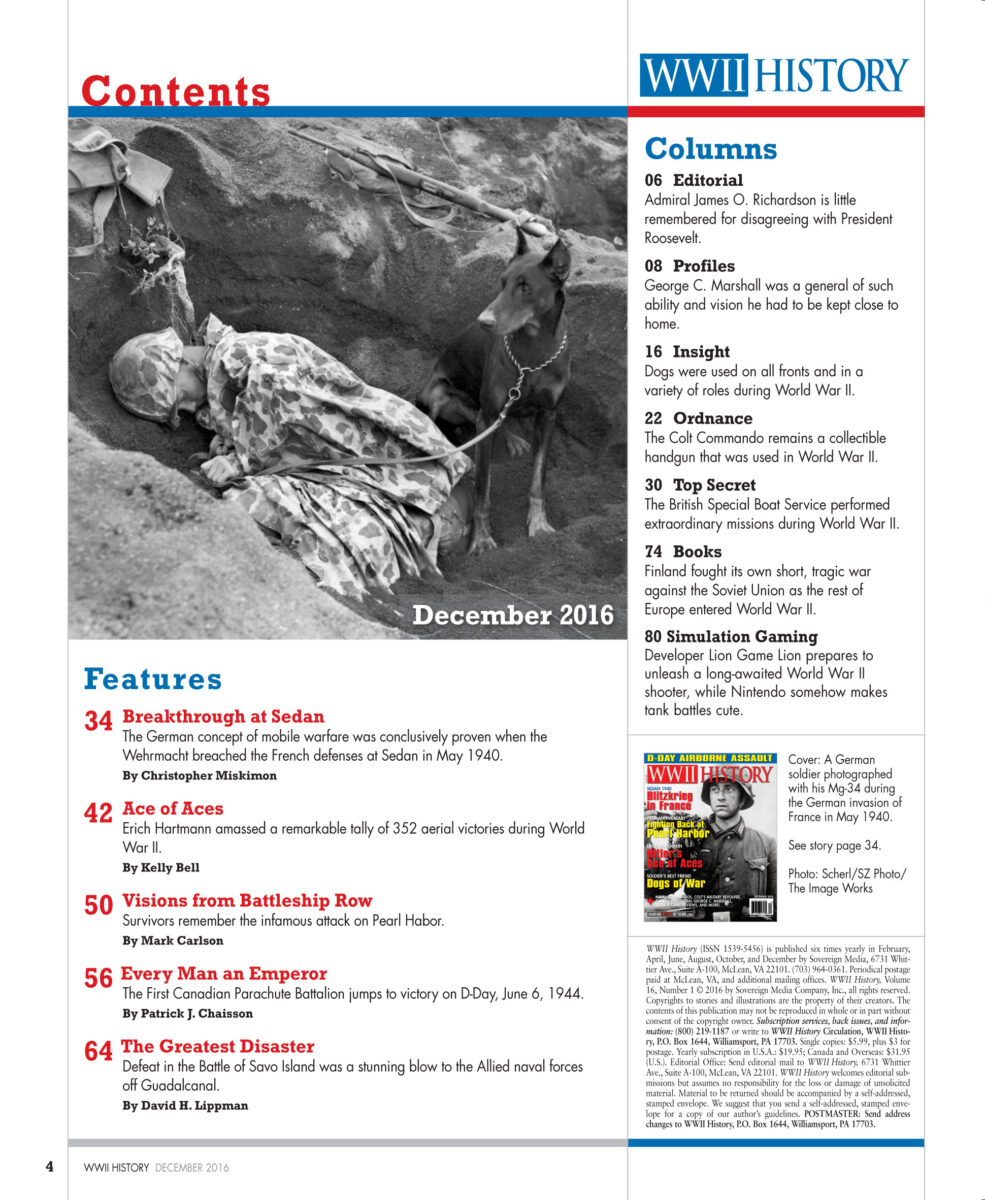 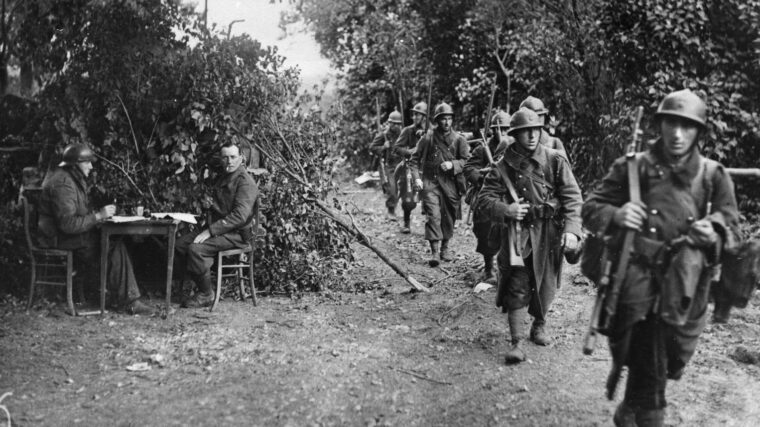 The attack was beginning despite the widespread lack of artillery support, engineers, or armor. Normally this would be a recipe for disaster. Read more 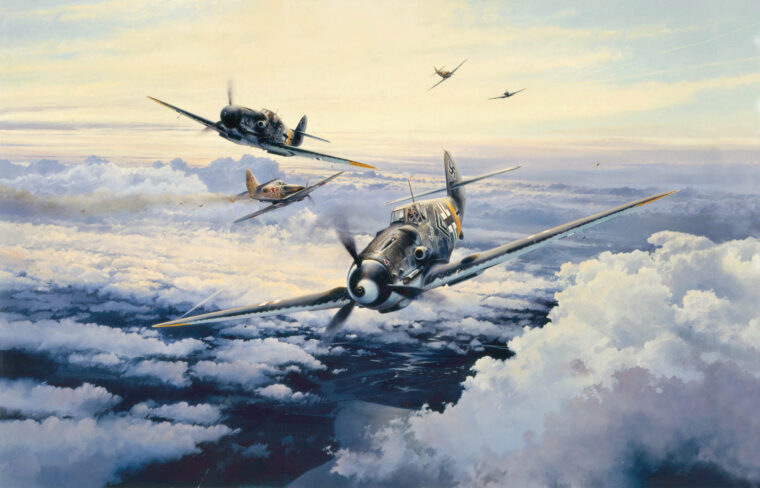 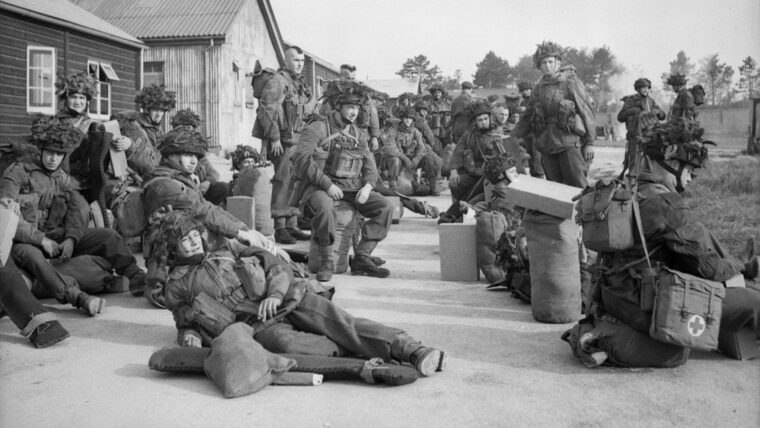 Every man an Emperor

Sergeant William R. Kelly crashed through the treetops, slamming to a stop when his parachute canopy caught on some branches. Read more 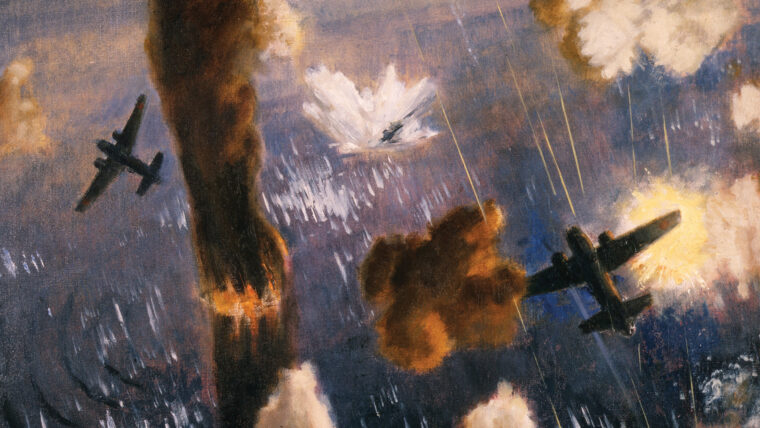 Amid rain, lightning, and dark, the British admiral and American general picked their way through choppy seas to the transport USS McCawley, off the coast of Guadalcanal. Read more 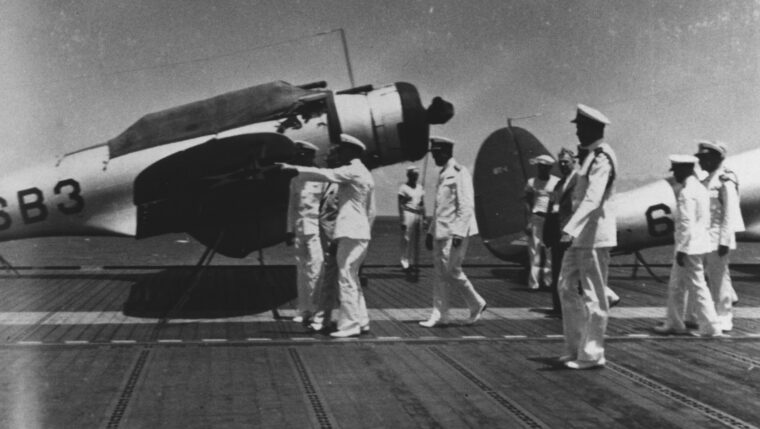 Seventy-five years ago this month, aircraft of the Imperial Japanese Navy wreaked havoc on the U.S. Pacific Fleet while inflicting heavy damage on military installations across the Hawaiian island of Oahu. Read more 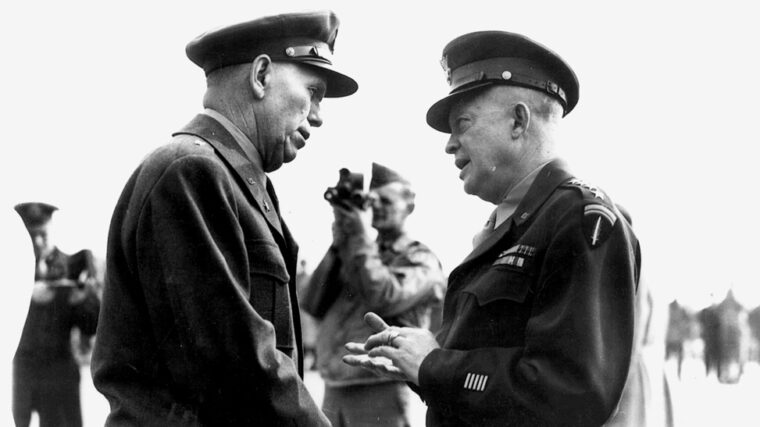 The General with the Plan

On November 11, 1943, under cover of darkness, President Franklin D. Roosevelt and his key aides sailed down the Potomac River to the new battleship USS Iowa, there to meet with three of the four American members of the Combined Chiefs of Staff—Admiral Ernest J. Read more 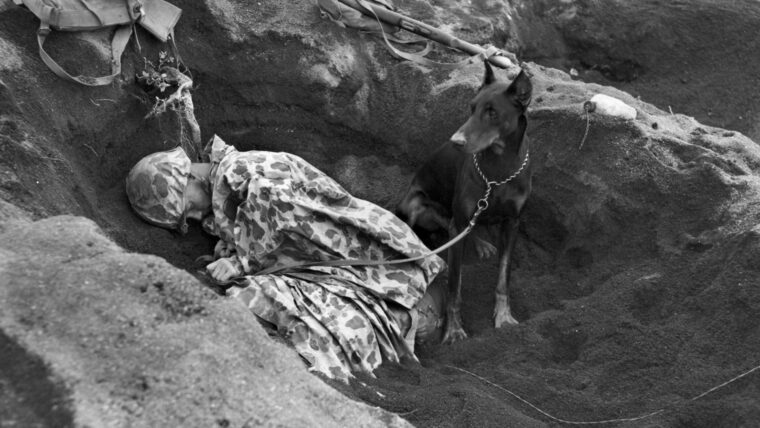 Dogs in WW2: from Paratroopers to Medical Dogs in Combat

Animals of several kinds were used during WW2 by the military forces of belligerents both large and small. Read more 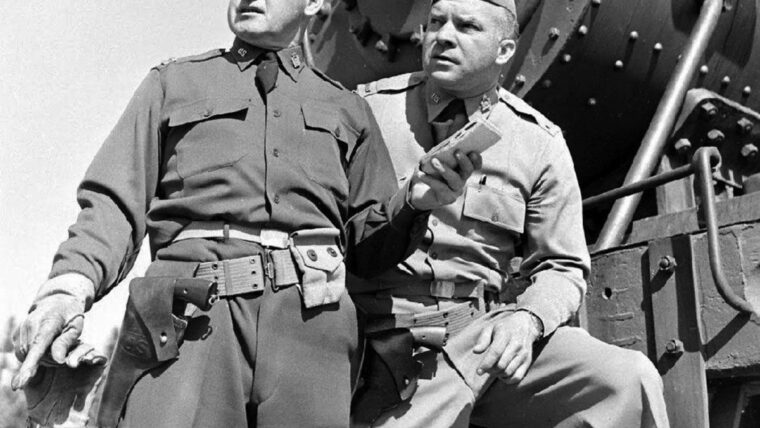 Many handgun enthusiasts’ blog entries recount how they stumbled onto a local gun show table only to find a dull-finished revolver that clearly bore the impression “Colt Commando .38 Special” on the left side of the barrel. Read more 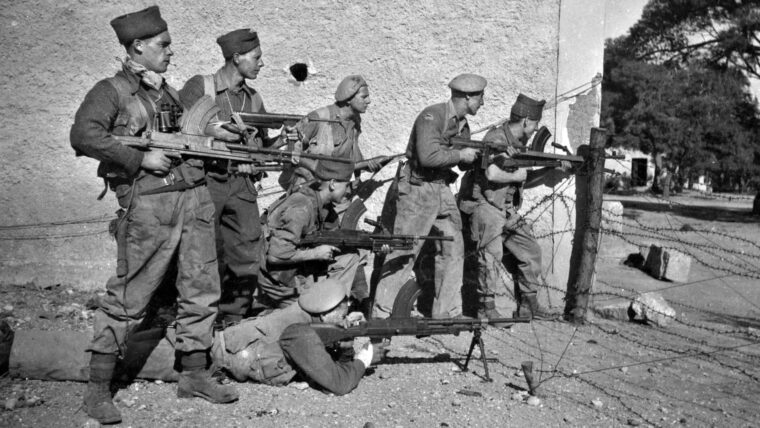 “We were to be terrorists. Our job was to terrorize the Germans,” one former member said dramatically. Read more 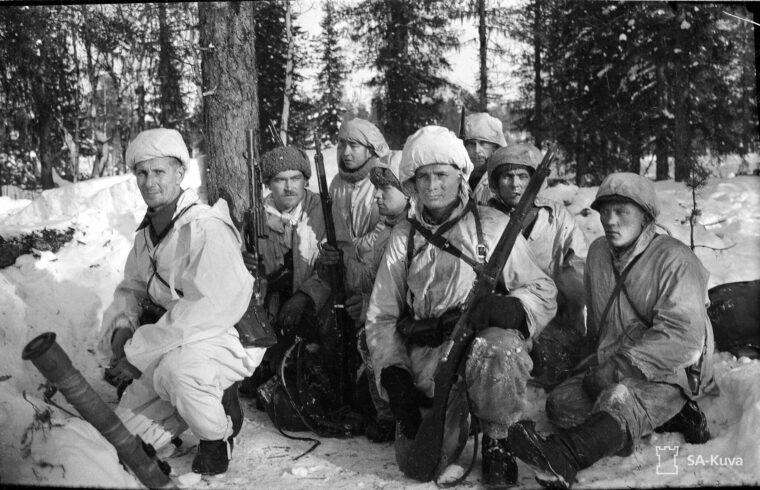 “You can run, but you will only die tired!” Lt. Col. Aaro Pajari gave his battalion this dire warning on December 8, 1939, as the invasion of his homeland raged. Read more 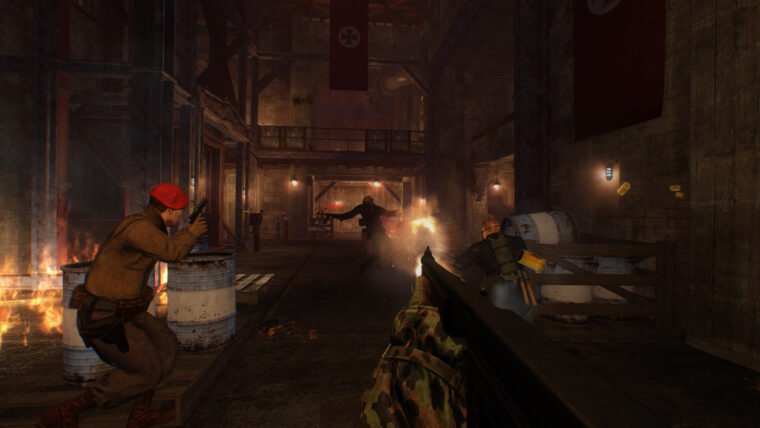 Raid: World War II is part of the limited but exciting resurgence of World War I and II shooters that are on the not-so-distant horizon. Read more 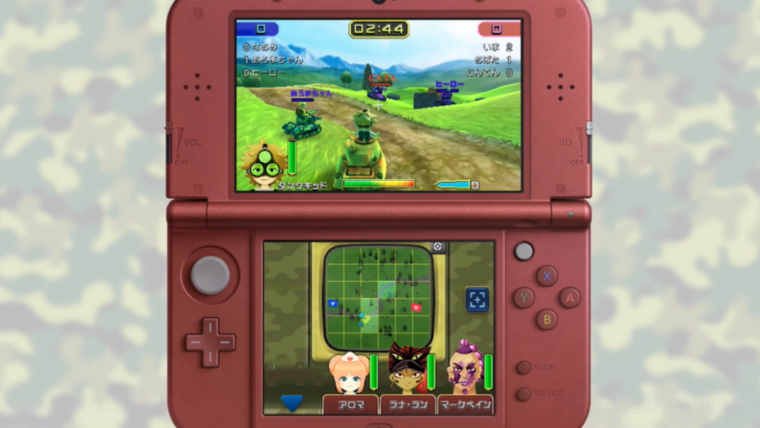 Nintendo kicked off September with; another of its semi-regular Nintendo; Direct presentations, which are live streams that typically run for an hour and either announce new games or show off fresh footage of upcoming releases. Read more