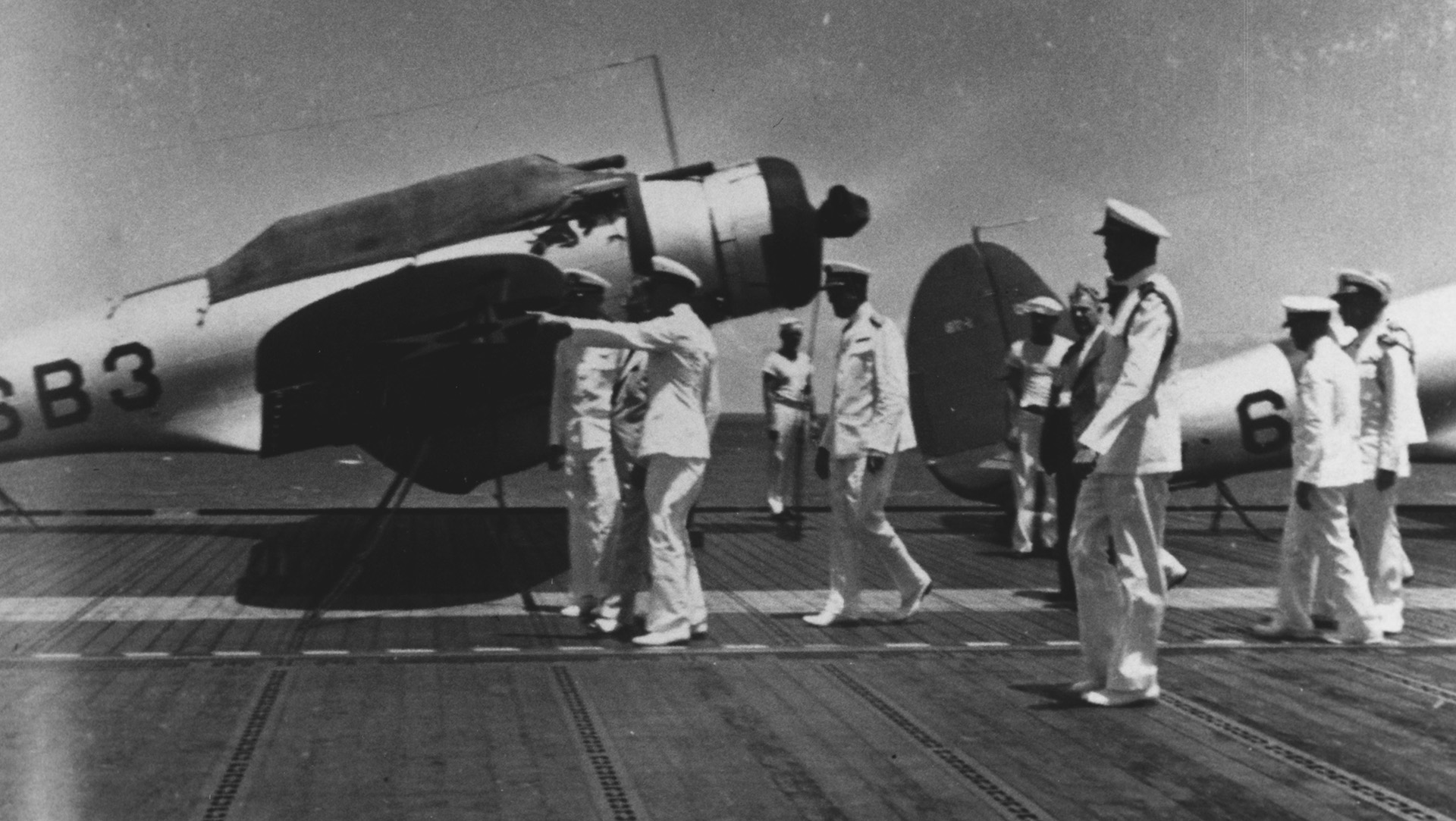 Seventy-five years ago this month, aircraft of the Imperial Japanese Navy wreaked havoc on the U.S. Pacific Fleet while inflicting heavy damage on military installations across the Hawaiian island of Oahu.

Suddenly, the United States was at war. Four bloody years later, World War II in the Pacific ended in victory, but questions about the nation’s entry into that war persist three-quarters of a century later.

During the months leading up to the attack on Pearl Harbor diplomatic relations between the U.S. and Japan steadily deteriorated. Each side sent communiqués to the other with demands to preserve the peace that were unacceptable to the respective governments. President Franklin D. Roosevelt’s administration wanted the Japanese out of China and Indochina and delivered a stinging rebuke that Japan should begin to abide by the law of nations. The Japanese wanted the U.S. to acquiesce to its burgeoning hegemony in the Far East and on the Asian continent.

Roosevelt backed up his demands with economic sanctions, embargoes on raw materials and critical commodities such as oil and steel, and froze Japanese assets in the United States. He also decided to back up these measures with the flexing of American military muscle.

In the spring of 1940, the U.S. Pacific Fleet engaged in extensive maneuvers, and when the war games concluded in May Roosevelt ordered the fleet to remain at its forward base, Pearl Harbor, rather than return to its permanent anchorage at San Diego, California. The president was confident that the provocative move would “exercise a restraining influence on the actions of Japan.”

At least one high-ranking naval officer, however, disagreed. And it cost him his job.

Admiral James O. Richardson was Commander-in-Chief, United States Fleet. He was a career man, graduating fifth in the U.S. Naval Academy class of 1902. A veteran of World War I, he served aboard the battleship USS Nevada and commanded the cruiser USS Augusta during the interwar years. As Assistant Chief of Naval Operations, he led the search for missing aviatrix Amelia Earhardt and the investigation into the Japanese sinking of the gunboat USS Panay on the Yangtze River in China in 1937.

When Roosevelt ordered the Pacific Fleet to remain in Hawaiian waters, Richardson strenuously objected. He believed that the relocation would goad Japan into military action, inviting a preemptive strike. Richardson also cited a lack of faith in approved plans in the event of war with Japan—the so-called War Plan Orange.

In January 1940, he wrote to Chief of Naval Operations Admiral Harold R. Stark, “ You are the principal and only Naval Adviser to the boss [Roosevelt] and he should know that our Fleet cannot just sail away, lick Orange, and be back at home in a year or so. Also the probable cost of any war should be compared [with] the probable value of winning the war.”

Richardson further decried the war readiness of the U.S. Navy in 1940. Admiral Richard Carney, Chief of Naval Operations in the 1950s, attended a meeting as a young officer in which he heard Richardson “saying in plain and understandable language, that the Navy wasn’t ready for war. Step by step, he dismantled my confident belief that the U.S. Navy could win a quick decision.”

Thus, for Richardson Roosevelt’s decision to move the Pacific Fleet to Pearl Harbor was unthinkable. He made two trips to Washington to discuss the matter with FDR and put his concerns in writing.

In February 1941, the senior command structure of the U.S. Fleet was conveniently reorganized, separating the leadership of the Atlantic and Pacific forces. In the Pacific, Admiral Husband E. Kimmel replaced Richardson, who reverted to the permanent rank of rear admiral and served as an adviser to the Chief of Naval Operations until retiring in 1942. Due to wartime circumstances he remained on active duty until 1947. Richardson died in 1974 at the age of 95.

During 1945 Congressional hearings on the Pearl Harbor disaster, Richardson was called to testify. He candidly related, “I had not requested that the fleet remain in Hawaiian waters, and there was no logical reason for me to make such a request. This was the second time the Department had put the Commander-in-Chief of the United States Fleet in a completely false position … I did not resent being told to do something by orders from above, but I did resent being told how to do it, particularly when the ‘how’ made a perfect ‘nitwit’ out of me.”

History seems to side with the ousted admiral.