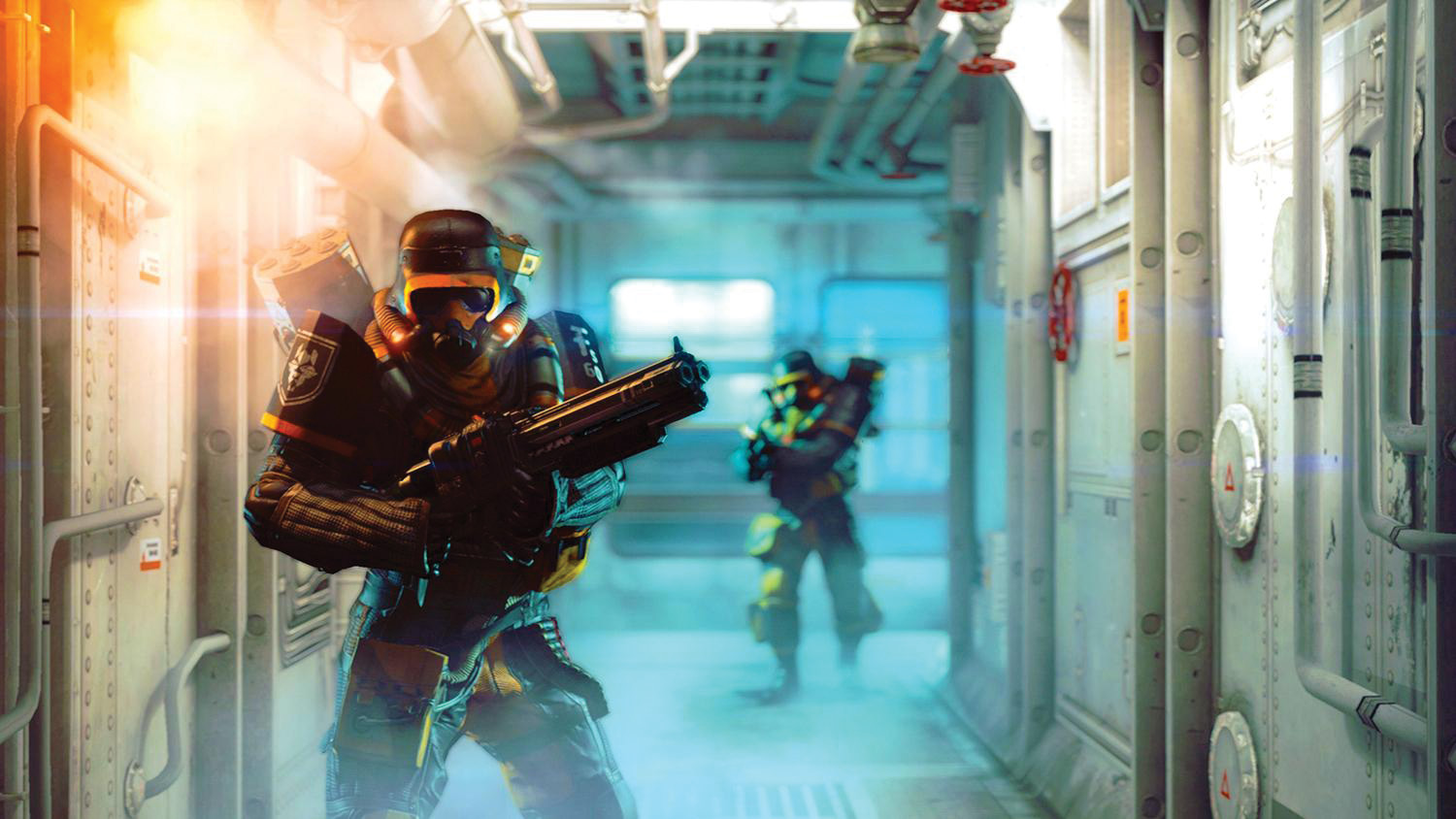 It’s 1960, the Nazis won World War II, but William “BJ” Blazkowicz is here to put them back in their place.

This article appears in: August 2014

Despite the franchise’s age, Wolfenstein remains in the category of “new nostalgia” for some. While it has deeper origins—starting with 2D adventure game Castle Wolfenstein, which made its Apple II debut in 1981—the series is well known for its seminal contribution to the first-person shooter genre with 1992’s Wolfenstein 3D. For some of us that doesn’t really seem like so long ago, does it? But it still immerses the 3D aspect of the franchise in a history over 20 years old, and while that history has been a rocky one at times, it’s one of the best examples of a fantasy twist on World War II video games have to offer.

We last saw Wolfenstein in the 2009 sequel to 2001’s Return to Castle Wolfenstein, an average adventure that at best served to keep the franchise name relevant. Perhaps it was that teetering relevancy that made everyone raise their eyebrows when the latest entry, Wolfenstein: The New Order, was first announced. I know we wrote about it in these pages, but at that point it merely seemed like more of the same mix of Nazi villainy and mad science, with protagonist William “BJ” Blazkowicz returning to mow them down with an overloaded arsenal of weaponry. 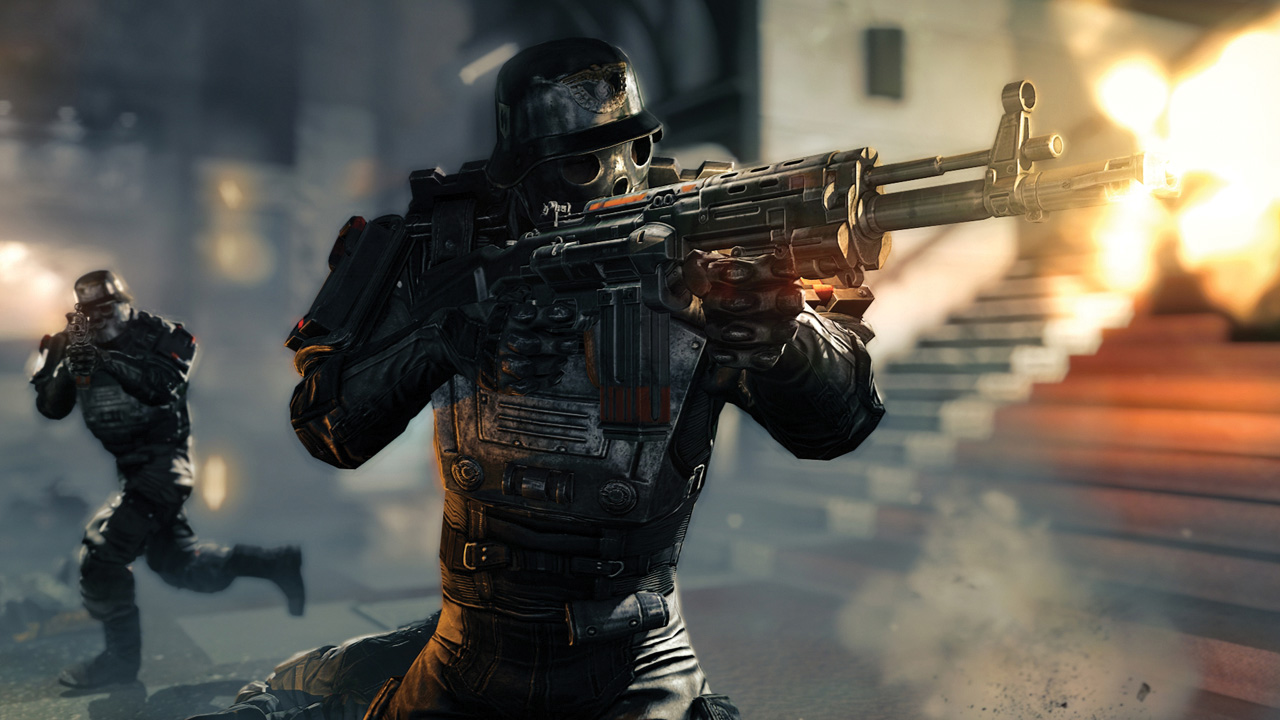 However, there’s more to The New Order than that, and that’s all thanks to developer MachineGames. Even if the name doesn’t ring a bell, the talent the company employs has a killer track record. Based in Uppsala, Sweden, MachineGames was founded in 2009 and includes key members of Starbreeze Studios, which was responsible for games like the remarkable The Chronicles of Riddick: Escape from Butcher Bay (2004) and The Darkness (2007), which adapted the comic book of the same name. That should be enough to convince those familiar to at least give Wolfenstein a shot, and after playing through it I can definitely say the team lived up to its reputation.

Wolfenstein: The New Order picks up after the events of Wolfenstein, kicking off with BJ and pilot Fergus Reid taking part in an intense Allied raid against a Nazi fortress and weapons laboratory. It’s July 1946 so it’s safe to say the war is still going strong, thanks in no small part to the Nazi development of advanced technologies that helped them turn the tide against the Allies. Leading the forces of evil is General Wilhelm “Deathshead” Strasse, and BJ is determined to put an end to him and snuff out this ever-expanding war once and for all.

The setup makes it seem like The New Order is going to be the repeat historical fantasy action we expected, with our hero infiltrating fortresses and taking out Nazis in rote fashion. The opening moments have a few nods to Wolfenstein to let the player know where things stand—passageways hide behind paintings and, from the very beginning, those familiar difficulty levels can be selected, including the easy “Can I play, Daddy?” setting—but the game doesn’t even truly start until the raid goes absolutely sideways, leaving BJ and the rest of his squad hung out to dry and, in BJ’s case, left for dead with a critical head injury.

BJ’s condition lands him in a Polish asylum in a vegetative state. Head nurse Anya Oliwa takes him under her care, but it appears even this quasi-hell won’t last forever. Nazis are removing patients bit by bit, and when the asylum is eventually shut down, they hastily decide to wipe everyone out. This is where BJ kicks back into action, performs a daring escape, and discovers, much to his bewilderment, that it’s now 1960. The war is over. Germany won and seized control over the majority of the world, and even the resistance has been quelled in the process. With Anya by his side, a recovering BJ helps bring that resistance back to life, and Deathshead remains at the top of his list.

Wolfenstein: The New Order uses this setup to fantastic effect, creating a detailed “What If?” world based on the concept of victorious Nazis. Their technology is even greater now, and the player is tasked with taking BJ through daring mech-assisted prison escapes, undersea U-Boat theft, and an impressive number of missions that keep things fresh from beginning to end. The shooting action itself isn’t anything ground-breaking, but it’s challenging and thrilling enough to keep you motivated, moving from one engaging set piece to the next. 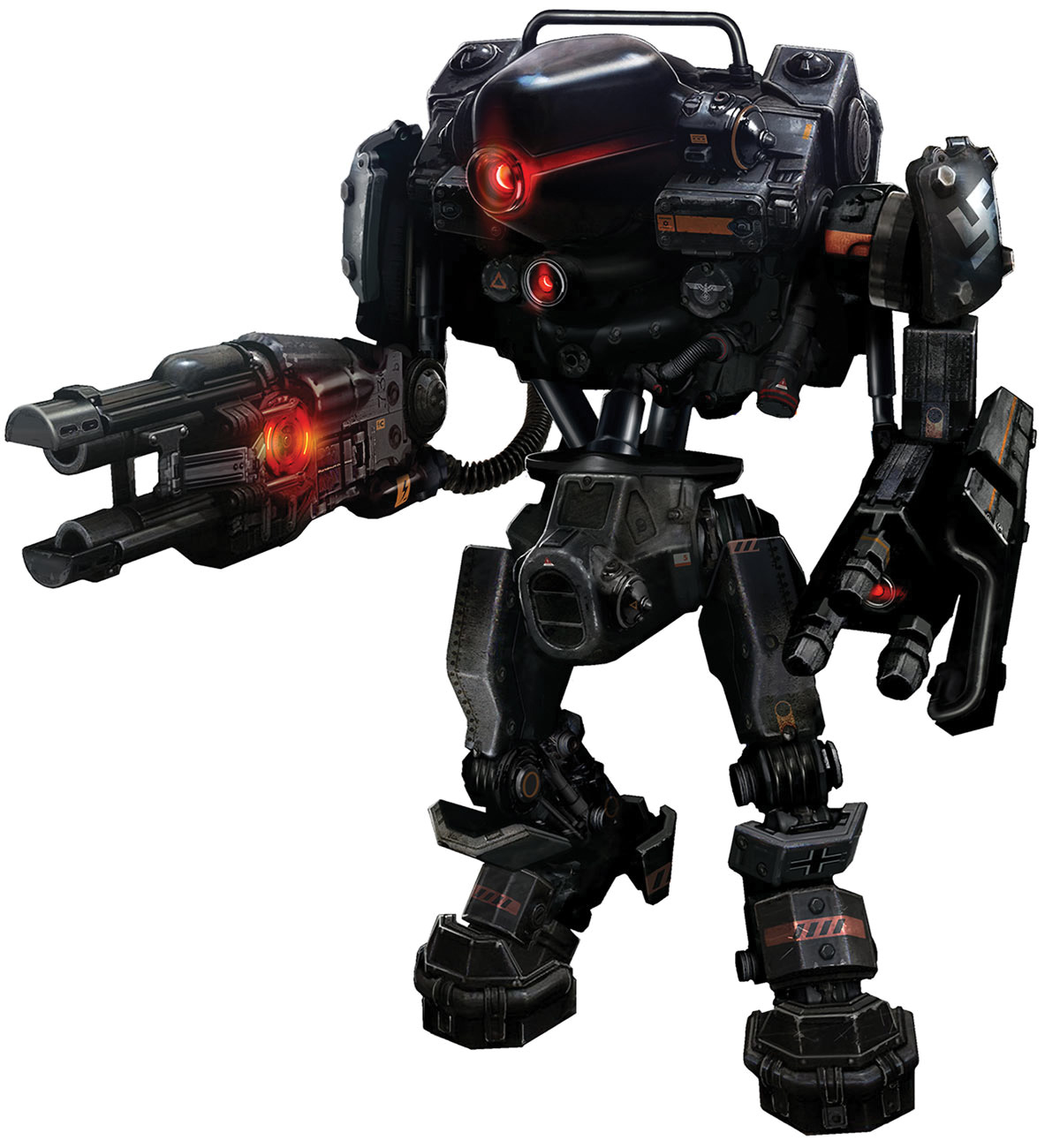 What actually happened during the time leading to Germany’s victory in the war isn’t spelled out in lengthy faux-historical movies, but you can piece it all together thanks to newspaper clippings scattered around the environment. That’s one of the most interesting facets of The New Order. Each level has a lived-in feel to it, and you can take that and run with it if you like, or just ignore the underlying facts behind the game’s world and blast your way through the levels. At times Wolfenstein’s story can get a little heavy handed—which is kind of odd coming from a game that has you dual-wielding automatic weapons within the first 10 minuteș—but for the most part it’s handled with admirable aplomb with a fine cast behind the characters.

The only major caveat would go to anyone looking to pick up Wolfenstein on a last-gen console like PlayStation 3 or Xbox 360. PC players will enjoy a hearty laugh at this, but it’s the first time I’ve really felt the gap between those systems and the current-gen platforms. To make sure the game runs smoothly, the developer made some visual sacrifices, most notably in the textures, which take an inordinate amount of time to generate and often return to bare-bones state once you turn your back on them. It’s not a deal-breaker, and Wolfenstein is very much worth playing on all platforms, but I think it’s about time we stop kidding ourselves and work on more games focused solely on the new systems and PC.

Despite its ‘90s roots, Wolfenstein: The New Order is a refreshing shooter that doesn’t attempt to squeeze in mediocre multiplayer, instead focusing all of MachineGames efforts on a stellar single-player campaign. It totally paid off, and it’s nice to have BJ Blazkowicz back in an earnest outing that doesn’t wink, nudge, or jab us in the arm with
tired irony.