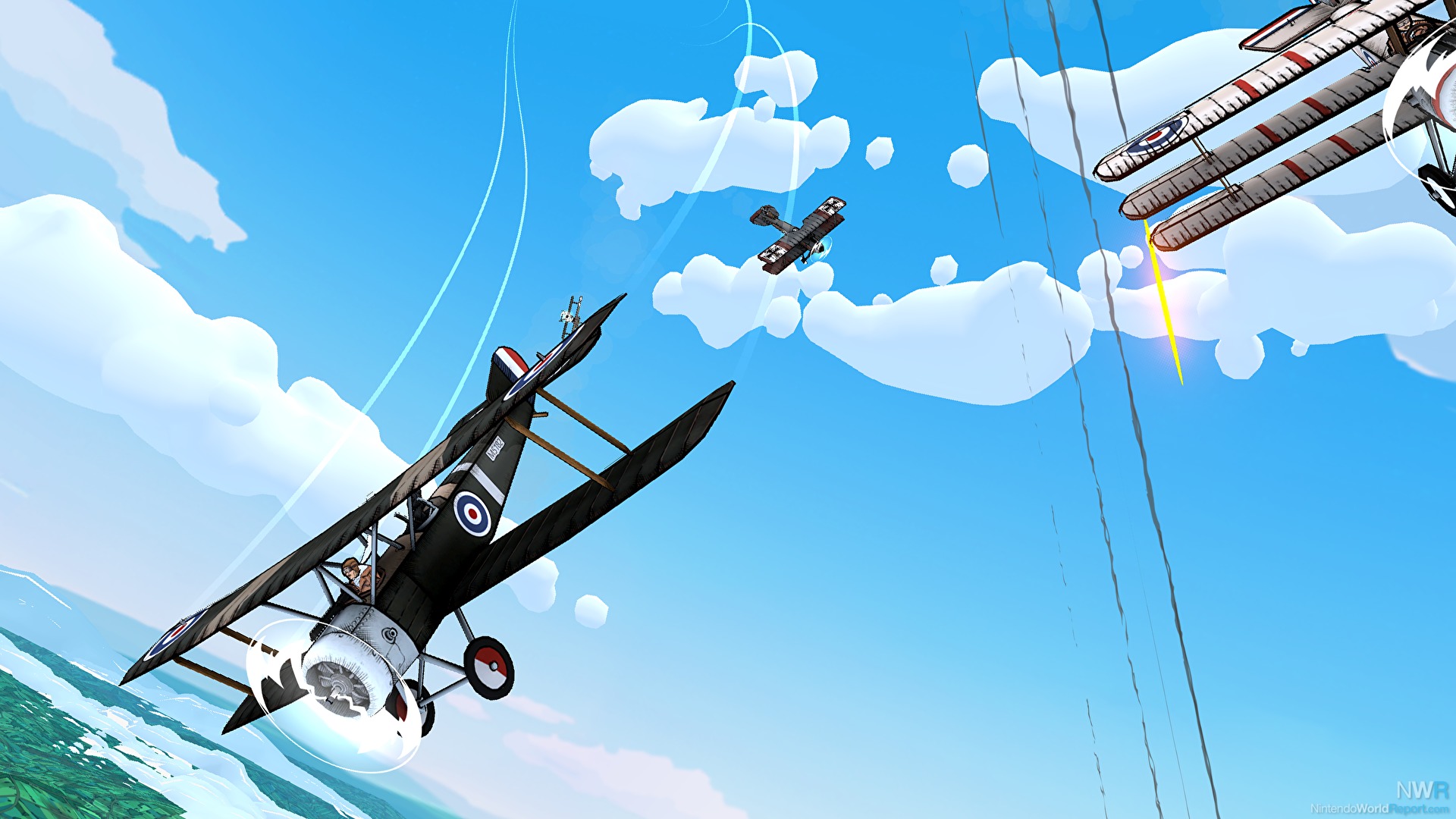 We Take to the Skies of Fury Before Throwing Down With Competitive Ground Warfare in Tango 5 and Girls Und Panzer.

This article appears in: March 2018

Sometimes you just can’t get the full experience of a game from the original smartphone version, and that goes doubly so for most titles with war as the subject matter. Enter Skies of Fury DX, an upcoming port that takes the iOS and Android game Skies of Fury to a combination of big and small screens on Nintendo Switch.

For those who haven’t played the mobile version—which made its debut back in May of last year—Skies of Fury is a dogfighting action game set during World War I. Players take on the role of either a British or German fighter pilot in operations throughout the notorious Bloody April of 1917. As you may have gathered, the original game’s timing was almost precisely spot on for the 100th anniversary of that particular conflict. 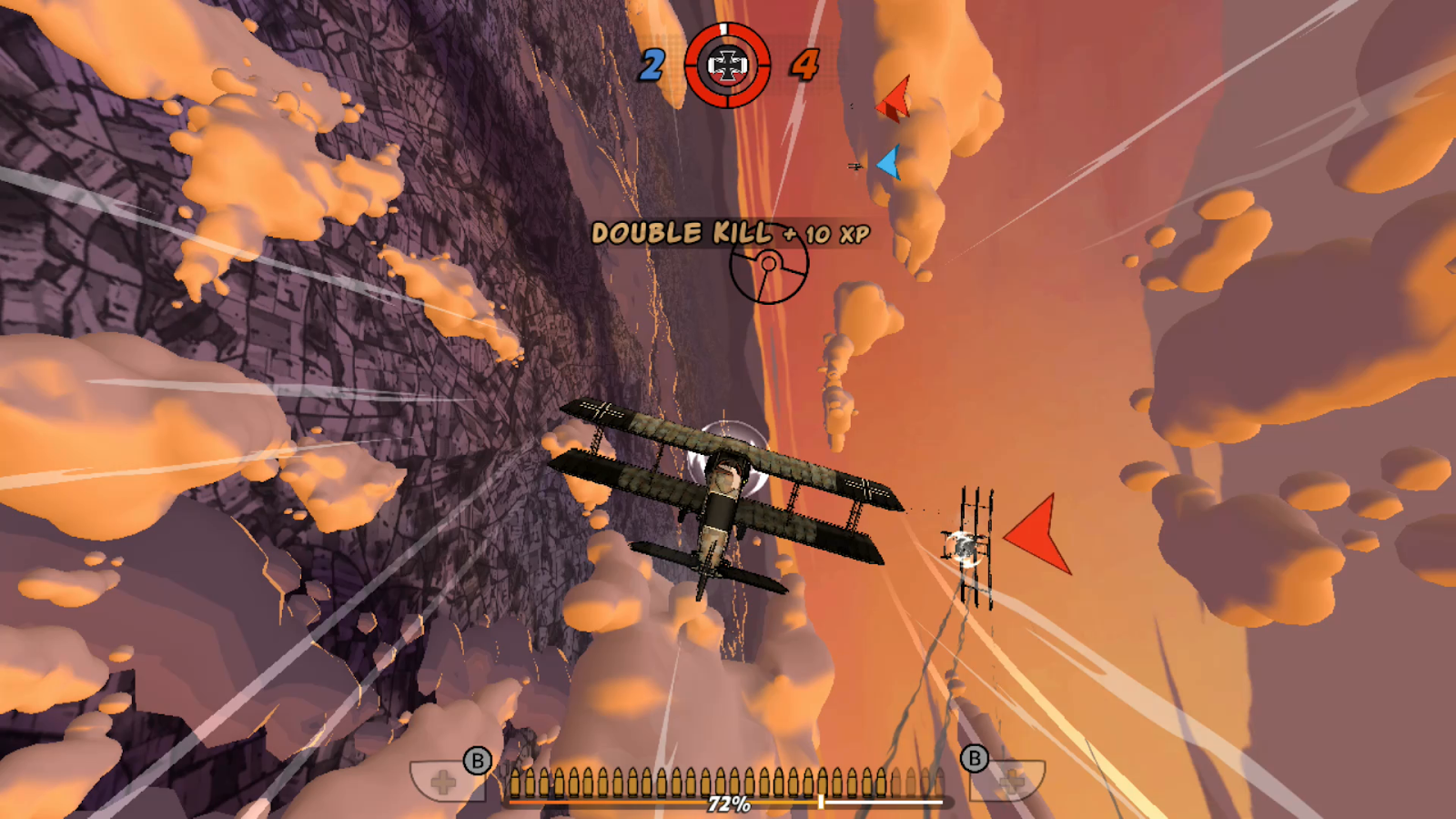 Depicted in a hand-drawn visual style, Skies of Fury DX features 10 World War I aircraft and 100 different missions. Planes can be customized further with the help of hundreds of additional items, and the more you play the more you’ll be able to upgrade combat and flight abilities. While there’s certainly plenty of single player content to dig into, dogfighting games shine in the multiplayer department, and you can play Survival and Versus modes with up to four players. You can also unlock bonus comics based on the real history behind Bloody April.

At the time of this writing we’re still waiting to get our hands on the Switch version of Skies of Fury DX. The mobile version was fun enough, and Switch seems like the logical next step with its mix of on-screen, portable, and tabletop playing options. We’ll definitely be gathering some friends to fire away with so we can properly dig in and report back later with a final call. 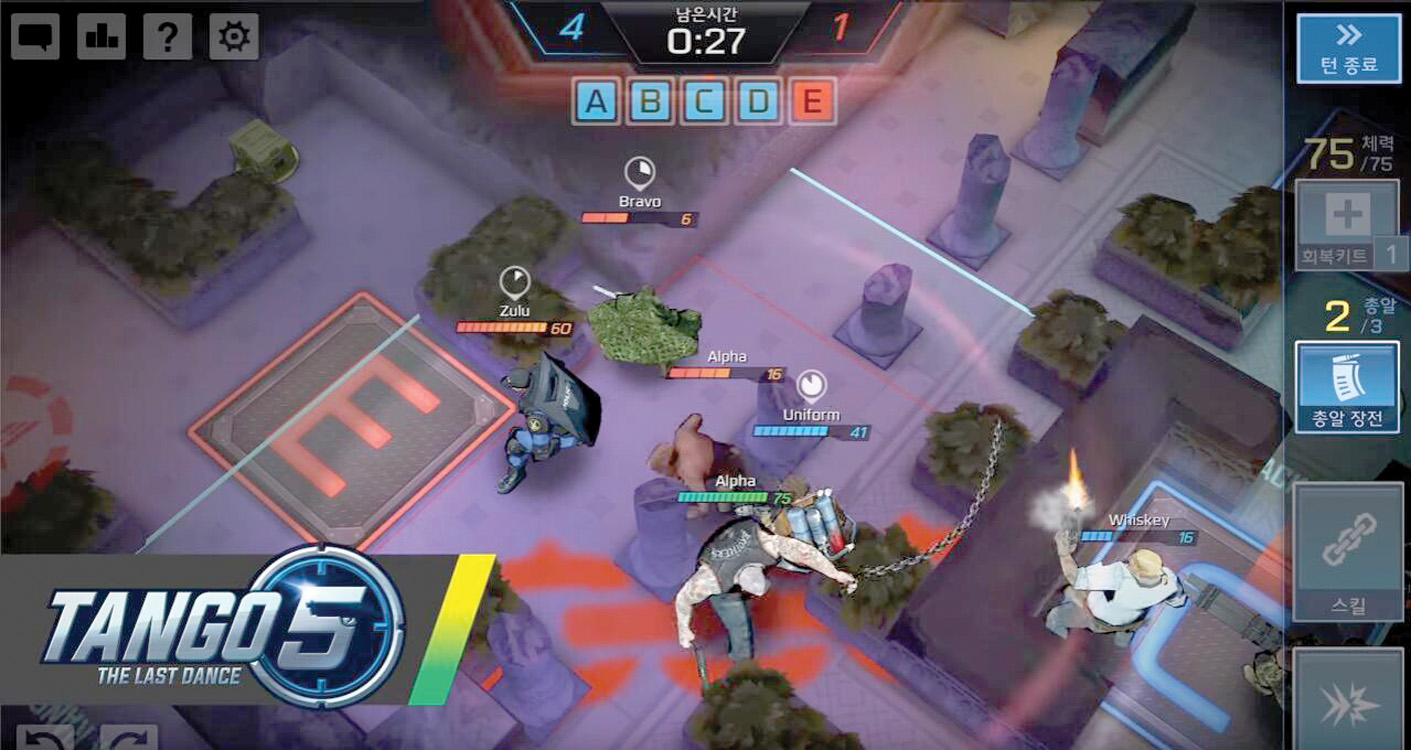 MOBA (Multiplayer Online Battle Arena) games are wildly popular at the moment, especially in the eSports community. This paves the way nicely for Tango 5, a five-on-five competitive action game designed with mobile devices in mind. While it’s more of a hero-based shooter than something based on any specific wars or battles, there’s an inherent stylistic crossover that should make it of interest to some of our more action-oriented readers.

The battles in Tango 5 go down in real time as players take on opponents from around the globe. It’s not just about knocking enemies out of the game entirely; there are certain battlefield objectives in modes like Capture or Annihilate, tasking players with thinking on their feet and successfully capturing said objectives while staying alive and holding off the other team. All matches are judged with best-of-three rules, and they clock in at 99 seconds a pop, so expect a pretty fast-paced gauntlet right from the get-go.

Most promising, however, is Nexon’s claim that there is no “pay-to-win” structure in Tango 5. While that doesn’t mean there aren’t any microtransactions, it does bode well for the overall game balance. Time will tell if they stick to this, but at the moment they promise an emphasis on skill-based rewards that value the player’s own ability to think things through and play strategically to triumph over the competition.

Tango 5 is currently in its “soft launch” period, which means it may not yet be available in certain markets by the time this issue is in your hands. Keep an eye out, though, because like most free-to-play games this one is worth a quick download and a few online matches to see if it has any staying power on your mobile device. 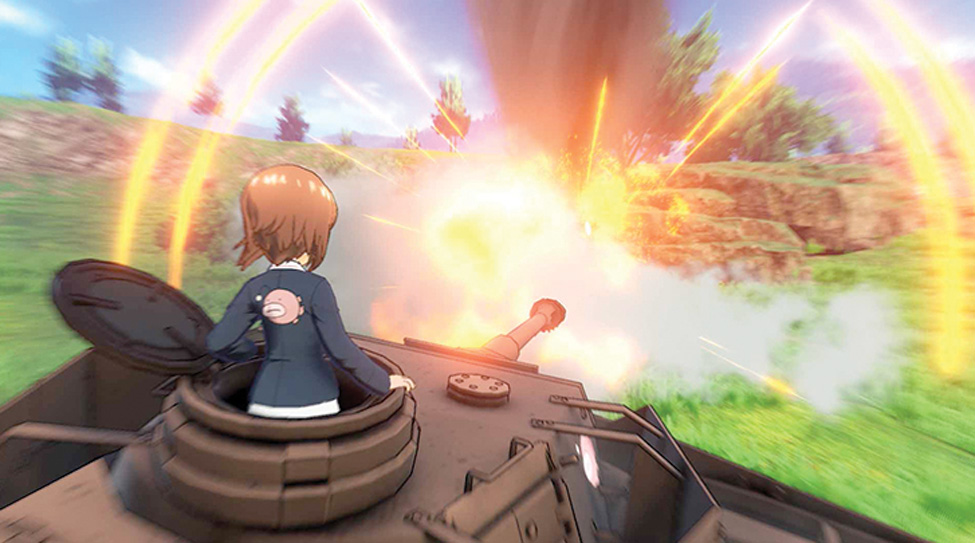 Unless you count yourself among the fan ranks, you might be surprised to find out how many anime series have ties with legitimate historical warfare subject matter. Many manga and anime creators are known for their attention to detail, and that definitely applies to Girls und Panzer, a TV series that originally aired from 2012 to 2013. It may not be a period piece, but all the historical tanks are at your disposal in a new game adaptation, Girls und Panzer: Dream Tank Match.

The best way to describe Dream Tank Match is to picture something like World of Tanks … only with cute anime girls at the controls. The original series is set in a world in which historical World War II-era tanks are maintained and put to use in competitions, and “the way of the tank” is a popular activity for high school girls. Thus, you end up with plenty of exciting school-on-school battles, paving the way for the likes of light tanks such as the Panzer 38 and BT-42; heavies like the Churchill, Tiger II, and Carro Armato P40; and even the Type 10 tank used by the Japanese Ground Self-Defense Force.

Dream Tank Match takes these behemoths and puts them in online battles with up to 10 players. Since this is based on an anime, there are some very, shall we say, anime-centric actions, like the ability to drift and dash in your tank. All the tanks are fully customizable, as well, letting players choose their own colors and decals to turn a historical piece of hardware into something they can call their own.

If you’re a fan of Girls und Panzer—or if you just want to try a different type of tank battle action game—there’s some good news. While a Western release has yet to be officially announced at the time of this writing, Dream Tank Match is getting a release in Southeast Asian regions in addition to Japan. As tends to be the case with those releases, that means there’s an importable version out there that supports English subtitles.