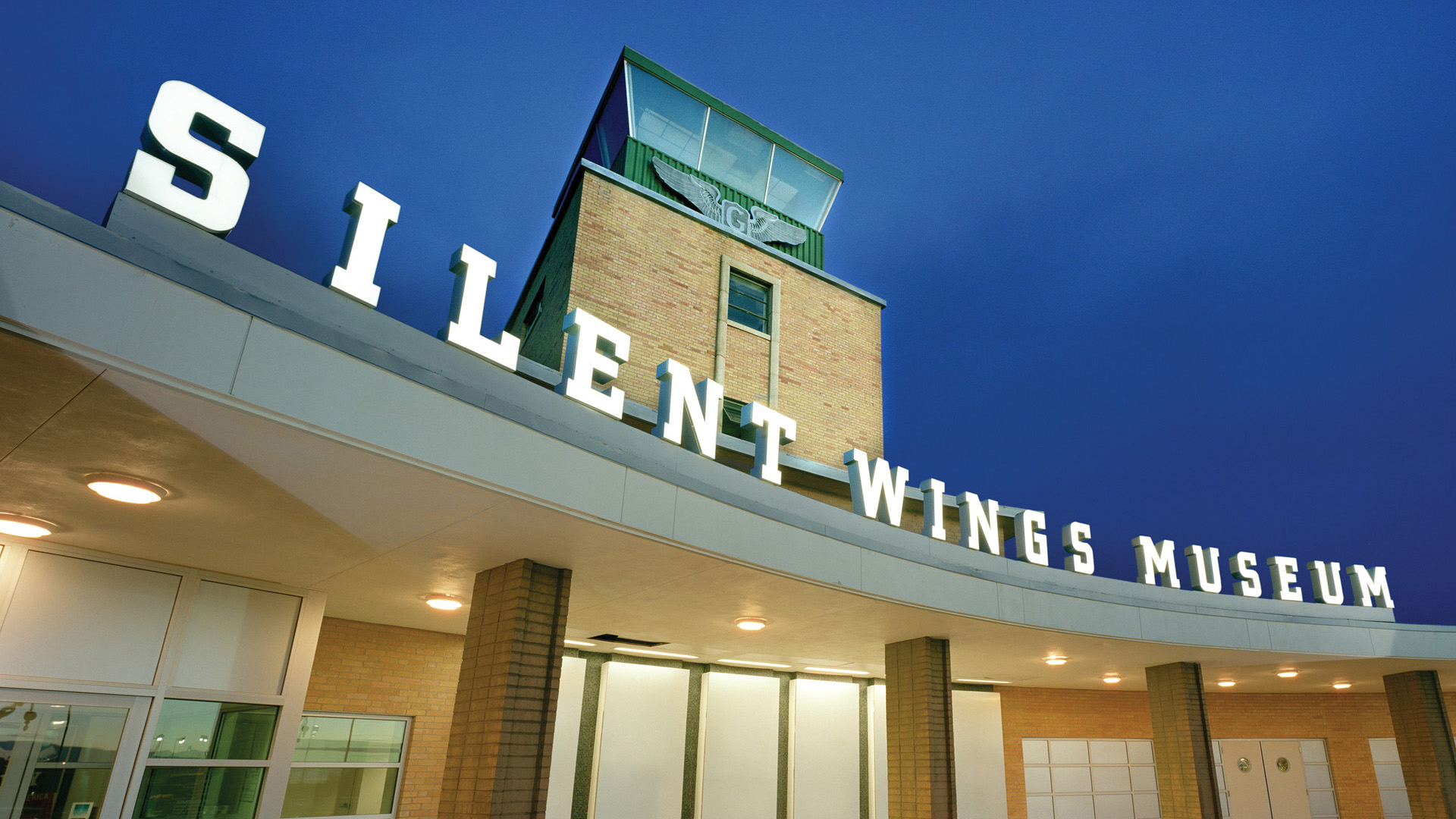 The Silent Wings Museum: Honoring the Glidermen of WWII

This article appears in: Fall 2015

During World War II, the use of airborne forces to “vertically envelop” the enemy went from an untested theory to a major part of offensive tactics, first for Germany and then the Allies. The huge U.S. and British operations at Normandy, into Southern France, Holland, and finally across the Rhine into Germany relied heavily on airborne elements.

For these operations to succeed, the paratroops on the ground needed instant support in the form of reinforcements and resupply, otherwise they could not have held their ground. Thus was born the combat/cargo glider.

In the United States, these huge “flying-boxes-with-wings” were piloted by a small corps of about 6,000 specially trained volunteers. They flew their unarmed and unarmored CG-4A gliders on one-way missions behind enemy lines in support of Allied airborne divisions, such as the 82nd, 101st, and 17th Divisions. The pilots then became infantrymen, performing “ground-pounder” tasks until they were released to make their way back to their home airfields for additional missions.

Approximately 80 percent of these forgotten flyers trained at South Plains Army Airfield (SPAAF) in Lubbock, Texas—located approximately 330 miles west of Dallas—going through their advanced training and receiving their “G” Wings at SPAAF. Located on municipal airport property leased by the Army from the city, SPAAF was a vital link in the training process for glider pilots.

After the war, SPAAF was closed and the facility returned to the City of Lubbock. A new, modern air terminal was built during the 1950s on the western edge of the old base while the cantonment portion of the base steadily disappeared.

SPAAF and the legacy of the glider pilots both seemed to be fading from history when, in the mid-1980s, a group of veteran pilots decided to launch their own museum in Terrell, Texas, east of Dallas. In the late 1990s, the aging pilots were determined to find a new home, with new ownership, for the museum. In 2002, the former Lubbock civilian airport terminal, which was standing virtually empty after a new terminal was built at Lubbock’s Preston Smith International Airport in 1975, became the new home of the Silent Wings Museum.

The old terminal building was completely refurbished and expanded to include a soaring, glass-walled Hangar Gallery. Outside the museum’s entryway, a vintage World War II C-47 stands guard, offering a preview of the exhibits inside.

The 40,000-square-foot museum houses one of the few fully restored CG-4A gliders in the world. The Hangar Gallery also includes an Aeronca L-3, a TG-4 training glider, a British Horsa cockpit section, and other glider-related exhibits. A separate space, the Combat Gallery, houses examples of the cargo carried by the gliders, including a small bulldozer, a Jeep, 75mm howitzer, quarter-ton trailer, and even heavy machine-gun and mortar teams. A theater provides the visitor with a 15-minute film highlighting the glider program. Interactive kiosks provide the patron with audio-visual interviews with pilots, while other kiosks feature film footage from the war. A research library is also housed at the museum.

The Silent Wings Museum is the only museum in the United States—and probably the world—dedicated solely to the interpretation and memory of the seemingly forgotten World War II glider program.

One thought on “The Silent Wings Museum: Honoring the Glidermen of WWII”