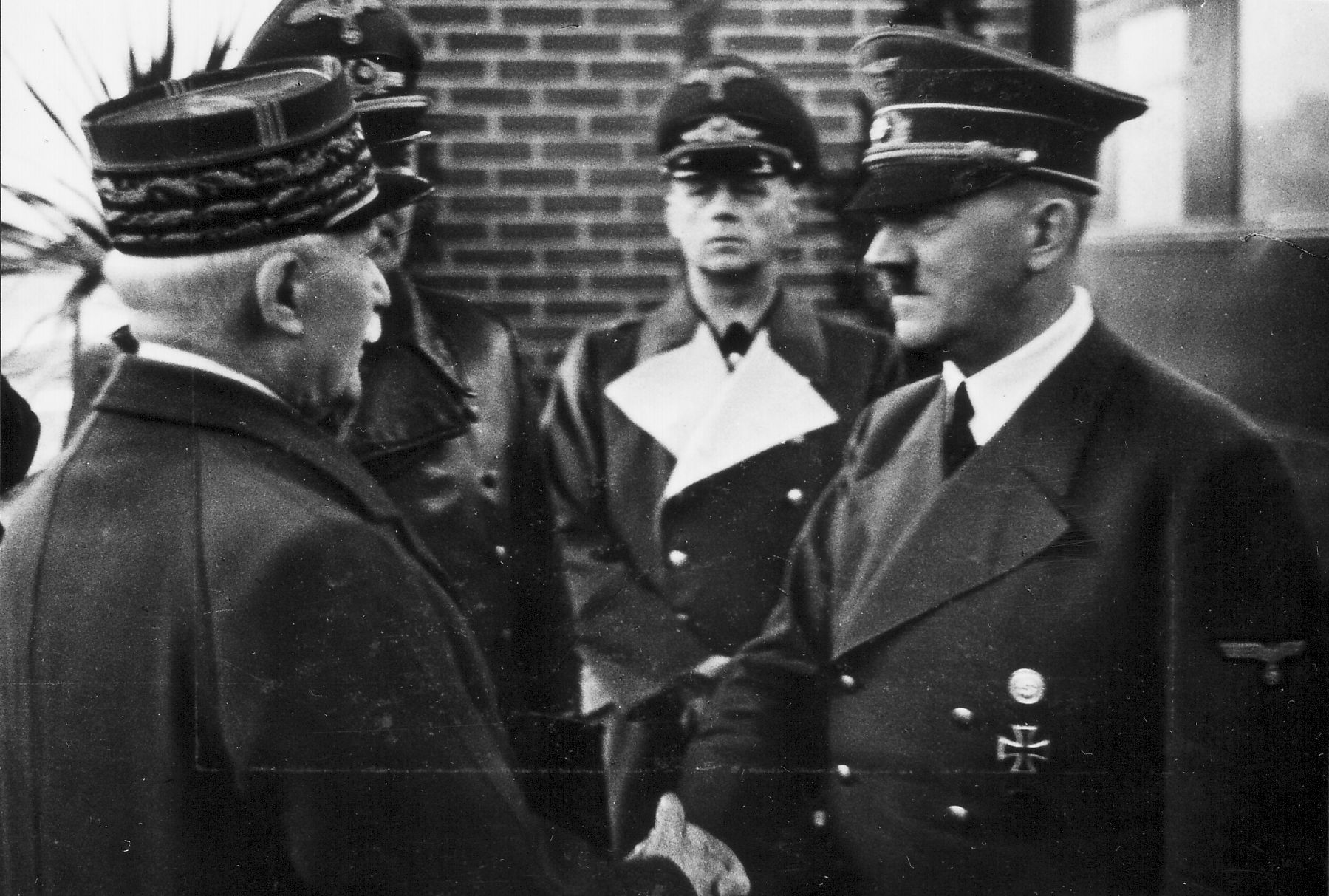 The Muddled History of Philippe Pétain

Was Philippe Pétain a traitor or a patriot? Read on to formulate your own opinions.

This article appears in: July 2009

He was, in the truest sense, a national hero. Philippe Pétain, Marshal of France, the hero of Verdun, is, however, best remembered in the modern world as a traitor, a collaborationist who sacrificed the honor of France to make a deal with Hitler and the Nazis.

To Resist or Support the Vichy Regime

When the Phony War came to a sudden and violent end on May 10, 1940, the armies of France and Britain were sent reeling by the onslaught of the German blitzkrieg. Clearly, within weeks, the Allied armies in the West were beaten. In desperation, it had been the National Assembly of France itself, seated at the resort town of Vichy, which called upon the elderly icon to assume emergency powers and deal with a situation that had become militarily and politically precarious.

In fairness, it was perhaps a circumstance from which few could have deftly extricated themselves. During the interwar years, Pétain had spoken plainly of his disdain for the political arena, even alluding to his preference for something more autocratic than a representative form of government. When the call to leadership came in July 1940, was Pétain in fact seizing an opportunity, executing a personal ascent to power as a pragmatic politico? In sharp contrast, was the 84-year-old statesman and soldier suffering from some sort of delusion, the onset of senility, or possibly an inability to think globally and comprehend the consequences of collaboration with his country’s historical enemy?

Regardless of his motivation or mental state, the fact remains that Pétain and his prime minister, Pierre Laval, administered a pro-German government in the part of France that was not under the military occupation of the Nazis. Their actions and acquiescence resulted in the passage of anti-Semitic laws, the deportation of Jews, and the restriction of personal freedom. Could Pétain possibly have rationalized that his actions were indeed for the benefit and the long-term survival of his beloved France?

In his defense, Pétain did actually remove Laval from office because of his extreme pro-Nazi policies. However, the Germans wanted Laval to continue passive cooperation and had him reinstated. Therefore, Pétain found himself without a viable option—perpetuate and endorse the puppet government at Vichy or resist at his own peril and that of what remained for France.

Three months before the German Army occupied Vichy in November 1942 following the Allied landings on the coast of French North Africa, Pétain was actually arrested by his erstwhile benefactors and taken to Germany. Knowing that the Allies would hold him accountable for his cooperation with Hitler and incarcerated by the Nazis, the aged general was a man without a country.

In April 1945, he was returned to France and faced the tribunal seated by the government of Charles de Gaulle, who had served under Pétain at Verdun nearly 30 years earlier. For his part, Laval was convicted of high treason and executed by firing squad that October. Pétain, however, was sentenced to death and later had that sentence commuted to life in prison, where he died in 1951.

For historians, the puzzle of Pétain is quite intriguing. Like de Gaulle, he was apparently willing to sacrifice personally for the future of France. However, the matter of perspective and political expediency may have guided him more forcefully than his former lieutenant. If Pétain did act in the best interests of France, as he was able to understand those interests, he had gravely miscalculated. If Pétain had sought to preserve the honor of his defeated and occupied nation, he chose the wrong path.

By 1945, the military commander who had fought valiantly for his country had compromised a storied career of service. As for honor, not a shred of his own remained.